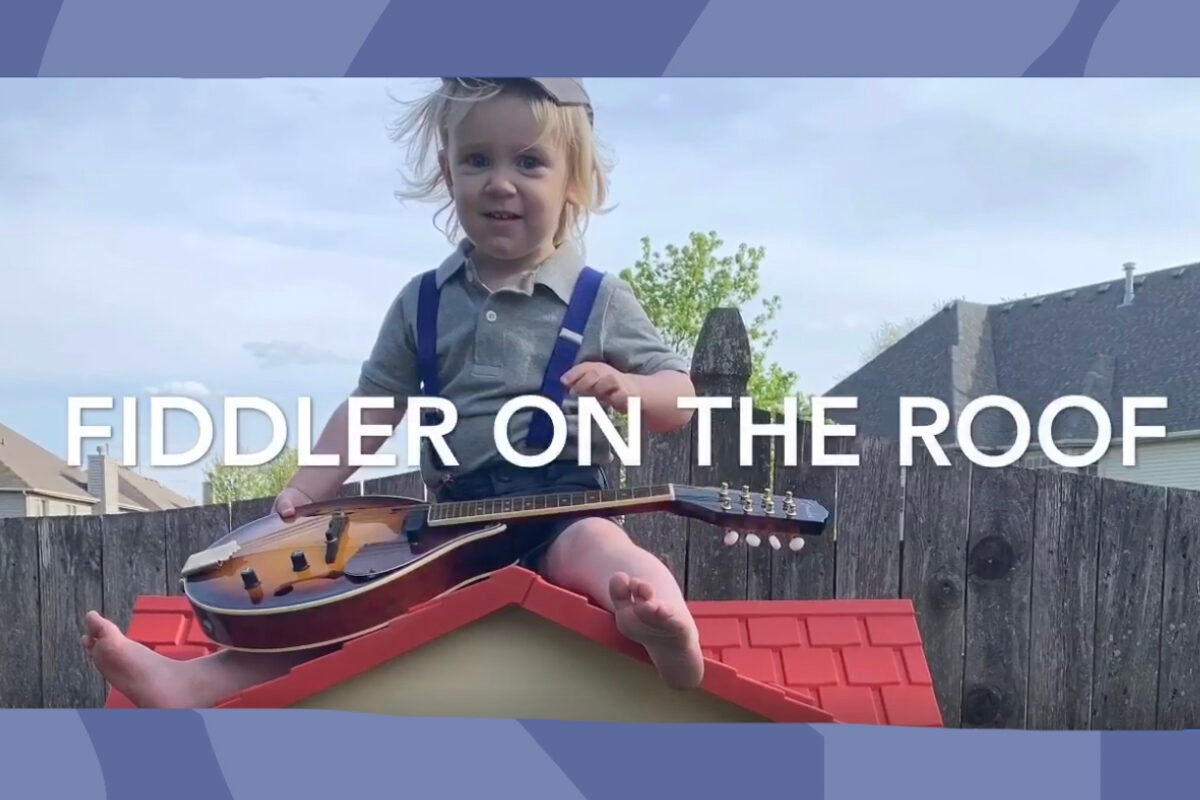 In case you didn’t know — and this is an important PSA — all three hours of Fiddler on the Roof are currently available to stream on Amazon Prime.

However, if you don’t have that kind of time these days, or if your kids aren’t quite ready for the unreserved, lengthy glory that is Fiddler, we have excellent news: One Jewish mom and her toddler have given us an amazing, abbreviated version of the musical that is sure to put a smile upon your face.

The video, at just over two minutes long, features all the main musical numbers from the iconic Jewish musical, in chronological order — with young Lucas Wesley-Buckley, who is all of 25 months, playing everyone from Hodel to Tevye. A Halloween ghost decoration guest stars as Fruma Sarah.

Lucas is beyond adorable, and the outfits and the props in the video deserve an award, too. In “Nasterovye,” Lucas shares the scene with a matryoshka (AKA nesting dolls) of leaders of Russia, from Medvedev to Putin to Czar Nicholas. Behind him is a cross-stitch of the cityscape of Moscow that was made by his grandmother.

Yes, this video is truly a masterpiece.

So, has young Lucas watched Fiddler on the Roof himself yet? Well, no. Lucas doesn’t watch TV or movies. According to his mom, Christen Wesley, a former social worker and full-time mom — who, since since the pandemic started, has been trying to keep her toddler busy in their Naperville, Illinois home while her husband works in the basement — Lucas is a lover of books. She says they read about 100 a day (and as a mom of a toddler, I can believe that) and he is very musical.

“One of his favorite books has Joseph Had a Little Overcoat,” Wesley, 31, tells Kveller. “When I’m reading him that book I sometimes point out illustrations that are similar to scenes in Fiddler on the Roof, and sing a few lines of the songs to him. After a while, I noticed that he knew a lot of the songs and could sing them by himself. So I asked him if he wanted to make a movie, and he did.”

The family filmed the video in their home, with props and costumes they already had.

“We made the movie in one day, except for ‘If I Were a Rich Man,'” says Wesley. “He wanted to go play with his train set, so I stopped filming and we did that last scene the next day when he felt ready.” (Awww.)

“My favorite scene is probably ‘L’Chaim’ because that’s Lucas’s favorite song,” Wesley says. (And I have to agree — this  excellent number features Lucas surrounded by bottles of liquor and it’s truly precious.)

As for Lucas, he’s thrilled with the result. “He’s been going around the house singing songs from it, and then clapping for himself and saying, ‘Great job singing!’ And, ‘I’m so proud,'” Wesley says.

We’re proud of you too, Lucas! We can’t wait for your next video!