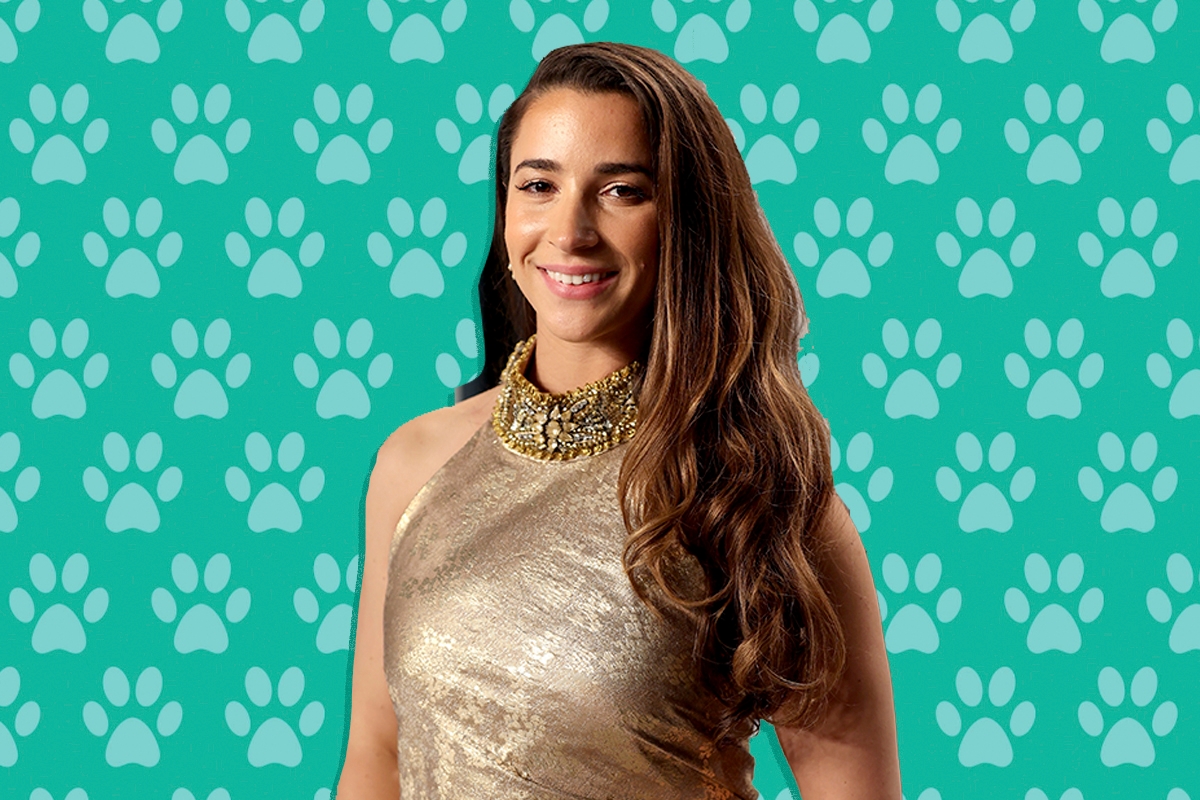 Jewish gymnast and Olympic gold medalist Aly Raisman has had quite the week. For those who follow Raisman, 27, on Instagram, you may know that she really loves her dog, Mylo, whom she rescued from a shelter in October 2020. After seeing this photo of Mylo as a puppy, along with other posts of the sweet pair, we also fell in love:

Alas, like so many dogs, the 1-year-old pup is apparently extremely afraid of fireworks. So much so, in fact, that he ran away the night of July 3, as many communities celebrated with fireworks on that evening.

Naturally, Raisman was devastated. Her social media platforms became dedicated to finding her dog, raising awareness to all her Boston-area followers that she was looking for Mylo.

According to PetAmberAlert.com, the holiday is one of the busiest days for animal shelters. “Animal control officials across the country report a 30% increase in lost pets each year between July 4th and 6th.”

After a challenging five days, Raisman shared an update that her sweet pup had been found by two women, Carla Duran and Gayle Cataldo, near UMass Boston on July 9th. Thank goodness!

Raisman later told WBZ-TV that the two “could not have been nicer and dog lovers. They’re such good people.” It turns out that Cataldo and Duran had been walking their own dog when they found Mylo! Dogs — like human babies — truly bring people together.

Naturally, Raisman praised the two as “HEROES” in her latest Instagram post, rejoicing that her Mylo had returned home.

On Twitter, Raisman thanked everyone who helped her in the process, including her Jewish parents, Lynn and Rick Raisman, for staying with her during this difficult time. After thanking the Boston community, an organization for missing dogs, and her friends, Raisman reflects “Last but not least, thank you to my amazing parents who slept at my place & helped me look for Mylo. There were many sleepless nights.”

could not have been more supportive. Thank you to the media for helping me get the word out. Last but not least, thank you to my amazing parents who slept at my place & helped me look for Mylo. There were many sleepless nights.

Of course, this is nowhere near the first time Raisman’s parents have stood by her during difficult situations. (Perhaps you recall how, uh, invested her parents were during the Olympic qualifiers and competitions? Honestly, this would be us!) During the sentencing of former USA Gymnastics national team doctor Larry Nassar — during which Raisman had to speak about the sexual abuse she endured — Raisman told the media how grateful she was that her mom joined her at court.  “Having my mom there for me makes me feel so much better — she always has my back,” she said. What’s more, Lynn Raisman also spoke out about the antisemitism her daughter faced during the trial.

It turns out that Raisman’s mom was the one to receive the call about Mylo being found. She then called Raisman “hysterically crying” to tell her the news. What a beautiful moment, and we are completely kvelling at Raisman’s gratitude to everyone who helped her locate her missing pup:

I hope I can help others the way that you all have helped me. From the bottom of my heart, thank you. I will never forget your kindness.

We are so glad that Mylo has been found, and that Raisman had the love and support during this challenging time. We wish the pair a lifetime of joy and treats together!