About Kveller – Kveller
Skip to Content Skip to Footer

Whether you grew up observing Shabbat every Friday night, or had your first taste of matzah ball soup when you married into a Jewish family, there’s no one way to parent Jewish kids. Kveller is here to give you ideas you can run with–ideas for first-time parents, interfaith parents, queer parents, adoptive parents, and everything in between–with the hopes that you can find information and inspiration that is right for your family.

Molly got her start with Kveller as a wee intern way back when the site first launched in 2010, and was the editor of Kveller from 2014-2017. In 2017, she founded Alma, a Jewish culture site from 70 Faces Media. Now she’s the proud (busy) editor of both Kveller and Alma. Molly is a writer with an MFA in fiction from Sarah Lawrence College, ostensibly working on a novel in her free time (don’t ask her how it’s going). She lives in New Jersey — and on Twitter and Instagram. You can reach her at molly@kveller.com.

Lior was previously a digital fellow at the Forward, where she wrote about funky yarmulkes and short Jewish men, made comics of bad date stories in a series called #OyDate, created animated-gif, illustrations and drafted thousands of social media posts. Lior is a cartoonist and illustrator, her work was featured in exhibitions from Israel to Canada and has been honored by the Society of Illustrators. You can contact her at lzaltzman@70facesmedia.org and follow @ liorca 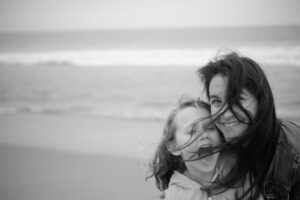 Daci Platt is a pop-culture obsessed writer, amateur illustrator, and mom of a seven-year-old. Before she took over social at Kveller, she worked in marketing at a Jewish Federation and begged them to let her use memes, to no avail. Like many social media managers, she has all but stopped posting on her personal accounts but you can find her in most places @dacijaye.

Rebecca joined the Kveller team after stints working for, writing for, or consulting for seemingly every other parenting site in existence, including CafeMom, Mom365, Parents.com, and NY Metro Parents. She has many years of experience writing about Jewish life and religion, and loves combining her two primary interests — parenting and Jews — for Kveller. When she’s not working, she’s playing the role of soccer mom and chess mom to her two boys in Brooklyn. Follow her at @ContentBecky

Deborah started Kveller in 2010 after her first daughter was born. She is a journalist and editor and has written for The New York Times, the New York Daily News, the Financial Times, and the Forward. She spent her first pregnancy living in Berlin where her doctor prescribed blood sausage to combat anemia and her second pregnancy eating Twizzlers. These days she lives in Brooklyn with her husband and two daughters. You can find her on Twitter and Instagram.

Jennifer received an M.S.W. from Columbia University, an M.A. from the Jewish Theological Seminary, and a B.A. from George Washington University. When she isn’t working or parenting, Jennifer is an avid knitter and gluten free baker. She lives with her husband and sons in Teaneck, New Jersey. You can follow her at @JModlinger and reach her at jennifer@kveller.com.

Want to write for Kveller? See our submission guidelines here. Have a general inquiry or want to advertise on Kveller? Click here.