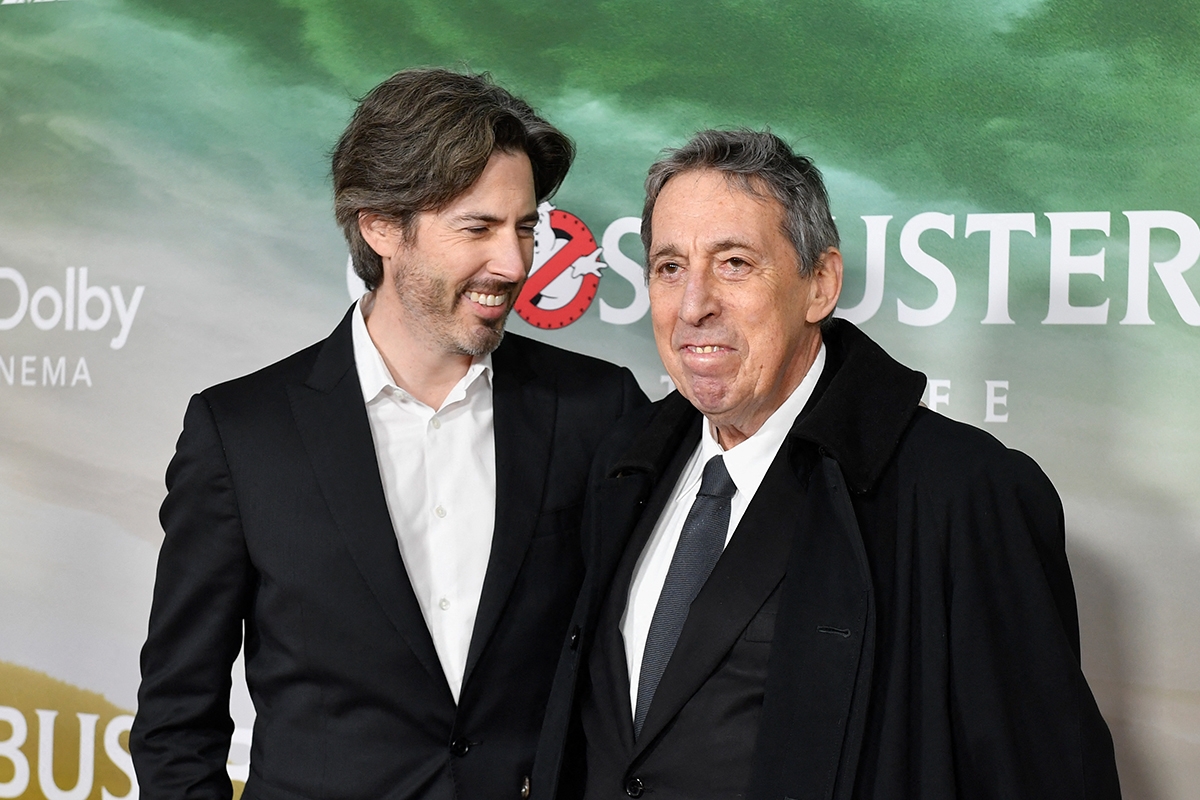 Prolific Jewish filmmaker Ivan Reitman just passed away at 75. If you are a millennial or a Gen X-er, you probably grew up on his movies, from “Twins” to “Ghostbusters.” As a producer and director, he’s given us some of the most iconic family comedies. He also directed both Bill Murray’s first feature film, “Meatballs” (that’s right, if you’ve loved Murray in anything, you have Reitman to thank for it), and gave Arnold Schwarzenegger his first starring comedic role in the iconic “Kindergarten Cop.” He was an incredibly gifted filmmaker — and also an amazing Jewish dad.

Reitman’s movies were daring, funny and incredibly diverting. He always wanted to make his viewers laugh, a mentality informed by growing up as the son of Holocaust survivors.

“Look, I’m an immigrant. I escaped Czechoslovakia with my parents in 1950. We’re Holocaust survivors. So my whole thrust was to entertain. I think my job as a film director was to make the most entertaining movies ever made,” he told the Toronto Star in 2009.

Reitman was born in Czechoslovakia in 1946. His mother survived Auschwitz, and his father escaped a concentration camp and became a Slovakian resistance fighter. After his father’s factory in Czechoslovakia was threatened by the local communist government, his family escaped Europe, arriving in Toronto in 1950.

“I remember flashes of scenes. Later, they told me about how they gave me a couple of sleeping pills so I wouldn’t make any noise. I was so knocked out that I slept with my eyes open. My parents were afraid I was dead,” Reitman told the Associated Press in 1979 about his experience escaping to Vienna in a barge.

It was Ivan’s Jewish dad who convinced him to follow his passion for storytelling. When Reitman was a film school student, he decided to open a sandwich shop. Yet when he told his businessman dad about his plans,  “my father told me, ‘Ivan, I’m sure if you wanted to open a sandwich shop, you’d do really, really good and you’d be really successful. But I don’t think there’s enough magic in it for you,'” Reitman recalled in an interview.

Ivan later said the same thing to his oldest son, filmmaker Jason Reitman, when he told him he was thinking of becoming a doctor:

“I told [Jason] that story about my father and the sandwich shop, and I said, ‘Jason, I’m sure medicine is a very noble profession and you’d do very well in it as a doctor, but frankly, I don’t think there’s enough magic in it for you. You shouldn’t be afraid of going into something more artistic, if that’s where your heart is.'”

Reitman had three children: two daughters, Catherine and Caroline, and a son, Jason, with his wife, actress Geneviève Robert whom he married in 1976. Robert converted to Judaism, and the two raised their kids Jewish. On Father’s Day last year, his daughter Catherine Reitman shared a bit about the two of them at her bat mitzvah — they danced to “My Girl.”

Family was front and center for the prolific filmmaker. He and his wife decided that he would always try to be present for them even while working: “I tried to schedule my directorial work so that a big bulk of it would happen during the summer so that the family could be together if I was on location. I gave my three children small roles and small jobs to do. Without really knowing it, I think I was sort of indoctrinating them into the world.”

That passion for filmmaking sure seeped in — both Catherine Reitman and Jason Reitman work in TV and film. Catherine is the star, director, writer and producer of the incredible CBC series “Workin’ Moms,” and Jason is the celebrated director of films like “Up in the Air” (his dad was a producer on that one), “Thank You for Smoking,” “Juno” and “Young Adult.”

Ivan said that Jason’s movies are so different from his because “he grew up in Beverly Hills and Bel Air. His DNA doesn’t have the built-in worries that mine had.” Still, it’s clear that his family’s story of survival and Jewish identity informed Jason.

“Every Jewish family is a miracle,” Jason wrote after the Tree of Life shooting in October of 2018. “We can tell you of the kind stranger, secret passage or divine moment where by luck, our family line persisted. I read these names and see the faces of my grandparents’ synagogue. The thin line they’ve walked to endure. What a waste of a miracle.”

Reitman and his children were incredibly close.

“Three days a week, I spend my lunch break walking my neighborhood, talking to my dad on the phone. It centers me. It drives me. It reminds me of what matters,” Catherine wrote in a Father’s Day post. “Many think I’m lucky to be his daughter because of his success — which of course is true — but I know I’m even luckier because of his heart.”

“It just took my breath away,” Ivan said about Jason’s story pitch for the movie in an interview with Empire. “I literally cried; I even cry right now when I start to think about it. It was a very emotional experience.”

“It was gratifying and mostly it was emotional,” Ivan said about the experience of making the movie together. “I found myself really having to control my tear ducts on a kind of regular basis because it just meant so much to me that Jason was doing it… it’s not that it wasn’t funny, I could tell that it was funny, but I was sort of approaching this as a father.”

All three of his children shared heart-wrenching posts on social media after Reitman’s passing:

“Words cannot describe how lost I truly feel without my Dad here. He brought so much joy, laughter and magic to life. He was the best storyteller,” wrote his youngest daughter, Caroline.

“Dad, I don’t know how to do this without you,” Catherine wrote on Instagram, sharing a beautiful childhood picture of the two of them together.

“I’ve lost my hero,” Jason wrote, sharing a carousel of pictures of the two of them together. “All I want in the world is the chance to tell my father one more story. He came from a family of survivors and turned his legacy into laughter. Thank you for the many messages of kindness. Please enjoy his movies and remember his storytelling gifts. Nothing would make him happier.”