Is There Anything Jewish Mama Rain Pryor — Richard's Daughter — Can't Do? – Kveller
Skip to Content Skip to Footer

Is There Anything Jewish Mama Rain Pryor — Richard’s Daughter — Can’t Do? 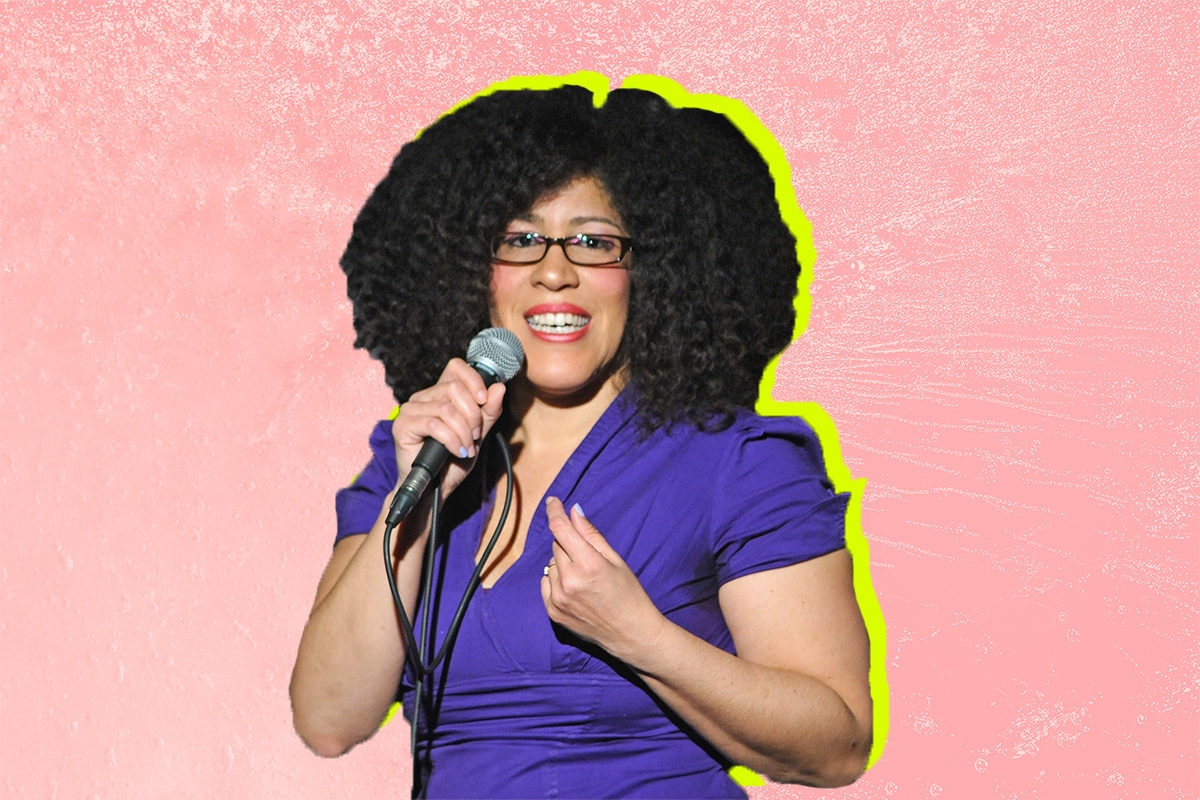 Rain Pryor Vane may be the daughter of the notorious, late comedian Richard Pryor, but she has never lived in her father’s shadow.

A singer, actress, author, and comedian, Rain carved a space of her own in the entertainment industry. But last week, the Jewish mom announced she’s dipping her toes into another pool: politics.

On July 16 — her 50th birthday! — Rain shared with her Facebook followers that she officially registered to run for Baltimore City Council. Her aim is to unseat Councilman Ryan Dorsey, whose behavior she describes as “my way or the highway,” according to the Baltimore Sun.

What prompted this pivot to politics? Her 11-year-old daughter, Lotus. Displeased with how school officials handled bullying at her daughter’s school, Rain decided to do something about it.

“I’m listening to the people who have lived here for generation after generation,” Rain said. “We need to keep them here and invite new people to come and stay in our community.”

To honor Rain’s birthday and first political endeavor, we gathered 15 fascinating facts you should know about the black Jewish mom.

1. Yes, Rain Pryor’s father is the late comedian Richard Pryor. Her mother is Shelley R. Bonus, a former Jewish go-go dancer turned astronomer(!). Her parents married just four years after the infamous Supreme Court case of Loving v. Virginia, which protected interracial marriages. So when Rain — a product of an interracial marriage — was born in the tense political climate, she was faced with immense racism. “I’m a product of this thing that everyone was against,” she said on Oprah.

2. Her parent’s marriage was short lived; they divorced when Rain was 6 months old. Despite her father’s fame, Rain, who lived with her mother and was largely raised with the help of her maternal bubbe and zadie, said she essentially had “a normal life.”

3. In her book, Jokes My Father Never Taught Me, Rain wrote that her maternal family urged her mother, Shelley, to put her up for adoption as opposed to raising her “in a world that wasn’t ready for biracial children.” But Shelley thought that Rain’s birth would change America, and, obviously, did not heed her Jewish parents’ advice.

4. Growing up as a biracial child, Rain was rejected by both the African-American and Jewish kids in her life. In an essay, Rain wrote: “Many things were brought to fruition: the coarse and kink and ‘bigness’ of my hair, the olive-toned skin, the ‘you need to get your black back’ (as if it went somewhere), the ‘you’re not Jewish because Josh (the hot white boy) only dates Jewish girls,’ to the culmination of it all: ‘N*****.’”

5. It wasn’t until she created the one-woman show, Fried Chicken and Latkes, that she resolved her difficult childhood as a black Jew. Rain wrote that the boy who called her the n-word attended one of the performances and “immediately afterwards, with tears in his eyes, approached me and said, ‘We need to have coffee. Obviously we have a lot to talk about.’”

6. Here’s a great line from her solo show: “I’m black and Jewish, which means I’m proud, but yet I feel so guilty for it!”

7. After attempting suicide for the second time when she was 16, Richard Pryor gave Rain a sports car and encouraged her to drive it home. There was just one problem: She didn’t have a driver’s license.

8. Rain is also a small business owner! Raindrop Confections is a gourmet bakery serving “portrait and whimsical cookies using royal icing.” Each sweet treat is handcrafted by Rain, who credits her Jewish grandma, Bunny Bonis, for teaching her how to cook and bake. Family legend is that Grandma Bunny only shared family recipes with Rain, “leaving her aunt and mother clueless as to what really went into making the brisket.”

The series for a Hopkins professor. I am part of an amazing culture of brilliance, and survival. Here’s to the shoulders we stand on. #edibleart #cookieartist #confectionery #cookiedecorating

A post shared by Raindrop Confections LLC (@raindropconfections) on Feb 12, 2019 at 1:00pm PST

9. As for her observance, Rain describes herself as “a black Jew who lights Shabbat candles and observes the holidays and the yahrzeits of her father and grandfather,” the Times of Israel reports. Both her Jewish side and her father Richard’s African mystic traditions are important to her: “I think spirituality is a very private and individual experience, and I think that combination with my Judaism makes me who I am.”

10. Rain detailed her father’s sexcapades in her book, writing that there were “so many hookers coming in and out” of Richard’s house that it was just deemed as normal. One time, Rain overheard a few sex workers complain that Richard had yet to pay them. Already a budding comic at age 8, Rain told her father at Thanksgiving dinner, “Daddy, the whores need to be paid.”

11. Like her father, Rain was married a few times. Unlike her father — who had seven children with six different women — she only had one daughter. Rain went through a series of miscarriages before giving birth to Lotus Marie, 11, who she shares with her second ex-husband, Yale Partlow. In 2018, Rain married her third and current husband, Dave Vane.

12. Rain moved from Los Angeles to Baltimore to raise Lotus: “I wanted a life outside of Hollywood. A life that I created on my terms. Sure, I could have stayed, I had a financially prosperous career in entertainment. But I wanted something more meaningful and real.”

13. In 2008, Rain played the role of Sarah Palin’s makeup artist in Game Change, a movie about the 2008 Republican vice presidential nominee. “Sarah Palin is going to be so ticked off to see that her makeup artist is being played by a black Jewish girl,” Rain said. “I pass for a white girl. Now that’s acting.”

14. On top of being a mother, wife, author, and actress, Rain is also a successful singer, motivational speaker, and playwright. She made her television debut in 1989 as T.J. on Head of the Class — the character was based on several characters she performed  at her audition — and has performed jazz to sold-out shows since 1993.

15. Rain was named the Strand Theatre’s artistic director in 2012, and made it her mission to elevate women: “The voice of the woman is kind of lost in the theater world, which is still very male-dominated.”

Header image via Bobby Bank/Contributor/WireImage and Jose A. Bernat Bacete/Moment/Getty Images Plus