Kelly Clarkson Sings in Hebrew and Gives Us Goosebumps 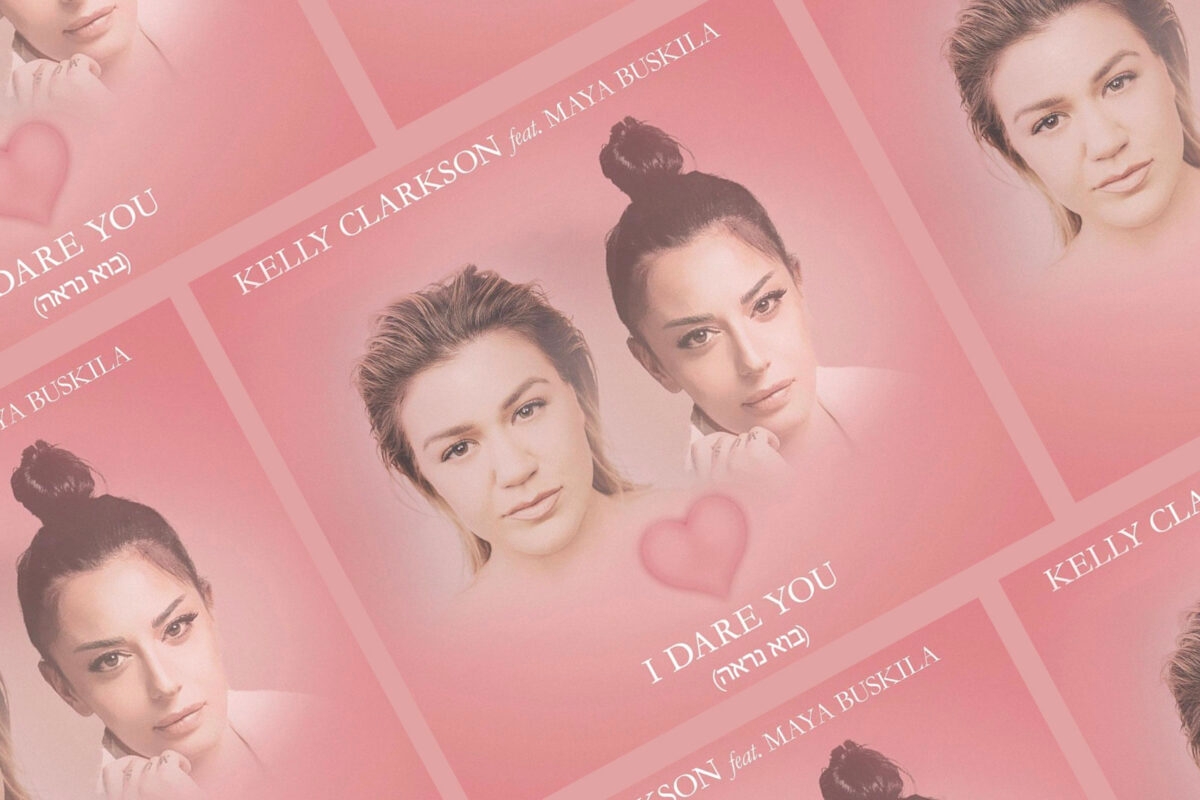 When Israeli singer Maya Buskila was invited to do a duet with Kelly Clarkson, she couldn’t believe her luck. I mean that literally: She did not believe it. “I said, are you kidding me? Is this April Fool’s day?” Buskila recalls in an interview with Ynet.

But it was no joke. Clarkson had chosen to collaborate with Buskila, a singer known for hits like “HaLev” (“The Heart”), after seeing videos of the veteran Israeli singer in “The Next Star,” a reality TV contest whose winners get to compete in the Eurovision. (Buskila, a 42-year-old mom of one, who had hit albums in the noughties, competed in the 2018-2019 season of the show and made it to 4th place.)

That was just the tip of the iceberg, however. Not only were the two singers going to collaborate, they were going to record a Hebrew version a version of Clarkson’s new tune, “I Dare You.”

For that purpose, Buskila had to teach the American Idol winner from Texas some Hebrew, which they did over Whatsapp. “It took us almost two months,” Buskila told Ynet. “We worked a lot on her ‘resh’ letter sound.”

Collaborating with Clarkson, Buskila told Ynet, was one of the few moments of her career that was so joyful it truly rendered her speechless. “The work with Kelly was really moving, she is professional, exacting and a wonderful singer,” she said.

The result is truly beautiful and moving. “Bo Nir’eh,” which translates literally into “Let’s See You,” was loosely translated by Noam Horev, and the lyrics in Hebrew are so powerful and flowing. Hearing Clarkson singing in Hebrew is so special, and Buskila’s vocals are, honestly, just as incredible.

This Hebrew-language duet  is part of a larger international project for the American singer and talk show host: “I Dare You” was recorded in six languages. In addition to English and Hebrew, by Clarkson and Buskila, Clarkson also collaborated with Moroccan-Canadian singer Faouzia, whose music you really should check out; a French version was sung by Clarkson and Zaz, one of my favorite French singers; there’s a German version with duo Glasperlenspiel; and a Spanish version with Blas Canto, who was supposed to represent Spain in this year’s canceled Eurovision (weep!).

The group was supposed to shoot a moving international video for the song, but because of the coronavirus outbreak, they had to postpone that plan. So instead, Clarkson had her collaborators appear virtually on her show, and they also recorded a lovely social distancing version for the song in their own homes.
The resulting “mega mix” got me straight in the heartstrings. Seeing these languages all melt together into one beautiful song, with people representing countries where Jews were persecuted (like Germany and Spain) with the sound of Buskila’s pure and strong Hebrew is nothing short of incredible. (Yes, I may have shed a tear or two seeing Faouzia singing along with Buskila.)
Seeing this beautiful song — with its message of love, inclusivity, and daring to speak out in the face of adversity — sung together by amazing voices from across the globe is an important reminder that we are all going through this together.