Knitting Together — With a Powerful Connection to the Holocaust 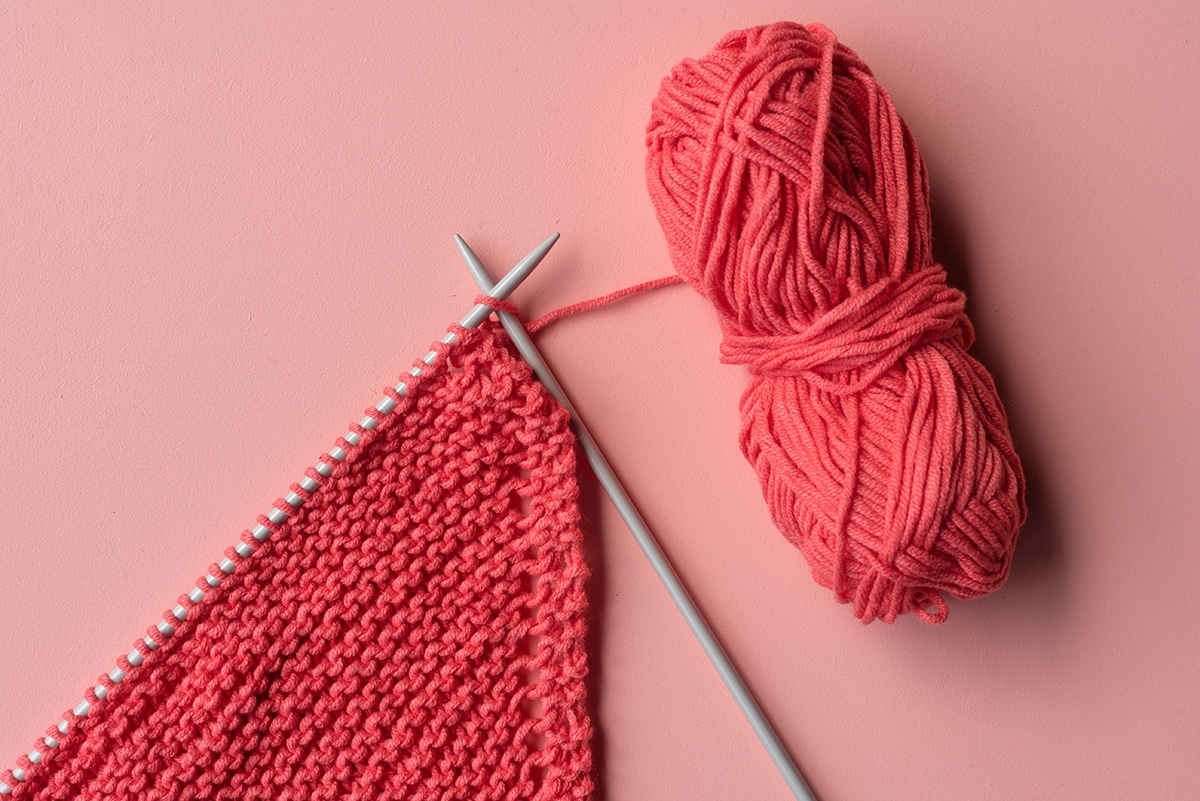 Mary Wagner can see Susan Remson’s condo from her kitchen, but their paths never crossed until they began to knit together. Mary, a Catholic judge, and Susan, the wife of a rabbi, both joined a local knitting group in Kenosha, Wisconsin, which helped them develop a deep bond. “We talk politics, books, community issues, and every once in a while, the mayor pops in to join the discussion,” says Mary. But when the pandemic began, the group stopped meeting, which created a gaping hole for them, along with so many knitters. As they looked for an opportunity to put their needles to good use, the women found their way to my virtual Knit Along — and, by extension, to a powerful reminder of how knitting can connect us not only to each other, but the past.

My Knit Along started after I learned about the story of Judy Fleischer Kolb. Judy was born in Shanghai in 1940, after her family had escaped Nazi Germany following Kristallnacht. There, she lived with her parents and grandparents in poverty, under deplorable conditions; still, they were grateful to have their lives and each other — which couldn’t be said for the other family members who stayed in Germany and perished in the camps. After the war, they all were able to move to the United States.

Years later, Judy was asked to donate some of her family’s documents from that time to the soon-to-be-opened Illinois Holocaust Museum and Education Center. It was then that she rediscovered a little red dress that her grandmother, her “Omi,” had made for her while Judy was a girl in Shanghai. The dress made its way to the Holocaust Museum, where volunteer docents also knitted 60 versions of the dress to be shared with Holocaust educators across the country.

I was so moved by this story, I wrote about it and knew I wanted to keep the inspiration going. So, I hosted a virtual Knit Along with fiber artists from around the world to knit a contemporary version of the little red dress. The group met twice weekly for six weeks. Knitters love the chance to be together, even virtually, and to be in a community of other makers. During Knit Alongs, we knit, we talk, we get to know one other better. Our shared love of the craft supersedes cultural and religious backgrounds, and geographic barriers.

That’s why Mary and Susan’s friendship immediately caught my attention: The Little Red Dress Knit Along gave Mary and Susan the sense of community they craved, and an opportunity to connect across cultural divides. Mary was grateful to hear stories of resilience, saying “during a time of COVID, I was taken up by a message of overcoming obstacles and meeting interesting and intelligent women. What a reprieve!”

As we all knit our little red dresses — a symbol of a family’s journey from certain death had they remained in Germany and then to rebuilding their life in America — we were reminded of the power of objects to spark conversation and build lasting bonds. Mary and Susan had already participated in The Green Sweater Project, a Knit Along project that re-created a child’s green sweater that belonged to Krystina Chiger, whose family hid in the sewers under the Lvov Ghetto for 14 months to avoid certain death during the Holocaust. That experience had brought new meaning to their knitting. Now, The Little Red Dress Knit Along provided another outlet for them to discuss a difficult time in history.

In the end, Susan and Mary had two beautiful re-creations of this symbolic artifact, which they both enthusiastically donated for educational purposes. Susan’s version went to the local synagogue Beth Hillel Temple in Kenosha, while Mary donated her rendition to The Illinois Holocaust Museum and Education Center in Skokie, Illinois. The Little Red Dresses were housed miles away from one another, but were both were knit with friendship and love in every stitch.

Months after the group finished knitting along virtually, Mary and Susan joined my group visit to the Illinois Holocaust Museum and Education Center this past August. The group toured the special exhibition, Shanghai: Safe Harbor from the Holocaust. There, they met Judy Fleischer Kolb herself and saw her hand-knit red baby dress hanging on the wall of the museum alongside family photos and papers. Judge Wagner, who seemed so commanding from her bench in the Kenosha courtroom, was a small-but-mighty 5-foot-tall woman who came through the doors with her friend Susan. We took photos, gave air hugs and our smiles beamed beneath our masks. Mary and Susan, both so open to others, made us all feel like their friends.

That is the power of the knitting group: to join together over a shared love of fiber arts; to forge friendships across location and differences; and to step out of your comfort zone and find meaning in small moments and small objects.