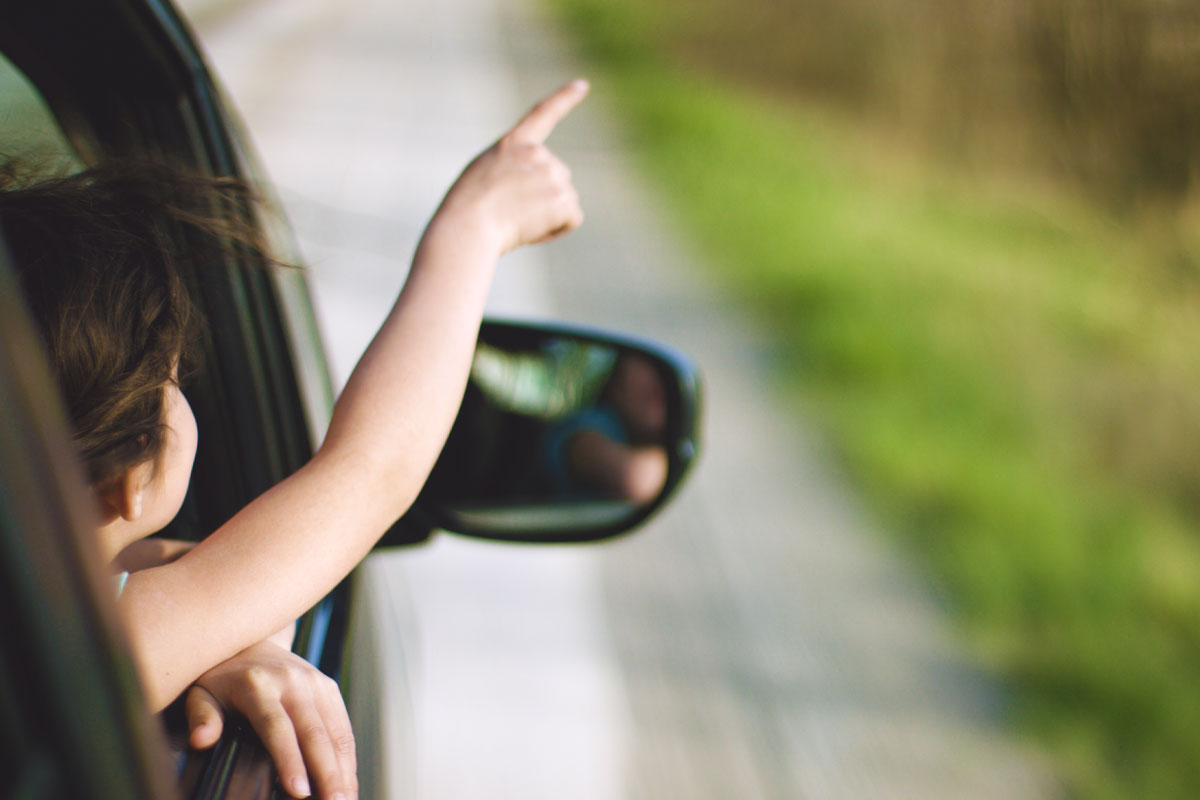 “LOOK AT THAT!” my 7-year-old exclaims as we drive away from her JCC swimming lessons.

“Wow, cool,” I say without looking, because a) I’m driving, b) she says this approximately 24 times per drive and it’s never interesting and c) I’m lost in the soundtrack to the Disney Channel Original Movie “Zombies” which I regret to inform you is incredibly catchy.

“Those poles are new!” she follows up.

“OK cool,” I repeat, pausing to let someone cross the street into the JCC. As I do, I glance at the poles she’s talking about — four of them, about four feet tall, directly in front of the entrance —  and am transported to a moment three years earlier, sitting in a cubicle at a Jewish nonprofit, trying to create the perfect social media caption that would encourage potential donors between the ages of 25-40 to give to our organization.

“So sorry to interrupt you,” a voice had said over my cubicle wall. “But we need someone to copy-edit this grant.” It was our Chief Financial Officer. He handed me a binder that must have weighed three pounds. “By this afternoon.”

Whatever brilliant caption I was planning would have to wait. Surely I could edit this massive document in the next two hours before I had to pick up my preschooler from the JCC.

“It’s a security grant,” our CFO explained. “We’re looking to get money for security in the community.” I nodded, told him I would take care of it, and started reading it. I will paraphrase here, to the best of my memory:

The JCC will ALMOST DEFINITELY be attacked by RAMPANT NEO-NAZIS if you do not give us this money. The most vulnerable population serviced by this JCC? THE PRESCHOOLERS.

I looked up. Was I, the only person at this organization with a child at the JCC preschool, really the best person to edit this document? I checked the app that kept tabs on my daughter; she had once again not napped. Nothing out of the ordinary, but of course I remembered the time I had picked my phone up to check the same app and seen a picture of her, a toddler, sleeping on her teacher’s shoulder in an undisclosed location. “Safe and sleeping,” the message read then. Her cheeks were pink, having just been carried to safety, half a mile in the midwest winter, after a bomb threat.

I got back to the document. It basically went on like this:

To repeat, THE PRESCHOOLERS AT THE JCC ARE AT RISK OF BEING HURT BY:

PLEASE PICTURE IN VIVID DETAIL THESE POOR LITTLE CHILDREN AND THEIR HERO TEACHERS TRYING TO ESCAPE THESE HORRORS THAT WILL ALMOST CERTAINLY BEFALL THEM IF WE DON’T GET THIS MONEY.

The grant went on to explain that the money was needed for a variety of standard safety considerations, including construction of bollards outside the front doors to deter cars from driving into the building. Bollards — also known as poles.

I copy-edited the shit out of that grant. We were going to GET that money. We were going to BUILD those poles. I handed the binder back to my colleague, got back to my other work, picked up my daughter, made dinner, put my daughter to bed, made her toast for breakfast, went back to work (we never found that magical social media caption), heard about something called COVID, stayed home for two years, got a new job, watched my daughter graduate from the JCC, forgot about that grant.

“Huh,” I think to myself as I look at the poles. The bollards. “They did it.”

I think — as I often do — about how much I envy her innocence. To her, they are poles! In her favorite color! She has no idea that the infrastructure surrounding her — the bright green poles, the friendly security guard who greets her before swimming, the six different times we have to scan a card to get to the pool, the fact that the word “Jewish” isn’t written anywhere on the building and the fact that the JCC is tucked away down a long inconspicuous street — is because there are people out there who want to hurt her.

But I think she’s close to figuring it out.

Recently we were leaving a friend’s house. The World Cup was on TV, and during that 12-minute period between saying goodbye and actually leaving, we were discussing the match.

“I’m not cheering for Germany,” my daughter announced to her friend and their parents. “My dad says they killed my family.”

“OK BYE,” I said, nearly knocking over their Christmas tree as I got us out the front door. “Have fun explaining that one!”

Parenting is one giant jumble of contradictions. I envy her innocence at the same time I mourn her lack of innocence, at the same time I marvel watching her brain make connections that make no sense because wasn’t she literally just a lump who couldn’t even hold her own neck up?

I’m not looking forward to the day she further connects the dots and asks me some version of “why do people want to hurt us?” (The last time she asked me a hard question, I panicked and blurted out the first thing that came to mind — “Did you know that some chimpanzees speak sign language?” — which had absolutely nothing to do with what she asked.)

But I take solace in the fact that I’m not alone in this — that every parent dropping their kid off at the JCC and walking in between the bright green poles will have to grapple with this question at some point. And maybe one day, on our way in to swimming lessons, I’ll stop, tap the pole, and explain how even though, yes, there are people trying to hurt us, there are also people — like your mom — trying to stop them.