My Grandparents Survived the Holocaust. Then It Was Off to New Jersey to Farm. – Kveller
Skip to Content Skip to Footer

My Grandparents Survived the Holocaust. Then It Was Off to New Jersey to Farm. 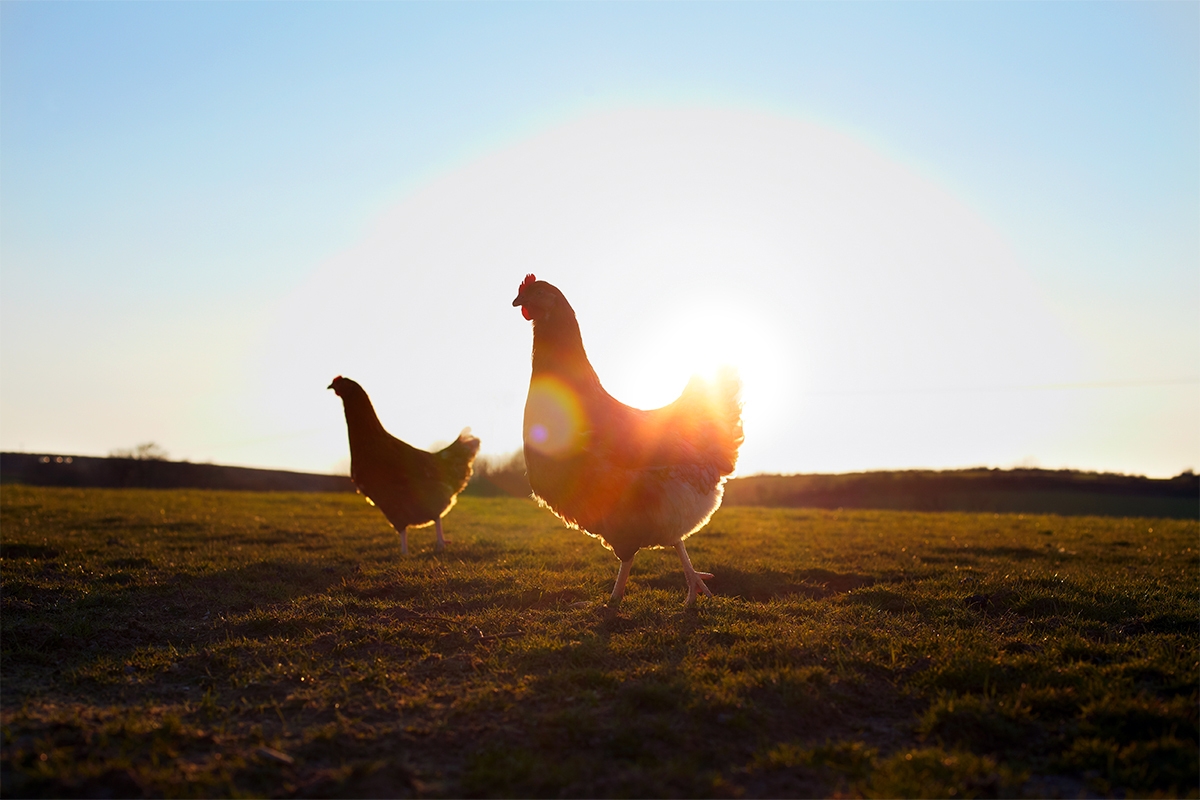 The Holocaust scrambled the life trajectory of every survivor, including my grandmother, Bronia Green, who, growing up in urban Poland, never imagined that she’d wind up settling on a poultry farm in southern New Jersey one day.

Her living arrangements as an egg farmer proved as unexpected as the rural surroundings. She shared a three-bedroom farmhouse with her childhood best friend, Dina Liverant, the closest either of them had to a sibling after losing their entire families during the war.

Together with their husbands, they looked after 3,000 hens while raising my mother Ruth and the Liverants’ daughter, Dorothy, born two weeks apart soon after the war ended.

Bronia survived the war hiding in a Polish forest alongside my grandfather while Dina hid in their hometown of Lublin. They reunited soon after liberation in Lublin where Dina met her husband.

They traveled together to a displaced persons camp in Bensheim, Germany, and then shared passage to America on a former U.S. troop ship in early 1947. After a few frustrating months in New York, the two families decided to buy a 10-acre farm together in Vineland, N.J. with help from the Jewish Agricultural Society.

The JAS, a philanthropy that had assisted prospective farmers for decades, viewed raising chickens as ideal for refugees who had little capital or prior agricultural experience. Poultry farming didn’t require much land and, as many of the farmers later joked, the chickens didn’t mind if you spoke Yiddish to them.

But the JAS discouraged families from trying to settle together on a single farm. “A partnership in a farm puts not only the head but the entire family into the partnership,” a JAS official observed in 1943. “A clash of temperament is almost inevitable.”

My grandparents ignored that advice before moving to their farm together with the Liverants in December 1947. Each family claimed one of the two coops as their own, but otherwise functioned as a single fused household.

Bronia and Dina jointly raised their daughters and cooked together, with a menu, not surprisingly, heavy on chicken, while their husbands worked side by side. They ate dinner together at their shared table while talking about their days in Yiddish or Polish.

They soon bought a pickup truck painted “G + L Poultry Farm” with the first letter of their last names, and their first television. “We shared everything,” my grandmother told me.

Their daughters, who were 20 months old when they moved to the farm, spent nearly all their time together. They contracted German measles at the same time and shared a bedroom, just like Bronia did growing up with her younger sister, who died at the Belzec extermination camp.

My mother and Dorothy played with identical dolls, their only toys, with pale faces, white dresses and bonnets. Just like their matching dolls, the girls dressed the same and often even had the same hairdos, their hair twirled into a bouffant with the sides flowing over their ears.

“It was nice thinking of us as siblings,” my mother told me. “That meant family.”

In the years ahead, roughly 1,000 other survivors would settle on nearby chicken farms. They built their own small synagogues called shtiblekh, organized informal weeknight card games and Passover dinner dances, and hosted sold out performances by Yiddish artists in local school auditoriums.

But that was all still in the future when my grandparents and the Liverants arrived. Joint living was a balm against the isolation of farm life at a time when early survivor settlers like them didn’t necessarily feel welcome by the existing Jewish community.

Living together meant these two first-time moms could turn to each other to figure out how to parent in the absence of any surviving relatives who might normally have offered advice. They also provided each other back-up childcare. When egg prices dropped, my grandmother went to work at a local garment factory while Dina stayed on the farm looking after both girls.

That’s not to say it was always easy. Neither couple had any private space beyond their own bedroom. But after living in an underground forest bunker, as Bronia had done, or surviving a concentration camp like Dina’s husband, a three-bedroom farmhouse didn’t feel quite so cramped.

More challenging were the interpersonal dynamics, particularly for my grandmother, who lived side-by-side with her more dominant husband and best friend.

No matter the difficulties, their partnership surely worked out far better than most that followed them. The ranks of Vineland’s shared refugee farms produced mostly angry recriminations and hurt feelings and the occasional lawsuit, even among pre-war friends or relatives.

My grandparents and the Liverants, by contrast, coexisted for four-and-a-half years, finally going their separate ways in 1952 when the price of eggs boomed during the Korean War.

My grandmother and Dina continued to talk nearly every day for the rest of their lives, long after poultry farming began to go bust in the late 1950s and both settled in Brooklyn.

To this day, my mother and Dorothy remain as close as sisters, a two-generation bond that’s spanned nearly a century and only deepened in a cramped, yet comforting New Jersey farmhouse.