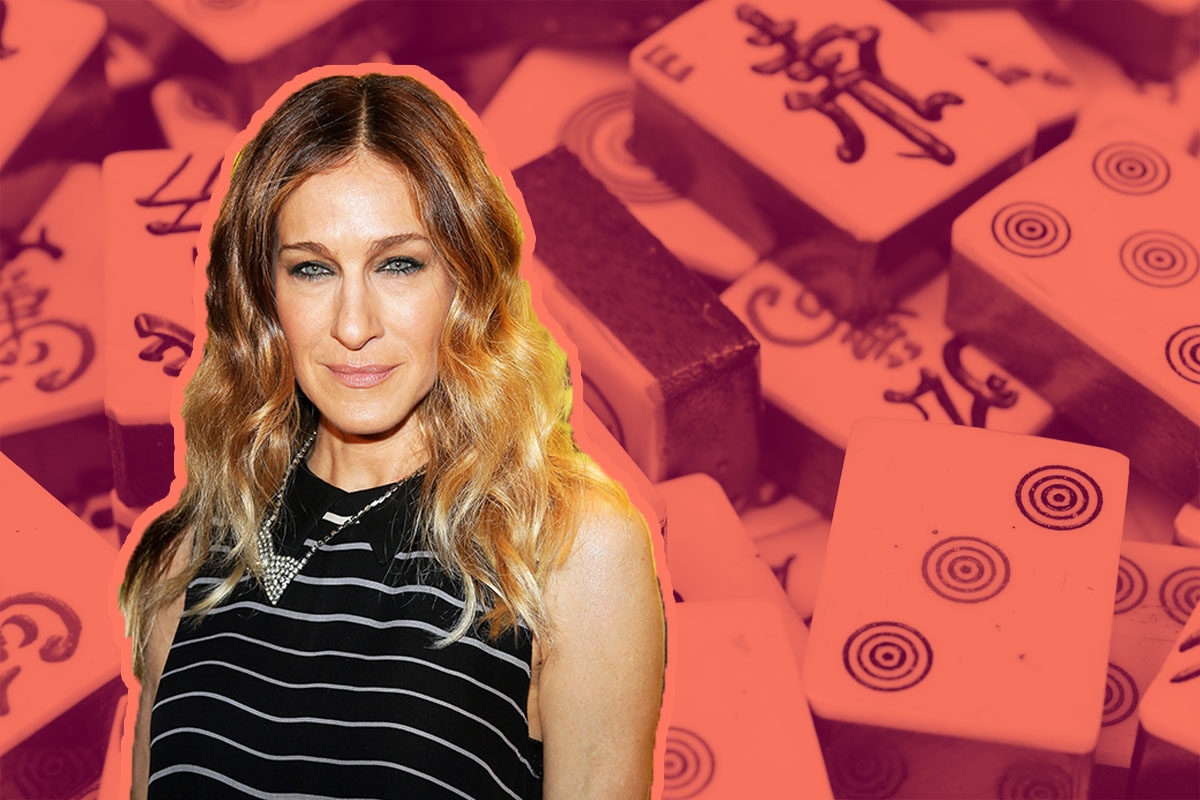 While Carrie Bradshaw is known for her obsession with vintage clothing, actress Sarah Jessica Parker takes a keen interest in a different sort of vintage product: mah jongg. Yes, really.

For her 52nd birthday, SJP’s friend gifted her a vintage mah jongg set. Parker called this “one of the great birthday gifts I have ever received.”

I cant explain how/why these gorgeous old tiles bring me so much joy but oh how they do. Thank you Ally. I'm giddy with delight and I'm lost in imagining the sets previous owner and all the games played in it's long lost past. A treasure I will cherish. Wow. My very own Maj Jong set. Fellow players, you understand. X,SJ

“I can’t explain how/why these gorgeous old tiles bring me so much joy, but oh how they do,” the Jewish mom of three wrote in her Instagram caption. “I’m giddy with delight and I’m lost in imagining the [set’s] previous owner and all the games played in its long past.”

The following Sunday evening, SJP shared the aftermath of her weekly mah jongg game in a behind-the-scenes video. “Good golly I love this game, despite the tiles mocking me with promise and my faulty and rookie moves,” she wrote.

If it's Sunday evening, it's Mah Jong. Good golly I love this game, despite the tiles mocking me with promise and my faulty and rookie moves. X, SJ

Notably, the Sex and the City star didn’t use her new vintage mah jongg board. Our guess? It’s too precious to whip out for casual use.

Intrigued by her friend’s love of mah jongg, actress Jennifer Garner left a comment on SJP’s Instagram promising to learn how to play the Chinese parlor game. “I have to learn now, honestly — against my will, because someone close to me loves you and has bought a set,” Garner wrote. “Because I have faith in all things SJP I am going along with it.”

Did SJP just make mah jongg the trendiest game of the year? Even though it’s been the game to play in the Jewish community for years, we sure hope so.