Since Parkland, Valentine’s Day Has a Whole New Meaning 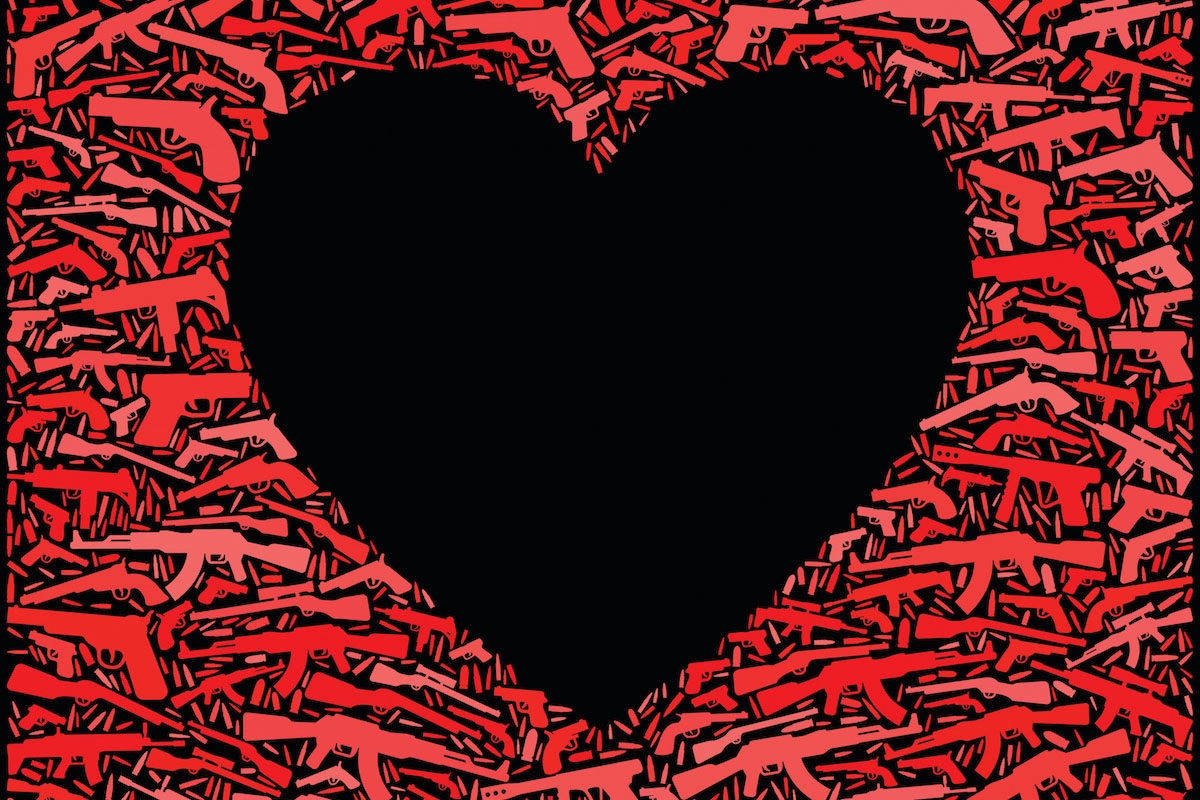 When I was a kid, I eagerly looked forward to Valentine’s Day. After all, it would obviously be the day my true classmate love — whomever that was, who clearly had been pining for me in absentia — would finally step out of the shadows. Spoiler alert: That never happened (although one year I did receive a very nice stuffed animal anonymously placed in my car, which in retrospect is actually somewhat creepy). But the hope and anticipation of passion — would someone send me a red carnation, that apex of affection?— gave off its sweet scent all through my high school Valentine’s Days.

This year, though, I’m thinking of a very different Valentine’s Day, and the 17 people murdered in Marjory Stoneman Douglas High School in Parkland, Fla. on this day last year.

Ever since Sandy Hook in 2012, I frequently dream about school shootings. In my sleep, I run down the hall, breathing heavily. I hear screams around me, and I keep rattling the handles of doors of escape only to find them locked. My dreams vary as to whether I am a student running for safety, or a parent searching desperately for my child. Invariably, I wake up in a sweat, panting, heart pounding.

I’m the mother of six children whom I kiss goodbye as they go to school every day —  and every day as they leave the house or press the button to close the minivan door, I would be lying if I didn’t tell you that I wonder, fleetingly, “Will that be the last time I see them alive?”

Is that unbearably anxious? Or is that the world in which we realistically live — a world where over 1,000 children have died from guns SINCE the Parkland murders one year ago?

In 2019, I live in a world in which my teenage son told me lockdown drills at school are “pointless.” I asked him, “Why? Are people not paying attention?” No, he said, everyone pays attention – including, he said, the person among them who might one day be a shooter, murdering the very people with whom he practiced routes of escape. Think of that, and try not to gasp with horror and sadness for our children.

In 2019, I live in a world in which I took my 6-year-old kindergartener to meet our congressman. She waited in line with me, and I asked if she had a question for him. He knelt down to hear her. She said, “We have drills in my school where we hide from bad people. I don’t know who the bad people are and they won’t tell me. Can you protect us from bad people who want to hurt me and my friends in school?” She put her little hand on his heart.

In 2019, I live in a world where the day after Parkland last year, my son’s music teacher told them that if anything ever were to happen in school, she would protect the students as if they were her own children.

I’m so, so sad that Valentine’s Day — and, for that matter, public school in the U.S. — is now connected with terror and bullets. And I can’t stop thinking about all those kids and teachers whose last emotions on this earth were ones of tremendous horror and fear.

And yet, out of the ashes, voices of the living emerge. Children turned activists like David Hogg taught us with their words, and Emma Gonzalez shook our souls with her silence at the March For Our Lives last year. Their trauma became ours. At Sandy Hook, the children surviving were too young to speak for themselves. At Marjory Stoneman Douglas, the survivors, teens and near-adults, chose to use their voices to rouse us from our complacency. Their passion for life is transcendent.

The time for candy hearts has passed us by (literally, in the case of the Necco candy hearts, which are no longer being produced). Now we can use this day as a marker by which to measure our life in love for our children and their future.

Today, I’m sending love to the parents who will never see their children again because of the violence of a year ago today. Some of them have become well-known faces. Manuel Oliver, father to Joaquin Oliver (“Guac”), is an artist who confronts his fellow humans with the magnitude of his loss and heads up the organization Change The Ref. Fred Guttenberg, father of Jaime Guttenberg, has dedicated his life to advocating gun safety, with his organization, Orange Ribbons for Jaime, and his presence at endless meetings, hearings, and forums. Lori Alhadeff, mother of Alyssa Alhadeff, started the non-profit Make Our Schools Safe and got Alyssa’s Law passed in my state of New Jersey, requiring panic buttons to be installed in every public school buildings to silently alert law enforcement to emergencies or life-threatening situations.

Yes, some of these children and parents were Jewish – but I believe that all of them are our family. So many of the parents and survivors have sublimated their grief by trying to make life better for us, those of us lucky enough to be the living. Yesterday, the House Judiciary Committee passed HR 8, the Bipartisan Background Checks Act of 2019. It is the first time in years that they have passed a positive gun violence prevention bill. I hope it is not the last.

I believe in action as the crucial, often unmentioned component of “thoughts and prayers.” And in light of that, the best Kaddish we can say for these children on their yahrzeit is to dedicate our lives and souls in their honor. We owe it to our own children.