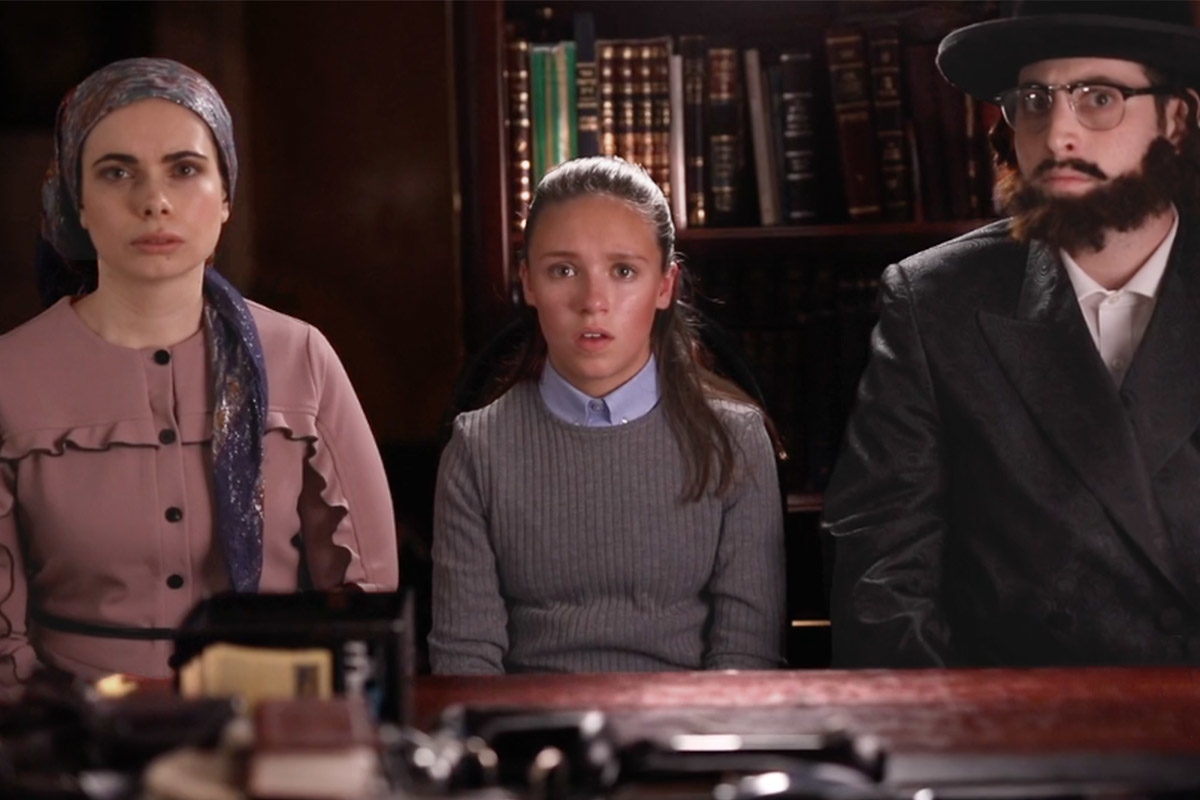 Sexual assault doesn’t discriminate — it happens in every community, including religious ones. But this truth is often not easily accepted.

To shed light on this important issue, Amudim — an Orthodox Jewish organization that supports Jews in crisis — made an incredibly powerful video about sexual assault, and how it occurs in all Jewish communities.

The short PSA, “Schools, Shuls and Community,” opens with a mother, a father, and a daughter sitting across from an ultra-Orthodox rabbi. “This sort of thing doesn’t happen to us, not in our community,” the rabbi says, wagging his finger at the family.

In the following scenes, the same actors portray various families, which represent different sects and stripes within the Jewish community, from ultra-Orthodox to modern Orthodox, Yeshivish, and more secular streams as well.

“This type of behavior absolutely does not exist in our school,” a female principal tells the family sitting across from her.

“You must be mistaken, that sort of thing doesn’t happen here,” another authority figure tells the shocked mother, father, and daughter.

The video shuffles between the five different families, focusing on the authority figures’ disbelief of the sexual assault allegations reported by the family.

“And he would never do that!”

“If he’s been with us for so many years,”

“Why only now does this come up?”

As the community leaders continue to disregard the young woman’s accusation of sexual assault, the video builds in intensity and switches focus to her and her family’s reaction: anger and shock.

“Children to marry off!”

“This could ruin his life!”

“Let’s not bring the police into this.”

“There must be a misunderstanding.”

“She must’ve made a mistake.”

The video ends abruptly with doors slamming shut in the family’s face.

Then, words appear on a black screen: “Sexual abuse happens in every community,” it reads. “It’s time we start listening.”

What makes the PSA so powerful is that it brings an extremely taboo issue to light, acknowledging that it happens in all communities, even in the most religious ones. “Abuse thrives on denial and secrecy,” the text reads. “We can only stop it if we acknowledge and address it.”

While the PSA hones in on a young woman’s (presumably heterosexual) experience of sexual assault, it’s still an extremely powerful and important step towards repairing holes in the Jewish community. Kol hakavod to Amudim for taking a stand and exposing how the Jewish community protects abusers and perpetuates sexual assault by not listening to its victims. That’s something we can all change.