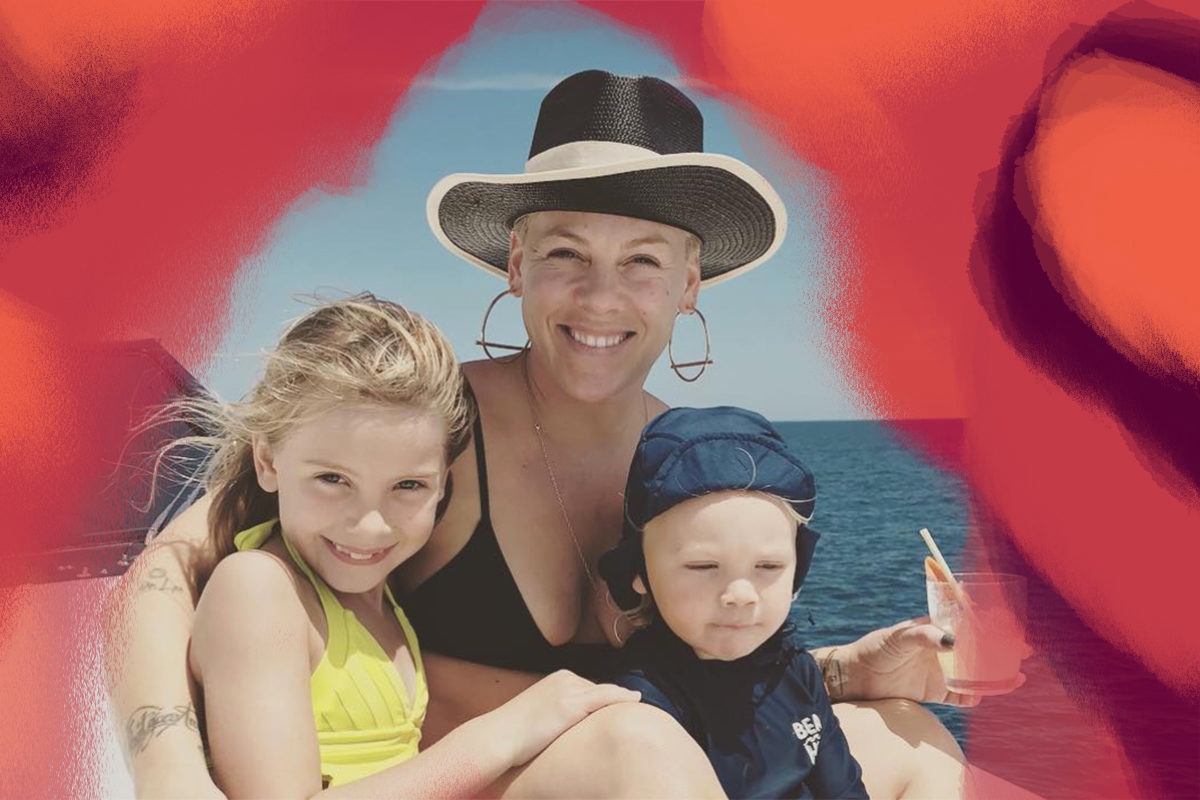 I have a special place in my heart for Pink. I feel like I grew up with the Jewish singer’s music. Since her 2001 album “Mizzundastood,” which defined my early teenage years, she has released songs that make me feel seen, uplifted, songs that were a salve for broken hearts and dreams, and songs to dance to when nobody is watching.

But I love Pink for more than just her music. Her public persona is wonderfully vulnerable and raw. I was moved by her post about being Jewish and performing in Berlin after Charlottesville. The way she talks and writes about her two kids, Willow, 7, and Jameson, 2, on social media has helped inspire and motivate me as I was starting my journey through motherhood.

So it really broke my heart to see my lovely short-haired idol tear up on Ellen last week, announcing that she will no longer post pictures of her kids online after being attacked, or as some put it, mom-shamed, on social media. This all happened after she posted some really sweet and innocuous pictures of her kids with a friendly pelican, who visited them for two whole hours. (They even offered him smoked salmon! So sweet.)

Some people on Instagram, it seems, took umbrage with the fact that the Jewish mother posted a picture of her son without his diaper on, despite the fact that she censored the picture. One commenter even threatened to call child services on her.

“I cried so hard after that,” Pink told Ellen, her voice breaking, “because I like to share my family, it’s my proudest moment, in my whole life, I’m proudest of my kids than anything I’ve ever done, and I just, I won’t share them anymore.”

I teared up along with her as I watched her say that. As moms, I think we all deeply feel that pride, that love, and for that to be violated, for a stranger to threaten to have your kids taken away from you, is so profoundly frightening, and so so painful.

I chose not to post pictures of my son, or his name, online when he was born. It was a very personal decision, between me and my husband. There were a lot of reasons including, of course, the desire to respect my kid’s autonomy and let him chose when he wants to have his pictures online, but there was also fear. The fear of what happens the moment you post pictures of your family online.

That fear started out as Jewish superstition, a fear of the evil eye which accompanied me throughout my pregnancy, but it quickly morphed into something more.

I’ve worked in social media for the past half decade, specifically in Jewish media, and that means I’ve seen a lot of vitriol, a lot of truly scary stuff online. I’ve seen people’s thoughtful, smart words turned against them like daggers, I’ve seen death threats, vile memes of gas chambers, I’ve even been the victim of anti-Semitism myself.

I knew the moment I posted a picture of my child online, it would be out of my hands. And that lack of control scared me. It was not a leap of faith I was willing to take.

But I have never judged others for choosing otherwise, and I’ve truly enjoyed people posting pictures of their children.

I especially admire people like Pink, who not only have a public profile and post pictures of their children and touching observations about parenthood, but also have the chutzpah and the bravery to address their hateful trolls.

“I’m all about injustice,” Pink told Ellen when asked why she takes on the trolls. “I don’t like injustice. I don’t like how people are brave anonymously, and rude, just mean-spirited.”

As a longtime reader of online comments and tweets, I couldn’t agree more.

It pains me so much to see the trolls win in this case, especially with all the joy that Pink spread around by sharing truly adorable moments of her children. But it seems like this isn’t just Pink giving into her trolls; it could maybe even be a good thing.

As she explained to Ellen, her oldest daughter, Willow, is now 7 and so “it’s a good time” to stop sharing pictures of her. “It’s probably a good time to pull her away from the world and let her live her best life.”