Turns Out My College Boyfriend Is an Anti-Semite 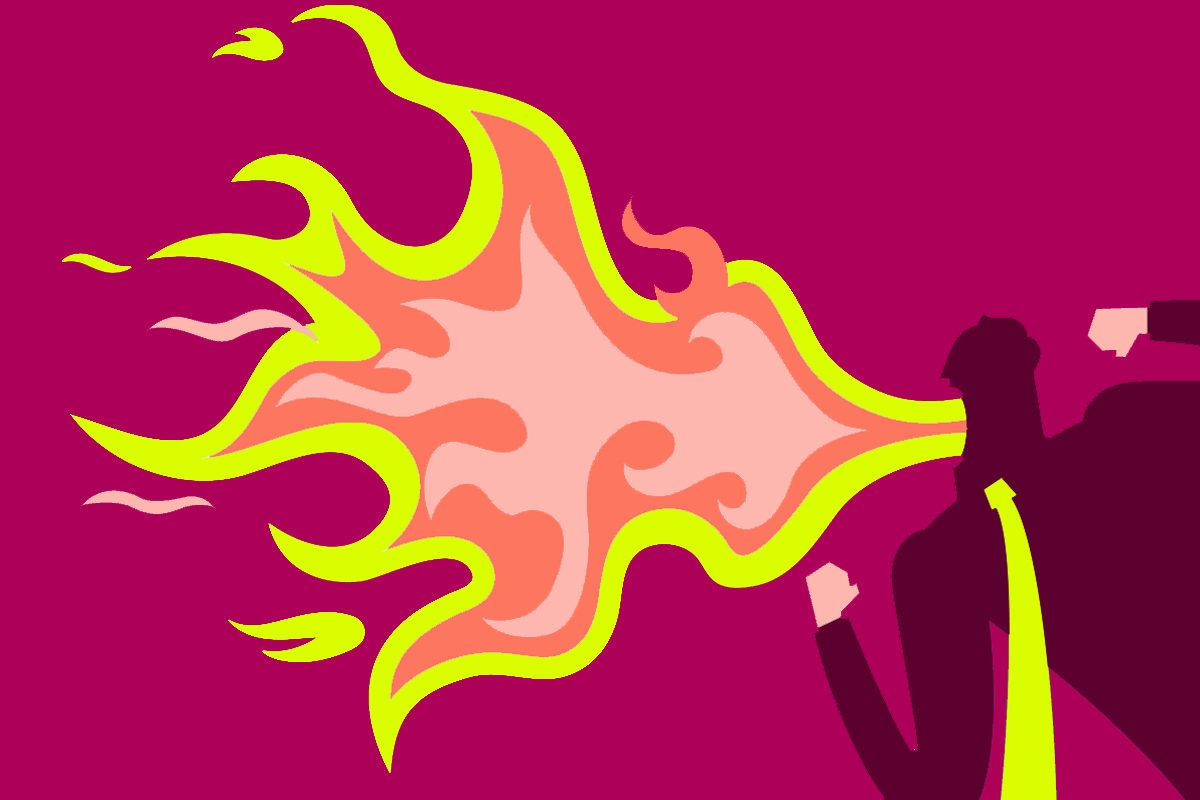 Let’s call him Brad, for the sake of anonymity. We met as sophomores at NYU. He was handsome, mysterious, and therefore terribly enticing. We would run into each other in the most random of places — walking through Chinatown at midnight on a Tuesday, on the F train in Brooklyn early on a Sunday morning, at an obscure record store in godforsaken midtown, on the Staten Island Ferry, of all places. In the eyes of a 19-year-old, this absolute randomness made it seem as if we were meant to be.

For months, we’d catch one another’s stares and turn away like middle schoolers. Eventually, I spotted him at a party where we’d both consumed enough liquid courage to slowly edge our way toward one another. As the night wore on, we found ourselves shoulder to shoulder. Once we were actually touching, we had little choice but to finally speak.

He talked in a hushed tone, as if everything he uttered was some kind of coveted secret. He even covered his mouth with his hand half the time, to make you earn his words.

He was a philosophy major, and I was constantly reminded of that fact by his habit of sprinkling Heidegger, Kierkegaard, and Nietzsche into every fifth sentence. At the time, his faux deep “thinkerness” seemed charming and adorable. I was drawn to his introspective nature as well as his oddly alluring scent — a shockingly delicious combination of Drakkar Noir, cigarettes, and Peach Snapple.

We would hang out in his dorm room, chain smoking Marlboro Lights and listening to Air Supply — which despite it being the early ’90s, was already profoundly cheesy. He was obsessed with Woody Allen, Noam Chomsky, Freud, Phillip Roth, and Kafka. Come to think of it, he was pretty infatuated with Jews, in general.

He had lots of comments and questions about my Jewishness — nothing especially offensive, simply notable for the frequency with which they came. These ranged from “Why do you fast on Yom Kippur?” to “How would your father feel about you dating a non-Jew?” — a concern I easily assuaged by informing him that my dad was re-married to a non-Jewish woman of color. His questions seemed like more of a fierce curiosity, even though he had spent his entire life in New York, the Jewiest city on the planet (outside of Israel).

Despite all of that build up, our relationship petered out after less than a year of mild petting and zero sex. I was terrified of his uncircumcised penis and not yet clear on my preference for women, and he was understandably frustrated. Our breakup had nothing to do with my Jewishness and we parted amicably.

Over the next year, we didn’t cross paths. I didn’t so much as hear his name again until the first day of Intro to Computers in the first semester of my senior year. (Yes, I was a senior in college taking Intro to Computers. It was the ’90s!). I sat next to a beautiful and clearly Semitic woman who was to become my very best friend in the world.

Betsy and I connected immediately. We shared an instant shorthand and identical sense of humor. It turned out that she knew who I was because she was Brad’s current girlfriend. Apparently, he had mythologized our relationship, leading Betsy to believe that we had been engrossed in a torrid and highly sexualized love affair. So, she despised me from afar — that is, until she actually met me. My setting her straight on the reality and sexlessness of the situation was the beginning of the end for their relationship. Within a month, she had broken up with Brad, and she and I were inseparable. He couldn’t have been too happy about it.

Betsy and I went on to have one of the great platonic love affairs of the century. We still speak to one another nearly every day. We are both moms and I, for one, couldn’t imagine getting through the highs and lows of parenthood without her. Brad however, was a mere blip on our collective radar. That is until, out of the blue, I received a Facebook friend request from him about a year ago. Out of sheer curiosity and because there were truly no hard feelings, I accepted. I am rarely on Facebook and post virtually nothing, but I do dabble in some occasional voyeurism during conference calls. That’s when I discovered what had become of Brad.

In post after post, he referred to Israel as a “gangster state,” and, when referencing Jews, he opted to use the light and frothy euphemism “dirty New York Liberal Elites.” In one post, he referred to Sarah Silverman as “a non-white, scummy middle eastern mongrel,” and he repeatedly posted fake anti-Israel news stories — propaganda akin to the blood libel. It’s one thing to disagree with Israeli policy, but his disproportionate outrage and tunnel-visioned, stereotype-laden vitriol was truly staggering.

That’s when I started posting. I couldn’t help myself. Having a ridiculously adorable 4-year-old and two insanely cute dogs was not enough to motivate me to post on social media, but Brad’s bullshit did. I think it was around the fifth time he described a couple of famous Jews as “money grubbing sexual deviants” that I could no longer hold my tongue (or rather, my key strokes). Once my rage eclipsed my aversion to Facebook, I had no choice but to comment on one of his posts and then several others. I fact checked him, called him out on his anti-Semitism and took great pleasure in publicly outing his proclivity for exclusively dating Jewish girls in college.

From what I’ve gleaned online, things didn’t pan out so well for Brad. Last I heard, he went to law school but failed the bar exam, and he was working as a paralegal and producer of some sort. He hadn’t exactly joined the ranks of the New York intelligentsia, as he’d planned. This is obviously no excuse for abhorrent online behavior, but it does shed some light.

Scapegoatism isn’t a new concept. It’s been going on since the beginning of time. Perhaps, in his mind, Brad is a champion of the oppressed, and Jews are the convenient fall guy for all things ailing our society. Just as we were blamed for poisoning the water wells and causing the plague in the Middle Ages, being responsible for the collapse of German society after World War I by the Nazis, said to be the root cause of every financial crisis as well as the engineers of 9/11 — not to mention the death of Jesus — in Brad’s mind, we, the JEWS, are once again to blame.

The most disheartening aspect of this is that his vile brand of anti-Semitism is pretty acceptable by today’s standards. His venom is cloaked in the language of what used to be radical, but is now mainstream progressivism — à la the banishing of the Israeli flag from Dyke marches. So I was the only person, among his hundreds of “friends,” to voice objection to his hideous posts. While he doesn’t mention Jews explicitly, he employs pretty transparent euphemisms and levels a constant barrage of attacks against the “nasty little gangster state of Israel,” while giving a pass to the rest of the world’s atrocities.

He cites “liberal” BDS supporters like Linda Sarsour, showers praise upon the likes of notorious anti-Zionists Roger Waters and Alice Walker, and uses famous Jewish critics of Israel like Norman Finkelstein as his beard.

Ironically, while he claims to detest Trump, Brad’s hate speech is just the opposite side of the same coin occupied by the president’s deplorable minions. The difference is, instead of tiki torches, he’s using a keyboard — which is actually more insidious, as this brand of anti-Semitism masquerades as humanitarianism, but it’s grounded in the very same hateful tropes as the more overt cries of “Jews will not replace us.”

What’s most disturbing — actually, make that downright terrifying — is that Brad is a college educated, NYC-raised man who has had many relationships (both platonic and romantic) with Jews. If this sophisticated, city-dwelling philosophy major can hold and espouse such beliefs, what can we possibly expect of the billions of people who have yet to meet an actual member of the tribe? If they base their views on what they learn on college campuses, read on social media or even in “the news” these days, us Jews are in trouble.