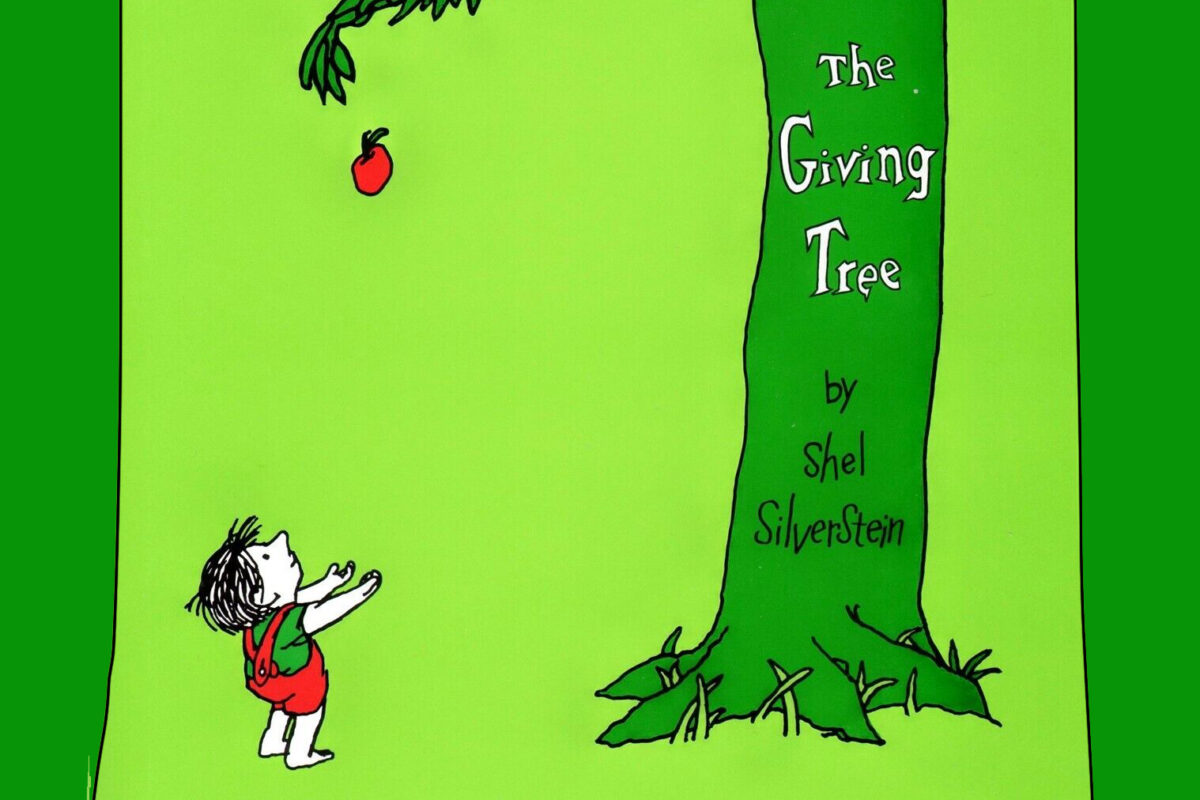 Two months prior to my birth, according to the date on the inside cover in my mother’s handwriting, my parents received a copy of Shel Silverstein’s
The Giving Tree. A gift that, based on an unscientific survey of people in my demographic, was a very popular birth gift in the late 1960s/early 1970s.

When I was growing up, Tu Bishvat included an annual reading of The Giving Tree. It was a tradition that I dreaded. A rather unpopular reaction at the time and one that I learned to keep to myself. After all, it takes a certain kind of crazy to publicly decry a beloved children’s book. Although I wasn’t yet able to articulate it, there was something about the relationship between the boy and the tree that greatly troubled me.

The story, for those unfamiliar with the 1964 classic, is about a tree who loved a boy. The boy would visit the tree each day and enjoy all the gifts she had to offer; this made the tree very happy. Over the years, the boy would return, at his convenience, and take from the tree. Her apples–all of them. Her branches–all of those, too. Even her trunk. Until all that was left of her is a stump. And then–even then–he makes use of her. Never once, in words or actions, did the boy ever thank her.

The one-sided relationship is upsetting and no matter how many times I read it, knowing the ending, I was still disappointed that the boy learned nothing from the tree, remaining selfish until the very end. She gave everything while he took everything and gave nothing in return. He didn’t even learn how to be a good friend.

For this reason, I again won’t be reading The Giving Tree to my kids in honor of Tu Bishvat. It is a book to be saved for another day. To encourage conversation about the meaning of a true friend. But not the right choice to commemorate the birthday of the trees. Instead, we’ll take a look at titles that focus more on the trees and the environments and less on the one-sided, and seemingly codependent, relationship of a boy and his tree.

Sammy Spider’s First Tu B’shevat: Though the holiday itself is not mentioned until close to the end, it is another title starring the adorable Sammy Spider. The focus is on the changing of the seasons and the role people play in caring for the earth.

God’s World: A beautiful story about nature, Creation, and how our choices and actions have the ability to destroy or preserve our natural habitat.

The Lorax: Dr. Seuss’s creative fable about the havoc commercialism can, and has, played on the environment.

Our Tree Named Steve: A poignant story of the love a family has for a tree and how a father explains its demise to his children.