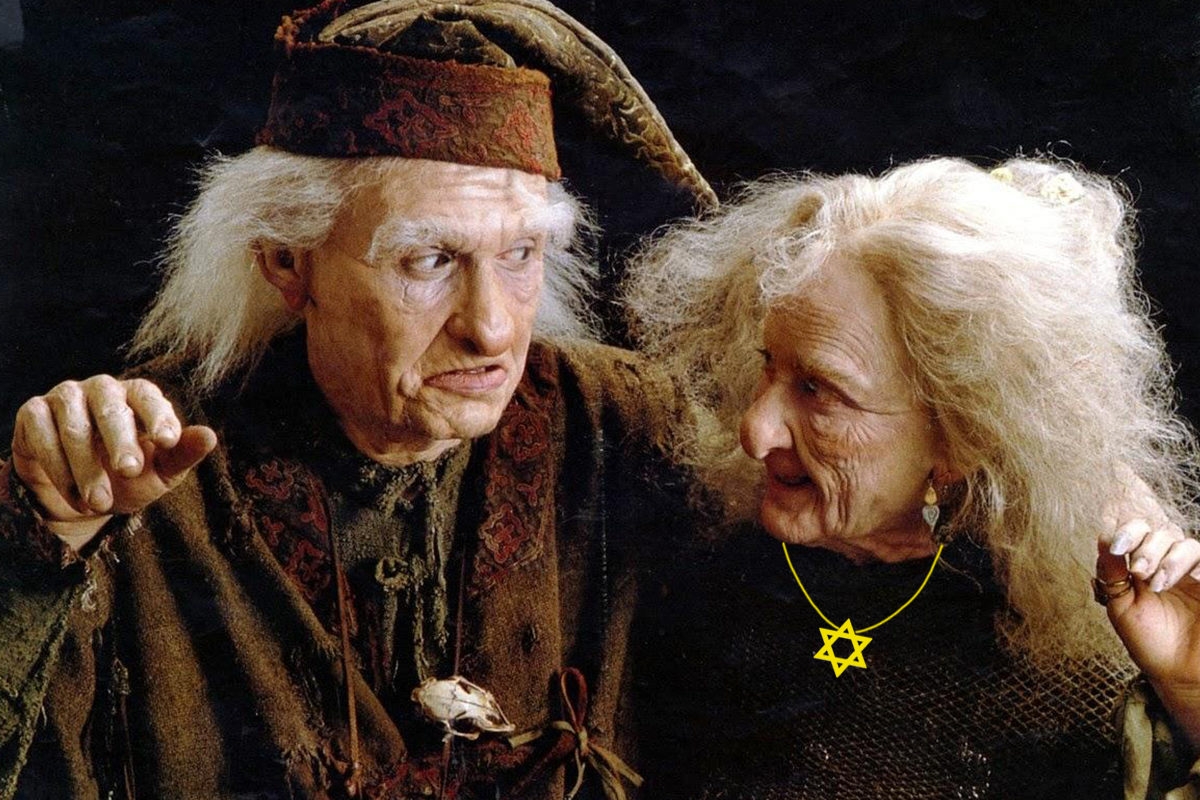 Few cult classics hold up quite as well as Rob Reiner’s 1987 fantasy adventure comedy film “The Princess Bride.” The movie, which shows the story of the book that a grandfather reads to his sick grandson, stars Jewish actors from Mandy Patinkin to Billy Crystal, along with “Forest Gump” star Robin Wright in her breakthrough role.

Whether you loved the movie when it came out in the 80s, or you’re just looking for something lighthearted and laugh-out-loud funny to watch with your family, “The Princess Bride” is your perfect weekend film. Along with its general capacity to lift your spirits, you may also be interested to know the myriad of Jewish tidbits about this “inconceivable” film.

1. The plot of The Princess Bride isn’t explicitly Jewish, but the people behind the novel and movie adaption certainly are. First up is William Goldman, the late Jewish author of the 1973 fantasy novel by the same name. He grew up in Highland Park, Illinois, and was raised by observant Jewish parents.

2. The story behind the name of Goldman’s book is adorable. Before venturing on a business trip, the Jewish dad promised his two daughters he’d write them a story. When he asked what the plot should be about, one said, “a princess,” and the other “a bride” — and thus, “The Princess Bride” was born. (Awww!)

3. Director Rob Reiner, of When Harry Met Sally, is Jewish!

4. Mark Knopfler, the composer for The Princess Bride, is also a proud Jew! In fact, his parents fled Hungary in 1939 because of rampant anti-Semitism.

5. You know who else is Jewish? The late actor Peter Falk, famously known for playing the titular role in Columbo, narrates the movie. He plays the grandfather in the romantic comedy, who reads the book, The Princess Bride, to his sick grandson.

6. Said “sick grandson” was played by child actor Fred Savage, who is also a Jew! Probably most famous for his starring role in the 80s/90s sitcom The Wonder Years, Savage is, of course, no longer an adolescent — he’s a 43-year-old dad of two.

7. The short, Sicilian boss who kidnaps Princess Buttercup before her wedding to the evil Prince Humperdinck is played by Jewish actor Wallace Shawn.

8. The character Inigo Montoya, who spends the entirety of the movie seeking revenge on the six-fingered man who murdered his father — thus birthing the iconic phrase, “Hello! My name is Inigo Montoya. You killed my father. Prepare to die!” — is played by Jewish actor Mandy Patinkin, now of Homeland fame.

9. The character Miracle Max, who helps to revive the movie’s protagonist with magic, is played by Billy Crystal, a Jewish dad.

10. Miracle Max’s wife, Valerie, is played by Carole Kane, yet another famous Jew.

11. Reiner wanted Miracle Max to be written in the same voice as the 2,000 Year Old Man, a kvetchy character written by Mel Brooks and Reiner’s father, comedian Carl Reiner, who embodies Jewish stereotypes. This was fine with Crystal, who said “I had relatives like him.”

12. When brainstorming makeup for Crystal’s character, Miracle Max, the Jewish actor brought two photos for the artist to draw inspiration from: his grandmother and Casey Stengel, a former Yankees manager.

14. Miracle Max and Valerie as bickering Jewish grandparents were such a comedic hit that Crystal floated the idea of a spin-off. Hey, there’s a quality idea for you, Sony Pictures!

15. The Princess Bride saved someone’s life. Seriously! In an interview with Variety, Reiner recalled that, after a lunch one day with his producing partner, Andrew Scheinman, and another producer-friend, an extreme skier, who was totally eavesdropping on their conversation, approached the table and told them about the time she and a bunch of skiers were trapped by an avalanche. To keep everyone occupied and happy while they nearly froze to death, she said she reenacted the entirety of The Princess Bride, as she knew every single line.

Is there anything more Jewish than preserving a life? Methinks not.

A version of this article first appeared on Kveller in September 2019.