15 Reasons Why Alex Borstein Is Our Favorite Jewish Mom 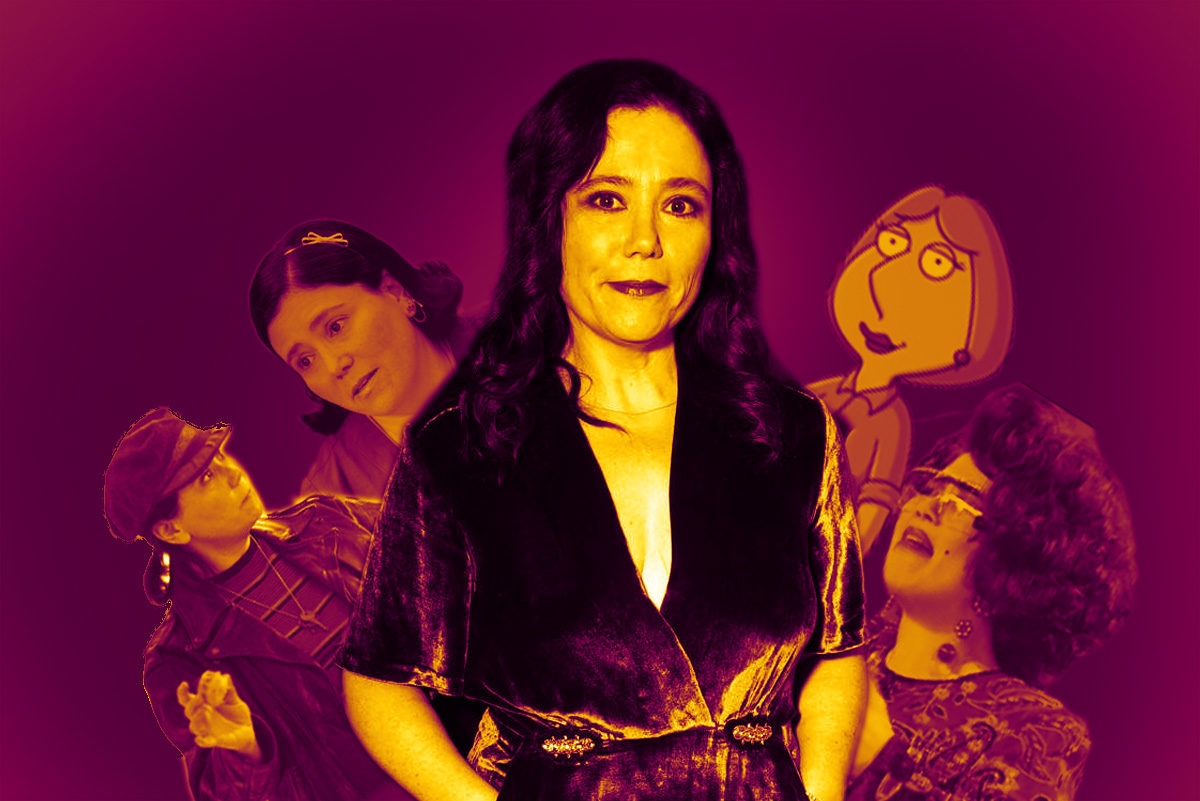 Alex Borstein is freakin’ brilliant. There, I said it. She has the comic timing of a boss, she is an amazingly gifted actress, her impressions and voices are out of this world, and judging by her interviews and public appearances, she’s kind of a badass in real life, too.

We’ve come to love her as Susie Meyerson in The Marvelous Mrs. Maisel, but Borstein started out her acting career on MadTV. In 2018, she won two Emmys: one for her role as Susie, and the other for her role as Lois in the animated show Family Guy.

So far this year, she’s nominated for a Golden Globe, a SAG Award and a Critics’ Choice Award for playing Mrs. Maisel’s audacious agent.

Here are just a few of the reasons why we think she’s so amazing:

1) Her iconic (and, yes, let’s face it, kind of racist) MadTV character, Ms. Swan, is a direct rip-off of her Holocaust survivor grandmother, who “came to the States with nothing to her name, with a daughter, and made it work and survived.”

The woman in this photo is my Nagyi, my grandmother. In Budapest, 1944, shortly after her parents were sent to be slaughtered in Auschwitz, she found herself in line to be shot into a pit: "What happens if I walk out of line?" she asked the young SS Hunyadi soldier. "I don't have the heart to shoot you, but somebody will" he replied. And she walked. And she walked. And she persisted. And she survived. And there I am, sitting next to her with my Raggedy Ann and my life. #NeverForgetNeverAgain #InternationalHolocaustRemembranceDay

2) She is absolutely hilarious in MadTV, especially in her singing roles, like Alison and Shaunda, the ladies room singer. Seriously, this girl can sing!

3) She’s really incredible as Lois in Family Guy. Seriously, I always forget she voices that role in the show because her voice is so different. Borstein told Fox11 she based that voice on a certain New York-based cousin (who we can only assume is Jewish).

4) She’s just so great in the HBO adaptation of the BBC show Getting On, where she played nurse Dawn opposite the amazing Laurie Metcalf. The show, which ran for 3 seasons, takes place in an extended care unit in a California hospital. She said the show, which dealt with end-of-life issues, made her realized how hard losing her grandmother was: “her death was very hard, and really after the fact I realized how hard it was on me losing her. That was a real blow. That messed me up for a long time.”

5) Her pre-Emmy pampering sesh was an elbow massage from her Jewish-Hungarian mother (these two are adorable!)

Most people hire experts for their pre#Emmy pampering. My pre#Emmy regiment is comprised of my crazy Hungarian mother climbing on my back and digging her elbows into me until I cry and she laughs. ❤️ #anyu #glamourouslife

6) She wore her old wedding dress to the Emmys. “The marriage didn’t last but the dress did and I wanted to give it new life so now it’s my Emmys dress,” she told Glamour. While accepting her statue, she dramatically removed her shawl, and told everyone that she wasn’t wearing a bra! FREEDOM!

Now THAT’S how you go up to claim your Emmy! @AlexBorstein wins for supporting actress in a comedy series for Marvelous Mrs. Maisel

7) She has a really special bond with her dad. She thanked him when she won her Emmy. In a tweet from 2015, Borstein wrote “Happy “Yom Ha Aba” [Father’s day, in Hebrew] to the most loyal, trustworthy man in my life. Your gifts keep giving.”

Happy "Yom Ha Aba" to the most loyal, trustworthy man in my life. Your gifts keep giving. @ijbijb #HappyFathersDay pic.twitter.com/FPP6Alfw0v

8) She can put up a sukkah in no-time. She’s got class and sass to spare!

9) She’s an awesome mom. Borstein divorced actor and writer Jackson Douglas in 2014, but the pair have a son who was born in 2008 and a daughter, born in 2012. She shares pictures of her life with her children on Instagram, their interactions and their correspondences, but she still manages to keep things somewhat private: she never shows their faces or shares their full names.

My kid wrote a short story in which she and I go to the movies together and I can't stop laughing at the image of the screen. It's clearly a film about a robbery and both the robber and the victim are deliriously happy. 🎬

10) She had some really funny roles in Gilmore Girls. Borstein played Sookie in the Gilmore Girls pilot, a show that was was also created by the Jewish Amy Sherman-Palladino, the showrunner of  The Marvelous Mrs. Maisel. She didn’t end up playing the role because of scheduling conflicts — it went to the brilliant Melissa McCarthy — but she did have some quirky guest roles along the way.

11) She has hemophilia and has been active in the National Hemophilia Foundation. Hemophilia, which is a blood clotting disorder, runs in the family. Borstein’s brother and uncle have it, and so does her daughter.

12) She gets the whole work-life balance thing. When asked how she manages to balance work and being a parent, she told Huffpost: “I don’t. People who say they balance it are full of shit. It’s never balanced. One day you fuck up in this way because you’ve done too much of this, and the next day you fuck up in that way. It’s wonderfully imbalanced. And I think that makes life, life. I just do the best I possibly can.”

13) She eats matzah ball soup for Hanukkah. Because of course.

Not gonna lie, my balls are supreme. #ChappyChanukah #ChagSameach #gelt

14) And she has strong feelings about those Passover 10 plagues finger puppets. She’s not the only one!

Celebrate #Passover with a super creepy plush toy of the most heinous of the ten plagues, "Death of the first born son." I can't stop laughing at this thing. Who made this? What are those black dots?? Nostrils?! Look how sad he is. He's sad because he was smote. That's his smote face. #smote #plagues #jewish

15) Her kids apparently drink egg creams out of a kiddush cup for Shabbat. OK, maybe this was a one-time occasion, but we LOVE it!