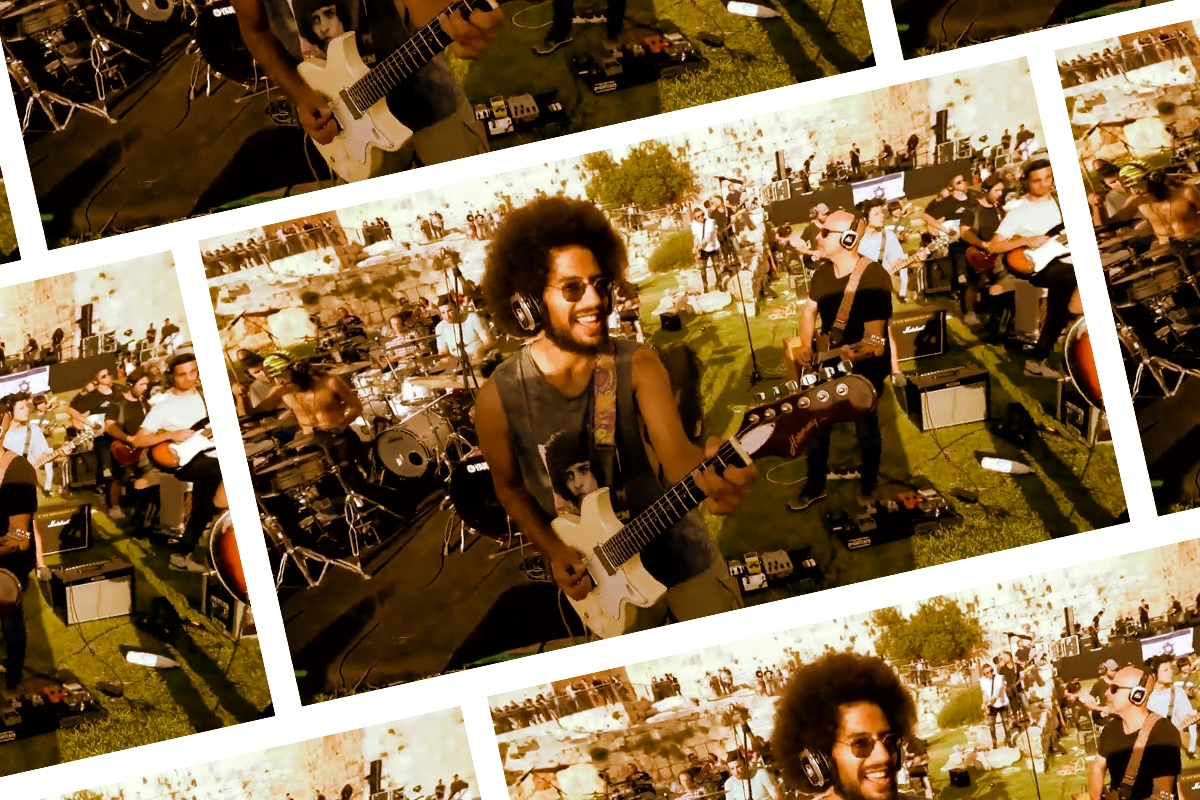 When you think of the Israeli classic “Jerusalem of Gold” or “Yerushalayim Shel Zahav,” you probably don’t really think of rock and roll. But the song — which, at over a half-century old, remains one of the most popular Israeli tunes ever written — recently got an exciting rock cover. And that cover was recorded by over 400 singers and musicians.

If you don’t know “Jerusalem of Gold,” the song was written and composed by Naomi Shemer, one of the most popular Israeli songwriters. It was commissioned in 1967 by Jerusalem mayor Teddy Koleck and popularized by Israeli singer Shuli Natan. Three weeks after its release, the Six Day War broke out. The song itself mentions a Jerusalem divided by walls — which separated the part of the city that was under Jordan’s jurisdiction at the time from the part under Israeli rule. But after the war, the city was unified. The song became an anthem associated with the war.

55 years later, sponsored by the city of Jerusalem, Israeli rock band HaYehudim (The Jews) and Israeli pop star Raviv Kaner united with over 400 musicians who performed the song, now reimagined as a rock anthem, around the city’s walls.

The concert took place in June, and the city billed it as the biggest rock performance in Israel. A crowd of pre-registered attendees, including families and kids, joined the performers.

Kaner is best known for participating in the seventh season of the Israeli show “The Next Star,” where his soulful rock covers won over many fans. He’s also known for his catchy hit “Resisim” — “fragments.” HaYehudim, a veteran and widely beloved Israeli rock band, was started in 1992 by couple Orit Shachaf and Tom Petrover (the two are now married and have a son together). Aside from their many excellent original rock songs, they are also known for their very moving cover of the great Meir Banai song “Etzlech Ba’Olam” (In Your World). So it makes sense that they would be called upon to create this rock cover (also, their patriotic name certainly doesn’t hurt).

Israelis love flash mobs and dance parties, so this mass concert feels perfectly in spirit with 2022 Israel. It is so cool to see all these drummers and guitarists and bassists young and old, sporting kippahs and head coverings and tzizit, along with women with long pink hair and shirtless teens — all gathered together to perform one uniting song.

Does playing this somber tune in this defiant rock rhythm change the song’s meaning? Maybe. One thing is for sure — it sounds pretty darn great.