5 Reasons to Kvell Over the New Congress 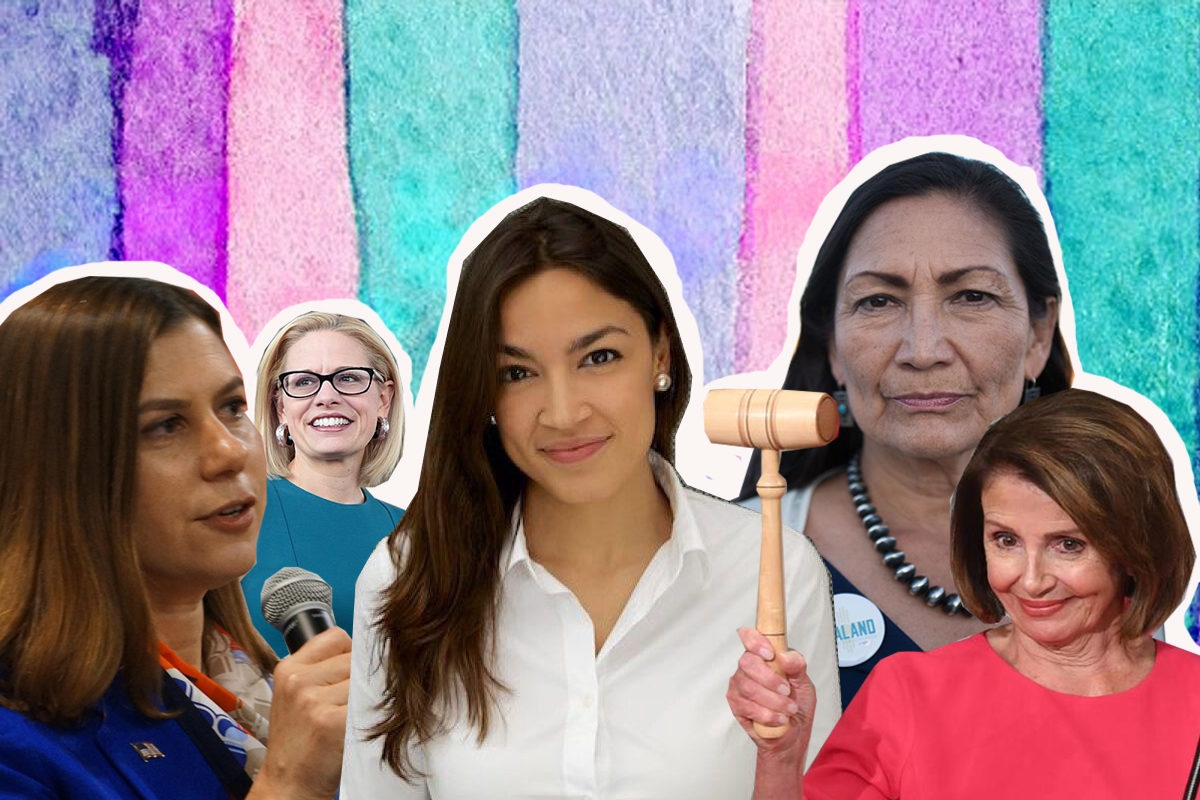 On Thursday, the new members of Congress were sworn into their positions, magically transforming into actual members of the House of Representatives (or Senators). It was a great day for us — and when I say “us,” I mean everyone reading this piece, regardless of your ideological proclivities.

Because here’s the thing: No matter your politics, the 116th Congress has taken a dramatic step toward actually being more representative of the people whom it purports to represent. The United States of America is not a country exclusively made up of white Christian men — personally, I’ve never been a white Christian man myself (and chances are that if you’re reading Kveller, you probably haven’t been one, either).

The diversity of this “freshman class” affords all of us the optimism of believing that our voices will be valued. Let’s explore all the significant reasons that this Congress is special, and why it matters.

1. This Congress has many, many more women.

The 116th Congress has the most women of any Congress in American history. A record 102 women were sworn into the House of Representatives yesterday, with Nancy Pelosi reclaiming the gavel as Speaker of the House. There are now 23 women in the Senate.

This is truly something to celebrate, but let’s not go crazy here: Less than a quarter of our Congress is female. Since women are approximately half of the U.S. population, that’s still not so fabulous, and shows that there is a long way to go until we are represented proportionally in our nation’s government. But more women in elected positions is a step in the right direction of representation — and the more women who opt to run for office, the more women who will win.

“I think of it as a responsibility,” Pelosi told The Today Show when asked how she felt about being the most powerful woman in Washington. “I don’t think of it as an accomplishment … This isn’t breaking a glass ceiling — this is breaking a marble ceiling in the Capitol of the United States.”

2. This Congress has many, many more parents with children at home.

Not only are there more women, but there are more parents of young (meaning non-adult) children in this Congress. The number of mothers in the House of Representatives who have young children doubled with this past election: 28 members of the new Congress are mothers of young children. (There are many fathers of younger children as well, but those stats don’t seem to have been compiled.)

This change will impact the way business is conducted on the Hill. The Capitol has recently renovated its bathrooms to include lactation stations and changing tables. The House could consider shifts to its vote schedule — which has often included later evening votes — in order to enable lawmakers with younger children to be able to spend time with their families. Also, answering the need, a new daycare for the House of Representatives opened this week and will provide care for up to 120 infants and toddlers. The second phase will add 122 preschoolers in about a year. The expansion will reduce the House daycare’s waiting list from three years down to just one, making it much easier for new parents working on the Hill to plan for childcare.

These lawmakers with young children will viscerally understand the challenges of working in the U.S. with kids at home, as well what it’s like being a parent — and that understanding could inform policies and perspectives on anything from family separation at the border to family leave.

This Congress is the most diverse in American history — not only in terms of gender, but also in its makeup of religions, socioeconomic backgrounds, sexual orientation, age, and personal histories. Alexandria Ocasio-Cortez and Abby Finkenauer were both 29 when they won their seats, making them the youngest women ever elected to Congress. Deb Haaland and Sharice Davids are the first Native American women elected to Congress. Rashida Tlaib and Ilhan Omar are the first Muslim women elected to Congress. Out of the freshmen House members, 23 are people of color, and there are now at least 10 openly identifying LGBTQ members of Congress.

I’m inclined to believe that the more differences of opinion and experience that exist in our halls of representation, the more well-represented we will all be. That’s true regardless of the topic at hand, from taxation to ability to serve in the military.

4. This Congress is religiously diverse.

In a reflection of ideological diversity, many new members of Congress opted to swear in on documents other than the King James Bible. More than a dozen documents and books — including the U.S. Constitution, the Tanach, the Eastern Orthodox Bible, and the Quran — were used to swear in officials of various ethnic and religious backgrounds. According to CNN, nearly nine in 10 members of Congress (88%) identify as Christians, according to a recent Pew study. Two of the 253 Republicans do not identify as Christian: Reps. Lee Zeldin and David Kustoff are Jewish.

Among Democrats, however, 61 of the 281 party members do not identify as Christian. About half of those are Jewish, 18 declined to name a religious affiliation, three are Muslim, three are Hindu, two are Buddhists, two are Unitarian Universalists and one is not affiliated with a particular religion. Kyrsten Sinema, an atheist (who also happens to be openly bisexual) took her oath on the U.S. Constitution.

Simply put, we are not a country with one way of looking at things — and our representatives in government aren’t monolithic, either.

Newly elected members have been sharing their experiences on social media in a way we’ve never seen before. These new members of Congress aren’t aloof personages who need to call tech support to help them turn on a laptop: These are people who are more like us, living life with smartphones in hand. And as such, they open a whole new window for us on their lives.

As CNN noted: “There was Ocasio-Cortez using her Instagram stories to take people behind the scenes of the traditionally closed-door new-member orientation process, from office selection to learning the byzantine House tunnel complex, and using Instagram Lives to talk politics and take questions while making Instant Pot macaroni and cheese. There were fellow progressive newcomers, like Omar and Tlaib, never hesitating to use Twitter to fire back at critics (or traditional House floor rules) in a clear effort to announce the arrival of a new generation of politicos. There was incoming GOP Rep. Dan Crenshaw tweeting his New Year’s resolutions (including No. 5: get better at double ax throwing, with a video of said subpar double ax throw included, of course).”

Older folks might say this stuff is “silly” and a “waste of time.” I say it’s fabulous, and an opportunity for our representatives to literally connect with their constituents on a daily and candid basis, without structure, formality or maybe even a filter.