7 Fast Facts About Yom Kippur That May Surprise You 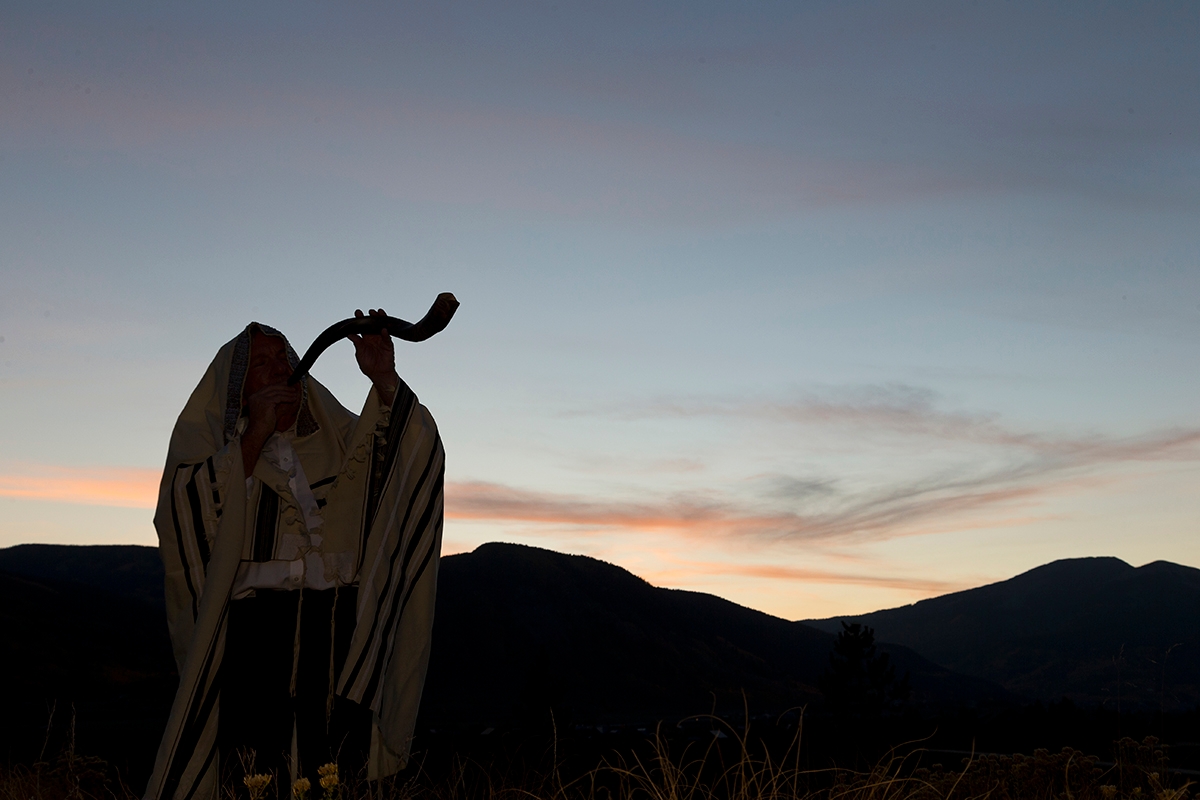 Did you hear that? No, I’m not talking about the shofar — that sound was hope!

True, given all that’s going on in the world, this may not be the most ideal time for tons of thought, introspection and repentance — but it’s always a good idea to pause for reflection and self improvement. Rosh Hashanah and Yom Kippur, better known as the High Holidays, gives us the time and space for renewal, and the opportunity to apologize and learn from our mistakes.

Yom Kippur, which this year begins at sundown on October 4 and lasts for 25 hours, is referred to as the “Sabbaths of Sabbaths.” During this holiday, we pray, give tzedakah and repent for the wrongs we have committed both against God and one another. Basically, we practice something we Jews are pretty good at already: feeling guilty! But, in this case, guilt leads to positive change, and the gift of new chances.

So, take your last sips of water, search your closet for something white and start streaming those services — these facts will definitely give you some food for thought.

During the 10 days between the beginning of Rosh Hashanah and Yom Kippur, we have a sacred mission to be our best selves. This period is called “Yamim Noraim” or “Days of Awe,” and can be found in the Jerusalem Talmud dating back to the 4th to 5th century CE. It is during this time that we focus on what I fondly refer to as the “three Ts” — namely, teshuvah, tefillah and tzedakah (the alliteration is just a bonus!). Teshuvah is the Hebrew word for repentance, tefillah means prayer and tzedakah is translated as justice, although is better known as the act of giving to those in need.

Although we are continually encouraged to engage in these three acts throughout the year, and not just on Yom Kippur, these 10 days are supposed to be full of holiness and “awe” (awesome or awful, depending on how you look at it). We also believe that each of us are on trial, awaiting our final judgement… which takes us to our next fact:

2. Yom Kippur is a matter of life or death!

This is quite literal: On Yom Kippur a traditional greeting is “Gmar Chatimah Tovah,” which is typically translated as “may you be inscribed in the Book of Life for good.” Seriously? Well, during the Days of Awe, we believe that our actions determine our destiny — and if we successfully atone for our sins and have genuine intentions for positive change, the  Book of Life is open to us and ready for inscription. This tradition can be traced back to the 3rd century CE. Rabbi Yohanan taught in Rosh Hashanah 16b that there are three books available to the population: one for the absolutely virtuous, one for the solely terrible, and one for the rest of us. The righteous get first dibs, the wicked are completely left out (sorry, not sorry) and, well, our behavior during these 10 days determines our fate!

3. The evening Yom Kippur service, Kol Nidre, is one of the most important and unique of the year.

A time of great introspection and admission of sins, Kol Nidre, or “all vows,” is one of the most significant and well attended services of the year. The service is named after the first statement, “kol nidre,” and is sung before sunset on the evening of Yom Kippur. Its haunting words are in Aramaic and are chanted three different times during the service. The melody depends on where the community originates, although most Ashkenazim (Jews of Eastern European descent) would recognize this beautiful version.

The words of Kol Nidre are rather complex but, in summary, they state that any vows we make between God and ourselves from now until next Yom Kippur will be null and void. Wait, what? It’s true! There are many theories why this legal proceeding was written — and why it became one of the most essential pieces of Jewish liturgy — although I wish to share the one I find most convincing: Several times throughout history, Jews were forced to convert or renounce their Judaism. It is believed that perhaps the words of Kol Nidre were used to free Jews from promises made under duress or to forgive non-Jewish forced practice.

4. We must ask each other  — and not God — for forgiveness if we have wronged other people.

This is one of my favorite aspects of this biblical holiday and actually helps guide my parenting. I will explain: If my young and adorable daughters tease one another, apologizing to me does nothing! “Work it out between yourselves” is not only a tried-and-true parental saying, it is also a Yom Kippur rule.

As first-century sage Rabbi Elazar ben Azarya explains in Mishnah Yoma 8:9, sins against God may be forgiven on Yom Kippur if one repents and learns from one’s actions. Sins committed between humans, however, must be resolved among the parties involved. It is a Yom Kippur tradition to apologize to those we have hurt with great thought and authenticity.

But after several attempts, what if one still does not obtain forgiveness? Fortunately, Judaism has an answer: Twelfth-century scholar Maimonides taught that if one attempts to apologize with sincerity three separate times (the second and third times with three witnesses present) and the victim still rejects the sentiment, the perpetrator nonetheless fulfills the act of atonement.

Ever been to a bar/bat mitzvah and the student describes the joy of becoming an “adult” in the eyes of the Jewish community?  Well one of those grown-up  “privileges” is fasting on Yom Kippur — and this applies to women over the age of 12 and 13 for men. This ruling originates from several different verses in Torah, and derives from the words “self-denial” and “self-affliction.” If only they were talking about simply abstaining from “The Bachelorette,” sigh.

We fast for many reasons  — but punishment is not one of them. Rather, we are avoiding anything that distracts us from prayer and self-reflection. Fasting is a form of discipline and shows devotion to our willingness to change our behavior. It also makes the day unique and adds to the seriousness of its tone.

My favorite caveat to any Jewish ruling is the notion that health always comes first!  If it is deemed dangerous to fast, one is commanded to eat, complete with a blessing to recite over food consumed on Yom Kippur. The fast lasts 25 hours, just like Shabbat and other holidays. It begins at sundown and ends one hour past sundown the following day.  We allot one hour longer than one full day to make sure we have fasted throughout Yom Kippur completely.  But eating and drinking (and watching “The Bachelorette”) are not the only pleasures we abstain from…

6. The use of electricity, wearing leather, bathing, cosmetics, fragrances and other pleasures (you know what I mean) are a big no-no on Yom Kippur.

Perhaps social distancing on Yom Kippur should become a new tradition and not just for Covid reasons. In the Torah, we are commanded to abstain from all work, which includes the use of electricity, and additionally prohibits the comforts of  superficial desires (and yes, that includes toothpaste and perfume). We are to instead solely focus on repenting for our sins and making sure we do not repeat them.

This is all well and logical, but what about the leather part? Centuries ago, leather was considered a luxurious material and hence follows the same rules as above. In need of a silver lining? One fashion rule-breaker is encouraged: wearing white (even if it’s after Labor Day!). It is traditional to wear white clothing on Yom Kippur, especially in Israel, as it is representative of purity and rebirth.

7. Everything in Israel stops on Yom Kippur — even the traffic lights!

No where can one feel Yom Kippur more than in Israel. The entire country halts for the day: offices and schools are closed, television and radio programming is paused, restaurants and stores are not open, and basic traffic and transportation is suspended.  Otherwise non-religious Israeli families — typically dressed freshly in white — walk or bike in the middle of usually busy streets; some are headed to shul while others just enjoy a day off. At the conclusion of Kol Nidre services, neighbors and friends congregate outside to catch up, filling their souls with conversation rather than food.

And with that… I better start eating and drinking in preparation now! Gmar Chatima Tovah, for real!