A Jewish Apple Cake Recipe, With Love From My Christian Grandma – Kveller
Skip to Content Skip to Footer

A Jewish Apple Cake Recipe, With Love From My Christian Grandma 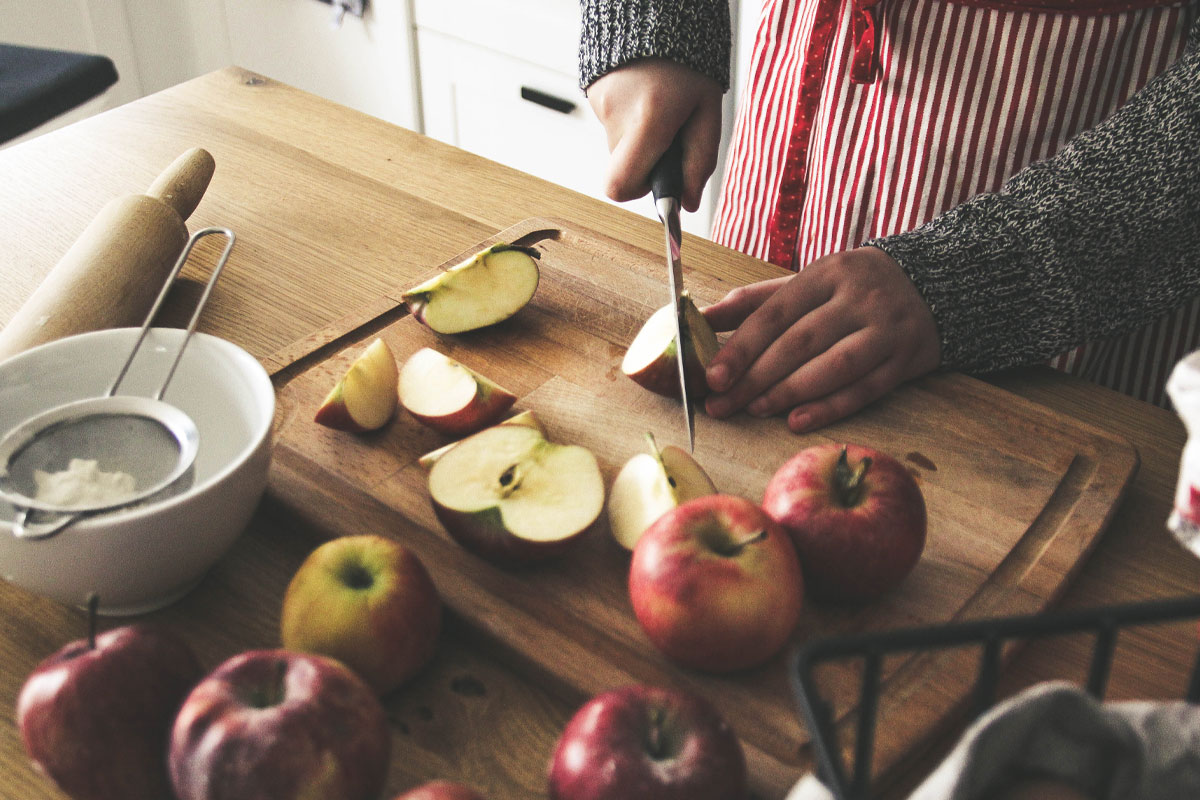 Roughly nine years ago, I chose Judaism. Before I was Jewish, I was raised by Christian parents and grandparents, by a family whose roots in America are as deep as the Revolutionary War. My grandmother was raised on a cattle farm in the Appalachian mountains; my mother, too. From time immemorial, my ancestors have slipped themselves into small, hilly communities and raised many, many children. Love, nourishment and work ethic came in abundance. Racial, religious or cultural diversity was of a much shorter supply.

You can imagine my surprise when, after my grandmother passed away, I found, tucked among her cherished recipes for icebox pie and fried chicken, a handwritten recipe simply titled “Jewish Apple Cake.” Not snipped from Women’s Weekly or the local paper, but handwritten in my grandmother’s gently looping script. And unlike other handwritten recipes in her box – Jean’s Baked Corn and Eleanor’s Rum Punch –  this one identified no source. Moreover, as far as I am aware, my grandmother did not personally know any Jewish people.

Finding this wrinkled recipe for “Jewish Apple Cake” among my grandmother’s things brought me to tears. You see, she died before I met my now-husband and his great, big Jewish family – and long before I converted to Judaism. I knew in my heart that she would have loved my new extended family members: their enthusiasm for celebration, their radical love for family and friends, the genuine curiosity with which they ask “how was your day?” I knew in my heart that she would accept my decision to convert with open arms. The recipe felt like a gentle hug from her, a reminder that I belong exactly where I am – a rather unexpected Jew in a box of familiar tastes and smells. A reminder that familial love perseveres.

I baked her apple cake for my very first Rosh Hashanah dinner. It was a gathering of my husband’s family and friends, dozens of folks gathered from various East Coast Jewish communities. There were no fewer than four apple cakes on the dessert table, plus honey cake, several varieties of cookies and bars, and other treats. Without exception, every single person present asked where my apple cake came from. And I answered truthfully: It’s an old family recipe.