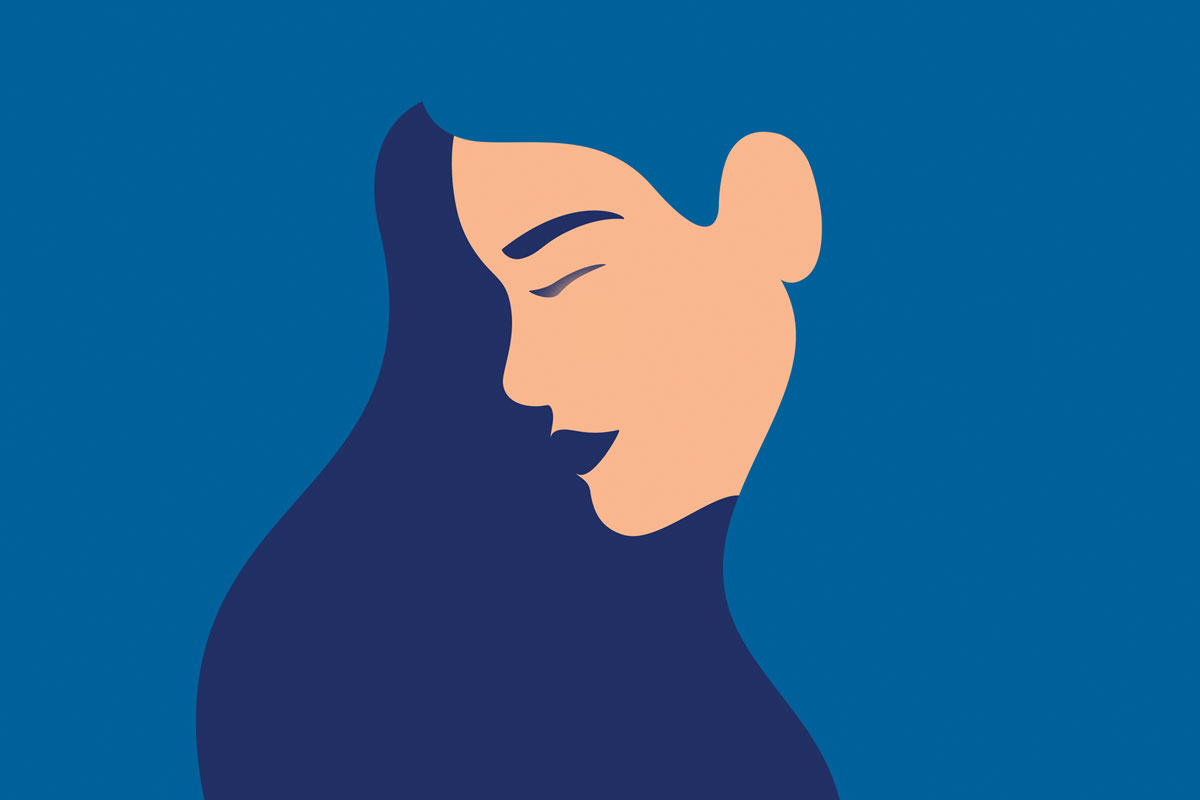 At 3 a.m., my dad knocks on our door and wakes us up. I check my phone and see six missed calls from my older sister. My mom, who has been battling metastatic breast cancer and usually lives with me, had been staying at her place in North Hollywood to hang out with her son. I immediately jumped out of the bed as I heard my sister say that mom had just lost her balance and fell on the floor. She asked what to do, and said she was taking her to the nearest emergency hospital. I told her we would meet her there. It was the longest 30-minute drive I have ever done.

My mom never left that hospital. On January 6, she suffered a hemorrhaging stroke and became brain-dead. She finally passed away on January 9, 2021, peacefully in my and my older sister’s arms.

During that time, COVID was raging. Nobody other than healthcare workers were granted access to the vaccines, no hospitals were open to visitors and most churches still did not hold any services. I was on the Yelp app, looking for mortuaries and funeral homes available to take her, trying to do right by her death. Two hours before she passed, one of them finally answered and allowed her to get cremated on time. We were able to quickly organize an outdoor memorial service with the Catholic church she frequented prior to the pandemic . With her cremated remains in tow, Jacob, my Jewish partner, and I hosted a Catholic mass with only my dad, my two sisters, their husbands and their children in attendance. When it was time to receive the communion, we crossed our arms, and the priest said some blessings for us to receive in lieu of the wafer.

Back home, my dad had unintentionally made an altar for my mom. He made sure to light her memorial candles every day, and kept it lit for 40 days. As the days and months went on, he and I shared memories of her and their time together back in the Philippines. He continued to pray over her death. Meanwhile, I was in the middle of converting to Judaism.

It was particularly hard for me to “re-learn” how to pray, this time as part of a different faith, especially in the wake of someone’s death. And not just any “someone,” but one of my parents. In Catholic Filipino households, the death of a parent comes with a lot of rosary praying and other religious rituals. I felt like I was in the “in-between,” and did not feel like I was doing enough to honor her, a very devout Catholic person. I was ridden with guilt.

Nevertheless, I kept my conversion moving, learning each day about Judaism and “translating” my grief into learning how to pray and keeping Shabbat weekly. My mom used to look forward to my Shabbat dinners, since I always made fresh challah. She didn’t know anything about Judaism, nor did she understand the blessings we recited or why we only did it every Friday evening, but she knew that I was going to be making that soft, sweet bread. She would start asking for it around Friday afternoon, offering to help in exchange for bread. After her death, I started to commemorate her during Shabbat dinners, thinking of her every time I reached for that challah.

Fast forward to July of 2021. My father retired and decided to come help me with my then-newborn daughter, Miriam. Picking up the role of nanny was a breeze for my dad. After all, he was very hands-on as a father back when we were all little.

I started to notice he was sleeping in a lot. I also started noticing his weight loss, even though he never missed a meal. After noticing a hard lump growing on his chest, my older sister urged him to make an appointment for an annual physical. Through that appointment, we found out that he had cancer.

The same panic we all had when my mom was diagnosed ensued; we could not believe we were in this situation yet again. I turned to God and asked why my family was bestowed this unfortunate event yet again. I questioned my faith and I questioned God’s motives.

We got through the December holidays, and my father entered hospice care. I was initially hoping for weeks, even months. Maybe he could make it to Miriam’s first birthday in May? Maybe he would make it to our wedding celebration in December? Who knew?

On January 2, 2022, exactly a week before my mom’s first year death anniversary, my father took his last breath surrounded by me and my sisters as “Blackbird” by The Beatles faded away. It was somber. It was peaceful. It was a fitting exit for my dad.

I definitely don’t have the same “guilt” in practicing and being “in between” religions as I had when my mom was passing. As we were having my dad’s funeral mass at the Catholic cemetery, I heard Jacob singing along to all the songs. He had never heard of them nor knew the lyrics, but he was humming along. When I asked him why, he said he was just honoring my dad, and “they are catchy anyways!” It was so uplifting to hear that we can honor him in our own way, without being part of Catholicism. Before we went to bed that night, we cried, hugged our Miriam and said the Shema.

Throughout the last year and a half of living with my dad during my conversion, it was always a learning exchange. He had stopped eating pork mostly for us, alongside his health, and he didn’t make a lot of shrimp or other shellfish at home, mostly due to my allergies anyway. He respected our Shabbat rituals and sometimes participated in the holidays, like organizing the tree branches on our sukkah for Sukkot.

I felt my connection to Jewishness becoming deeper as my dad’s health started to digress. He and I connected more on spirituality during this time, asking questions like, “Where do our souls go from here?” When he was dying, Jacob quietly read all of the Psalms, as he did for my mom when she was in the hospital as well. We now light a fourth candle for their memory during Shabbat.

Keeping Shabbat has been the most helpful for me, even before their ailments got worse. It has always laid the foundation of gratefulness, celebration of life and love, and to always put things in perspective. Shabbat has slowed down my week to make me realize how many things I need to be thankful for. The biggest one in recent years is to have the privilege to serve, take care of and cherish more moments with both of my parents, and to be there when they have passed the physical world.

I plan to finish my conversion this March, after which I will no longer be “in between” two religions. But I will always honor the faith of my parents, who taught me that no matter what you believe in, within our home, we can find peace, harmony, love and light.