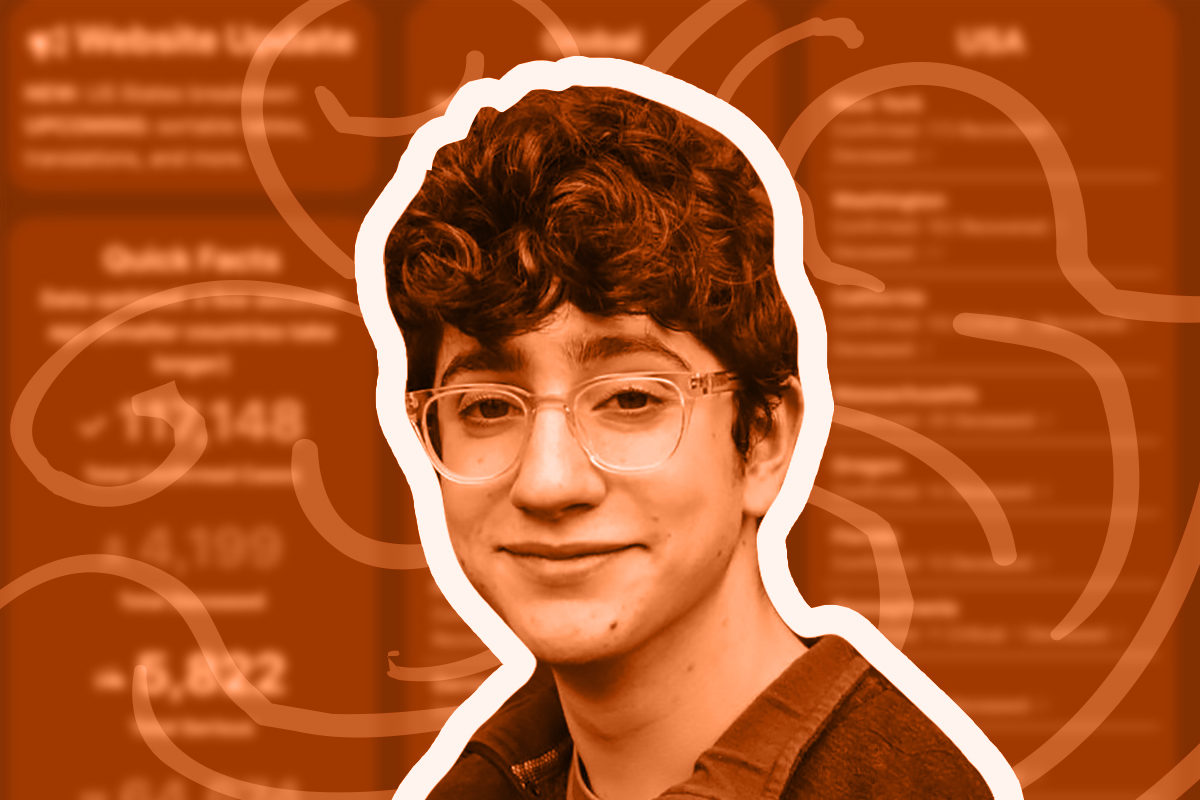 The outbreak of coronavirus, or COVID-19, has been a great source of stress and confusion. Fortunately, a savvy Jewish kid in Washington is here to help us with the latter.

Avi Schiffmann may be only 17, but he’s created one of the most reliable, straightforward, and simplest online clearinghouses for information on coronavirus and its spread:  ncov2019.live.

The website uses reputable databases and sources to give a clear picture of what the coronavirus outbreak actually looks like globally, with a country-by-country breakdown of the number of infected, the fatalities, and the recoveries from the disease.

“I thought it would be cool if there was a website that could pull in all the information from all kinds of (sources),” he told Today. “I mainly wanted to create something that would show the data as accurately as possible because there has been a lot of misinformation.”

Schiffmann launched the site around Christmas, and since then, more than 12 million people have visited — with over 30,000 visitors from Israel alone on March 9 (the day a mandatory quarantine was announced for all those entering the country from overseas.)

He also also said he gets hundreds of messages a day — from supporters, journalists, and academics who have suggestions, and he’s receptive to them. “I thought it would be cool if we could have the numbers of those who recovered,” he told Today, in response to feedback he received. “It shows that it is not all negative. The recovery number is big.” 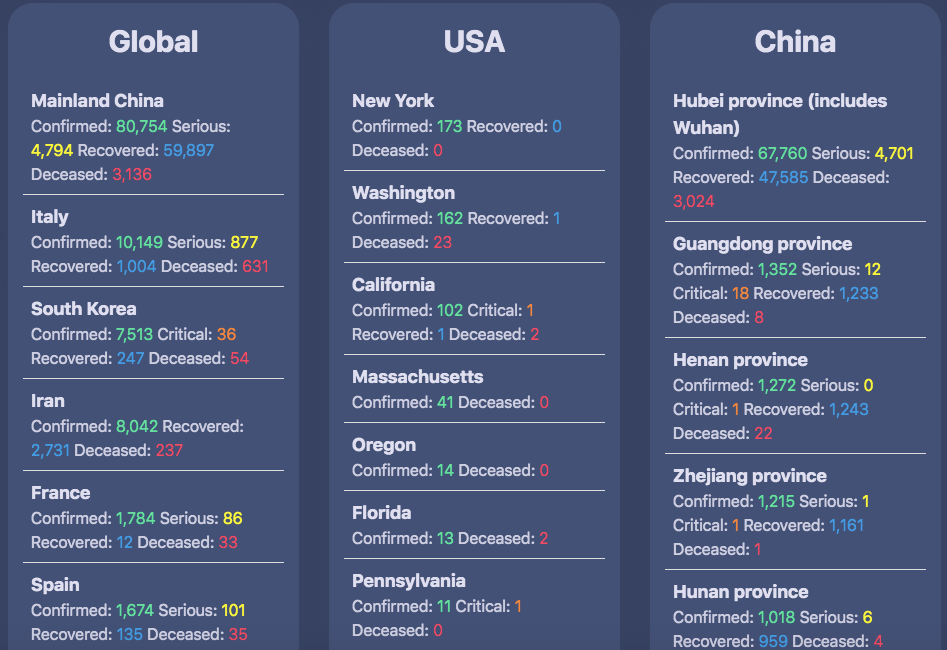 But possibly the best thing about his clever web site? “It’s all automated, so I don’t have to input anything manually,” he told Times of Israel. “The web scraper runs even when I’m sleeping.” The website is programmed to cross-check data from reputable sources, like the CDC, WHO, and news various outlets. (Schiffmann does, however, spend several hours a day optimizing the site.)

Schiffmann started teaching himself how to code at the tender age of 7. Like many a skilled young, Jewish tech whiz, he’s spent some time in start-up nation: Israel. His family moved around a lot as a kid, he’s lived in many U.S. states as well as  Israel, Ireland, and the U.K.

As the son of a physician in a state where an outbreak is happening — his mom is a doctor, his dad is a biologist — the teen is observing, first hand, what he believes is an inadequate response from the government regarding virus’s spread. Schiffmann told Times of Israel on March 9 that his mother “was finally able to get [coronavirus] test kits for her patients only now.”

Perhaps not surprisingly, he has many has aspirations beyond ncov2019.live.

“I want to have the skills to make the next big thing, to change the world,” he told Times of Israel, alluding to the iconic Steve Jobs quote: “People who are crazy enough to think that they can change the world, are the ones who do.’”

We think he’s well on his way to achieving his goal!