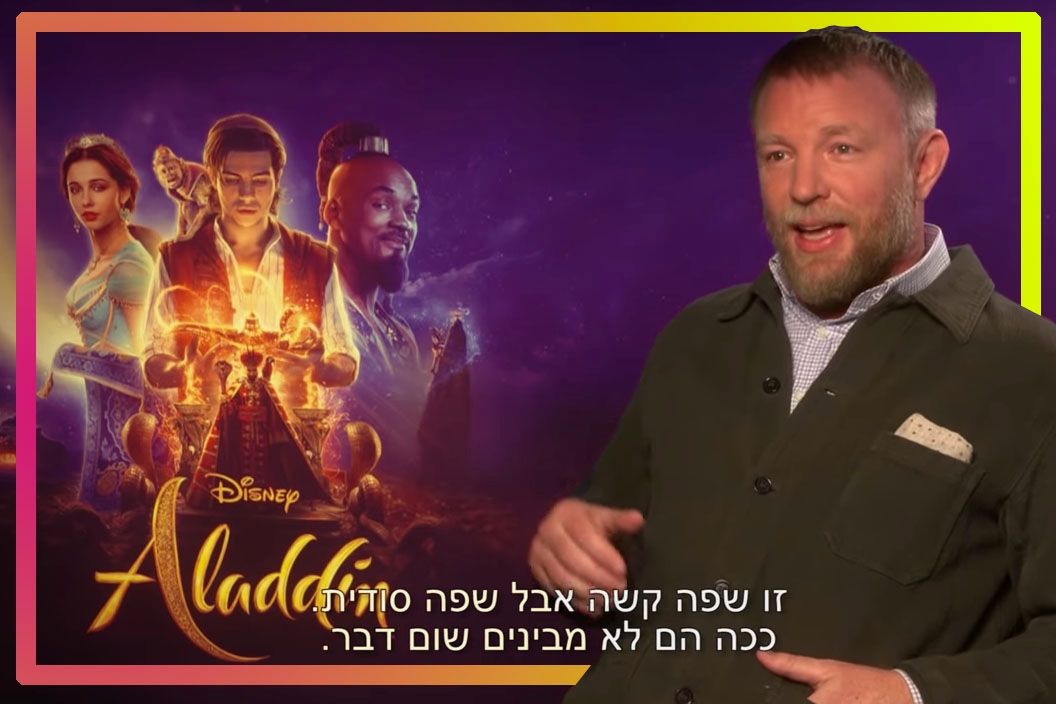 Guy Ritchie is many things: the director of movies like Lock, Stock and Two Smoking Barrels, Sherlock Holmes, and most recently, Aladdin; the former husband to pop royalty Madonna; and… fluent Hebrew speaker?

The world discovered the British director’s Hebrew skills in a recent interview about Aladdin with Israeli newspaper YNET. The entire interview was conducted in Hebrew, which is pretty darn impressive —  as a native Hebrew speaker, I can say his pronunciation is quite excellent.

Ritchie, who is not Jewish, tells the interviewer that he wanted to make Aladdin because he has five kids, and they only watch movies that are appropriate for the entire mishpacha (that’s “family,” in Hebrew). He also says it was his bat (that’s “daughter”) who came up for the idea for a live-action version of the 1992 animated Disney film.

As for his Hebrew skills, we don’t know this for sure (um… Guy and I haven’t hung out in ages….) but there’s a good chance that it was Madonna who drew the filmmaker to the Hebrew language. After all, it was the Material Girl who first turned him onto the Jewish mystical tradition of Kabbalah.

But nowadays, it seems Ritchie’s reason for using Hebrew seems far more grounded in practicality, and not religion: He uses it to hide things from his kids!

That’s right, the 50-year-old director speaks Hebrew with his wife, model Jacqui Ainsley, 37, when he doesn’t want his kids to know what they are talking about — and honestly, that’s so relatable. I mean, being able to scheme about how to distract your kids from their recent tantrum, or sneak off for some “me” time without them understanding? It’s a pretty priceless skill.

Apparently, Ritchie has been studying Hebrew for the last 15 years, with a teacher from Haifa, and Jacqui started learning the the language (via Skype) when they married in 2015. She told the Evening Standard that Ritchie got her “into studying the Kabbalah and the Torah and the ancient texts, but I was more interested in reading the original text than a translation.”

The non-Jewish couple has three kids with very Jew-y names: Rafael, Rivka and Levi. (Ritchie also has two sons from his previous marriage with Madonna: Rocco and David).

And, as it happens, this isn’t even Ritchie’s first Hebrew language interview! When the same interviewer  — who is genuinely gobsmacked by his skills — asked “why Hebrew?” when he was promoting his 2017 film, King Arthur, Ritchie responded: “Why not?”

“It’s Israel,” he added. “All stories begin in Israel.”