The Hanukkah Story – Kveller
Skip to Content Skip to Footer 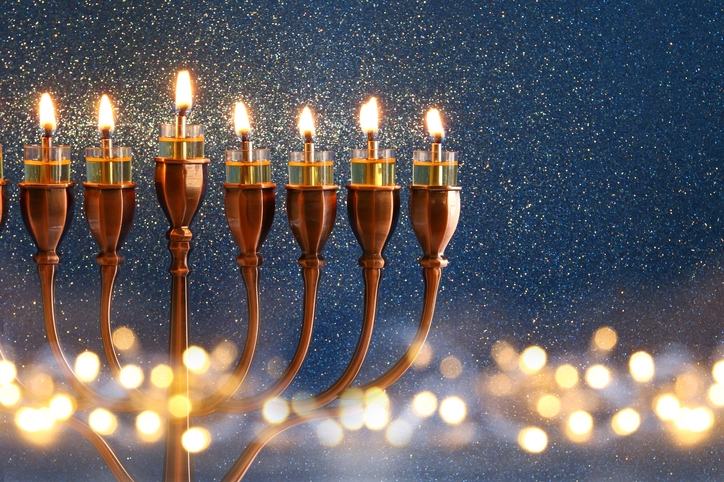 A long, long time ago (in 168 BCE, to be exact), King Antiochus IV ruled over ancient Israel. Not being a fan of variety, he demanded that if you didn’t pray to the Greek gods and share in his same culture, you would be in trouble.

This was a problem for the Jews, who still wanted to partake in Jewish traditions like studying Torah and celebrating Shabbat. This made some of the Jewish people so angry that they decided to disobey the king. Preist Mattathias and his sons were joined by other Jews to fight back against King Antiochus IV.

One son, Judah, a.k.a. Judah the Maccabee, stepped into the spotlight, leading all of his fellow fighters, the Maccabees, in an attempt to save their Jewish heritage. Even as the king’s soldiers rode in on elephants to attack, the Maccabees stayed strong and drove them right out of Jerusalem.

Upon their victory, the Maccabees cleaned up the Temple and decided to light a menorah, an oil-burning lamp. As the story goes, they only had enough oil to burn for one day, but miraculously, the oil lasted for eight days and eight nights. That is why we celebrate Hanukkah for eight days, lighting another candle in the menorah each night to remember this miracle and the triumph of the Jews.

With all this talk of oil, eating dishes like latkes and jelly donuts are the perfect way to celebrate Hanukkah. You can also check out how to make your own menorah  and the rules of playing dreidel.