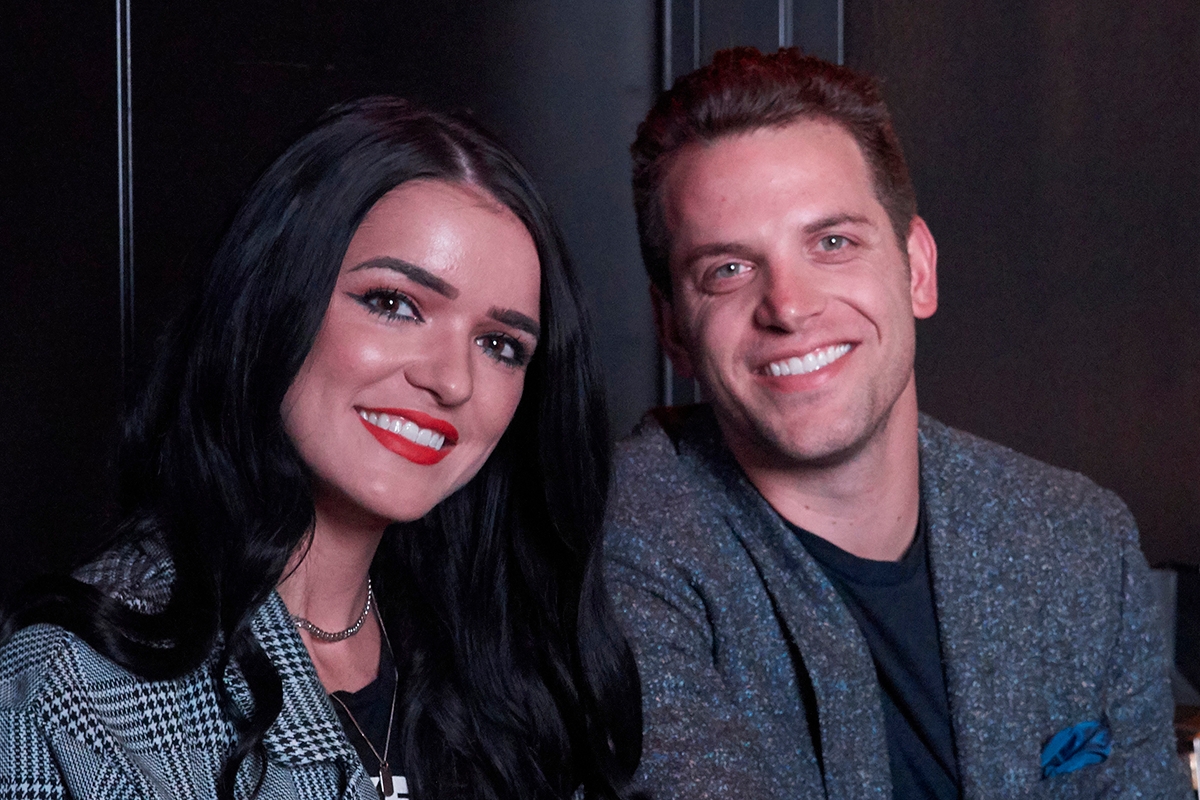 First comes “Bachelor In Paradise,” then comes a delayed pandemic marriage, then comes a baby with a very Jewish name!

Mazel tov to Jewish “Bachelor In Paradise” season four alum Adam Gottschalk on becoming a Jewish dad, and to the bachelorette who won his heart, Raven Gates, who really did all the work.

The couple welcomed their first child last week, and they gave him a super Jewish name to boot: Gates Zev Gottschalk. Gates is of course a nod to Raven’s maiden name, while Zev means wolf in Hebrew. The name is a tribute to Gottschalk’s great-grandfather, which he shared on Instagram.

On the Instagram post, “The Bachelor” and “The Bachelorette” (and “FBoy Island”) producer Elan Gale commented that Zev was also his grandfather’s name, to which Gottschalk replied, “it was meant to be.”

In paradise, the two hit it off right away.

Despite being from totally different backgrounds — Gottschalk grew up Jewish in Southern California and works as a real estate broker in Dallas, while Gates is Christian and was, at the time, a small business owner working in Arkansas — their chemistry was undeniable (Gates fondly reminisced about their time in the fantasy suite on the “Off the Vine” podcast.)

But for this couple, romance really began after the cameras stopped shooting — Gottschalk refused to propose at the end of their paradise stint, wanting to first put their long-distance relationship to the test. But the couple kept thriving. Gates moved her life and her small business to Texas in 2019, and they got engaged in May of that year. Their wedding was originally scheduled for May of 2020, and it was supposed to take place in Gottschalk’s mother’s synagogue, but then the pandemic hit and the temple closed down.

The couple finally decided they couldn’t wait any longer and got married in Hickory Creek, Texas in April of 2021, after postponing their wedding twice, whittling their guest list down from 450 to just 20.

“We are having a pretty traditional Jewish wedding,” Gates told People before the ceremony, adding, “we have a lot of trust in our rabbi.”

The two got married under a white floral chuppah, with their ketubah (Jewish wedding contract) behind them. Gottschalk wore a yarmulke and smashed the glass.

At the wedding, the couple talked about how they couldn’t wait to have babies, with Gottschalk saying he wanted three kids, and Gates wishing for a honeymoon baby.

Well, it looks like Gates’ got her wish, because eight months after the ceremony, the couple went back to their wedding venue for a pregnancy photoshoot.

And now baby Gates Zev is here! He was born on January 18 in an emergency c-section, and he already has his very own Instagram, because of course.

The couple also introduced baby Gates to their puppy (or dog brother, if you’re so inclined), a black German Shepherd who got special baby training before the birth. Their dog, coincidentally, also has a very Jewish name: Boaz, which means swiftness or strength in Hebrew.

By the looks of it, that meeting went well, or at least it was very adorable!

Mazel tov to the Gates-Gottschalk family.