Chill Out and Watch These 9 TV Shows With Your Kids 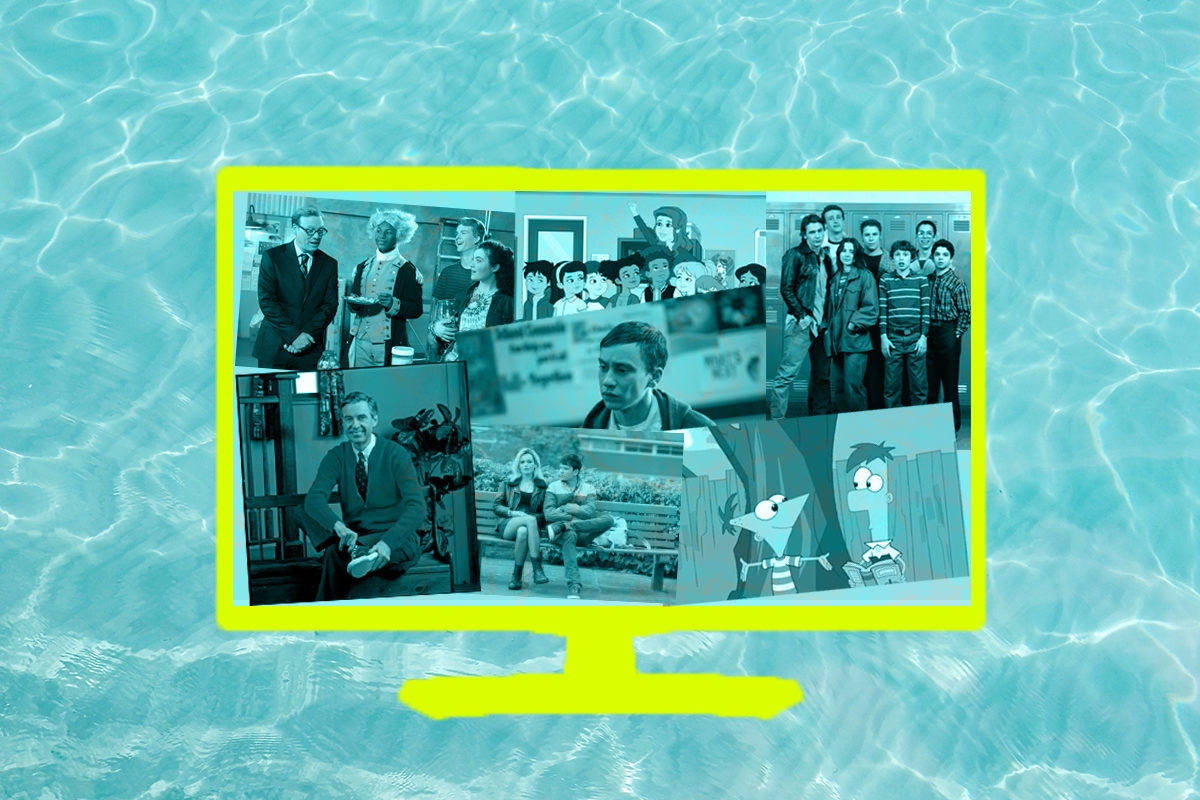 Ah, summer. No homework, less scheduled activities, more free time…  it all sounds like a dream. And it is a dream — except for, you know, those real moments of parenting. Like when your kids are unwilling to admit that they are exhausted from hours of playtime outside, and that exhaustion makes them all unravel in horrid ways. Or when your blissful family togetherness has devolved into an endless cycle of “SHE’S COPYING ME!” complaints. (Scream those words 70 times, at the top of your lungs and in a high-pitched voice, to get the full effect.)

In short, my friends, summertime is swell and the great outdoors is pretty great — but sometimes we just need TV.

But don’t despair! Turning on the tube does not — repeat: does not — make you a bad or a lazy parent. And while there is plenty of true garbage on television (I’m looking at you, FOX News!), there is a lot of genuinely good, non-cynical programming for kids of all ages.

So whether you need to turn the TV on as a way to pacify children, or because you’re looking to sit with your kids and chill in some A/C, or maybe because you just need a 22-minute chunk of time to yourself, I don’t judge. I do, however, judge the quality of programming: There’s so much good TV out there that there’s just no reason to settle for crap.

As a mom of kids whose ages span age 4 to 15, I thought I’d share some great shows that you can plunk your kids in front of with no guilt whatsoever. Enjoy!

1. Odd Squad: This PBS show introduces math concepts in a pseudo-Dragnet setting. The kids watching won’t even realize that they’re learning because it’s so much fun! It’s kind of like Jessica Seinfeld sneaking vegetables into her kid’s brownies, but better, because this is program is basically like zucchini itself convincingly masquerading as a delicious, gooey brownie.

2. Mr. Roger’s Neighborhood: Some things are classics for a reason. At least four seasons of this amazing show from my (last-century) childhood are on Amazon, and it’s worth revisiting (and for adults, if you don’t know the show, get a quick primer on it by watching the documentary from last year, Won’t You Be My Neighbor?). Mr. Rogers takes on tough topics through imaginative play and by talking to kids like they are people. It doesn’t have modern graphics or production values, but my 6-year-old finds its life lessons captivating.

3. The Magic School Bus Rides Again: On Netflix, this reboot stars Kate McKinnon as Ms. Frizzle. My kids liked the old episodes, but this one has more modern-looking animation and just seems less dusty somehow.

1. The Who Was? Show: The premise of this show on Netflix is kind of weird to me — two random historic figures’ life stories are interwoven in a live-action sketch comedy show. But I find it pleasant to have my kids casually saying things like, “You’re acting SUPER spoiled, like Marie Antoinette,” to each other. Well, maybe they should have watched more Mr. Rogers in order to fully absorb those lessons about being nicer to each other, but you get my point.

2. Brainchild: Another Netflix show, this one explains science — everything from germs to dreams — in a way that’s entertaining and readily comprehensible. Its host is also a girl who’s a woman of color, which I ADORE. (Tip: skip the “social media” episode — too irrelevant for elementary-age kids in my book — and go straight to the second episode.)

3. Phineas and Ferb: I mean, it is summer. And as Phineas and Ferb will tell you on Amazon, “There’s 104 days of summer vacation, and school comes along just to end it. So the annual problem for our generation, is finding a good way to spend it.” Is there anything educational about this animated series? No. I just love this cartoon. So sue me. And my kids do, too.

1. Atypical: My friend Rebecca Einstein Schorr wrote about this show here, but everyone should watch it. It’s just a great and smart Netflix series about what it’s like to be a non-neurotypical high school kid today. Loved it.

2. Freaks and Geeks: This is an “old” (ahem) classic about outcasts in high school that stands the test of time. It also offers proof of how certain people, like Jason Segel, don’t seem to age at all. What is up with that??

3. Sex Education: This one’s definitely on the older end of the age spectrum. But If you have older teens who still watch TV with you, this is a fun show with great performances. It’s what would happen if a John Hughes film landed somewhere in England and became more aware of and attuned to racial, sexual, and economic diversity. It’s laugh-out-loud funny, and know that it’s a bit dirty, too, if that kind of thing makes you skittish. (I’m fine with it, but then again, I have six kids, so draw your own conclusions).