Cokie Roberts Showed Us What a Modern Interfaith Marriage Looks Like 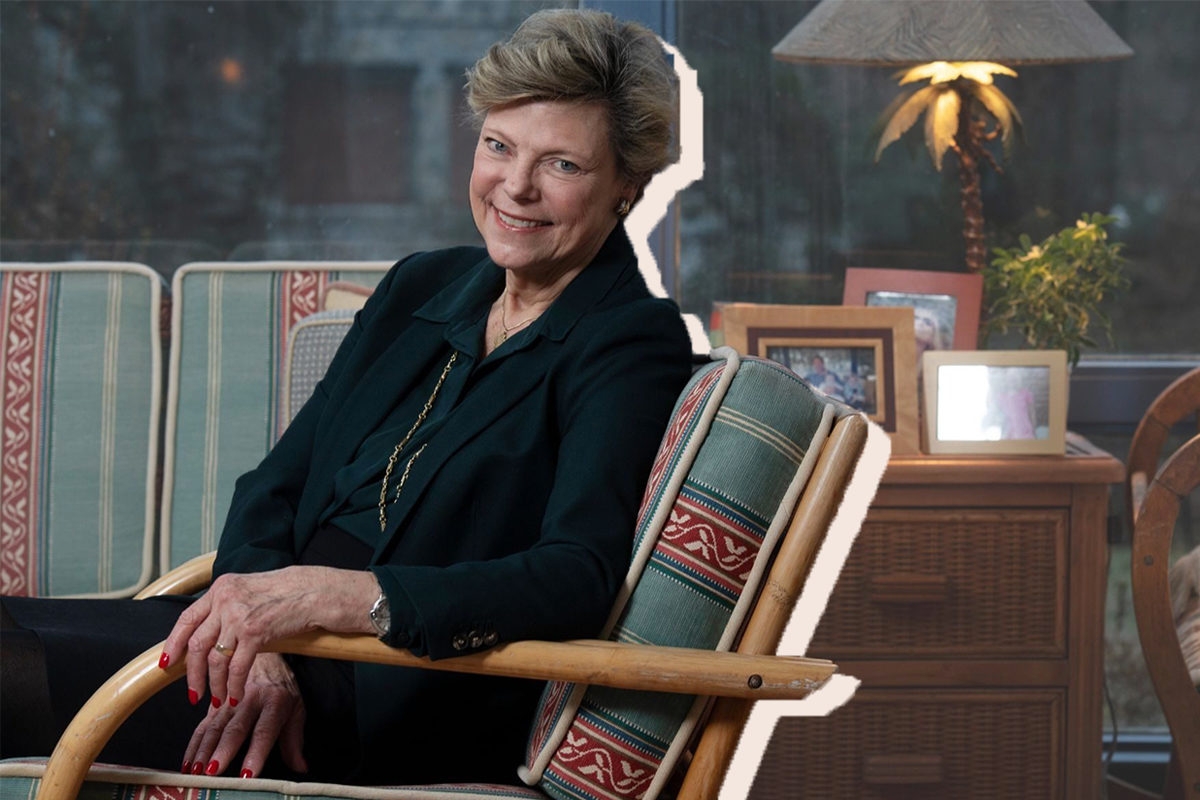 If you’re anything like me, hearing Cokie Roberts’ incisive political commentary on NPR was always a highlight of the Monday morning broadcast.

Alas, her soothing, slightly raspy voice is one we will hear no more: The pioneering journalist died today, Tuesday, due to complications from breast cancer. She was 75.

Since you are reading about this on Kveller, you may understandably find yourself thinking, “Wait, Cokie Roberts is Jewish?”

The answer is a hard no. And yet, Roberts — who was born to a political family in New Orleans with the incredible name Mary Martha Corinne Morrison Claiborne Boggs; she was nicknamed Cokie by her brother — became beloved in many Jewish circles for being one-half of a proudly and happily married Jewish-Catholic interfaith couple.

She married Steven Roberts, a Jewish journalist and a journalism professor at George Washington University, in 1966. “We had a Jewish Catholic marriage and had to overcome some hurdles,” she told the New York Times in 2017. “So we married in my backyard instead in a house of worship.”

Throughout the decades, the couple collaborated on many projects, including a jointly written, nationally syndicated news column for USA Weekend, and two children, Lee Roberts and Rebecca Roberts.

In 2000, the couple published the co-written book, From This Day Forward, a heartfelt, frank discussion of their interfaith marriage — written in dialogue form — as well as an examination of the state of marriage in the U.S.

RIP to Cokie Roberts. I had her husband Steve as a college professor at GW and their book "From This Day Forward" about interfaith marriage convinced my wife and I that we could make our interfaith relationship work. https://t.co/FBv5XQi3tg

And then, just over a decade later, in 2011, they published a widely publicized interfaith Haggadah, Our Haggadah: Uniting Traditions for Interfaith Families.

During the years between these two interfaith tomes, “there’s been a lot more recognition of reality, and so that now a lot of congregations, JCCs, rabbis, and official people in organized Judaism are recognizing that half their kids are marrying non-Jews,” Roberts told the New York Jewish Week in 2011. “And so instead of shunning them, they are finding ways to embrace them and encourage the practice of the religion.”

Even though the Haggadah included quotes from the likes of Mother Teresa and Jesus, the seder guide was designed to make Passover accessible to everyone. As the jacket copy reads, the Haggadah “is a practical guide for interfaith families, whether they’re celebrating their very first Passover or starting a new tradition. Originally composed on a typewriter and stapled together, Our Haggadah has been the Robert’s family’s handbook for each seder and comes from years of adapting and expanding their seders to welcome all who wish to take part in the celebration.” (Can we just pause to say how amazing this sounds?)

“I feel very strongly that even though I think anyone can relate to the story and message of Passover that this is a Jewish holiday,” Roberts told the Jewish Week. “This Haggadah is in no way an attempt to Christianize or baptize Passover. Quite the contrary: I feel incredibly respectful of Jews throughout the centuries who have worked to keep this alive, sometimes at great personal peril.”

so, so sad to read of Cokie Roberts’ death. while I learned much from her reporting and analysis over the years, I’m especially grateful to her for the Haggadah she and Steve wrote, which has inspired my own interfaith Seders. may her memory be a blessing.

Roberts joined a then-infant NPR in 1978 and became one of the revered station’s iconic voices; working alongside incredible reporters Nina Totenberg, Linda Wertheimer, and Susan Stamberg, they helped change the public perception of what a journalist looks and sounds like. (Read: not always male!)

In 1988, she became a political correspondent for ABC’s World News Tonight, and she regularly filled in for anchor Ted Koppel on Nightline. From 1992 to 2002, she co-anchored ABC News’ This Week, which aired on Sunday mornings, alongside Sam Donaldson.

Throughout her long career she won numerous awards, including an Emmy in 1991.

Although Roberts did not “give up Jesus,” she became, as her husband has joked, “the best Jew in the family.” She was also a devoted — but not overbearing! — grandmother to her six grandchildren.

“I know that it is really hard to raise a family and particularly to raise a family while working,” she told Grandparents.com. “They don’t need anything from me except for an occasional helping hand. My job is cheerleader. And I am so glad it’s their turn.”

May her memory be a blessing.