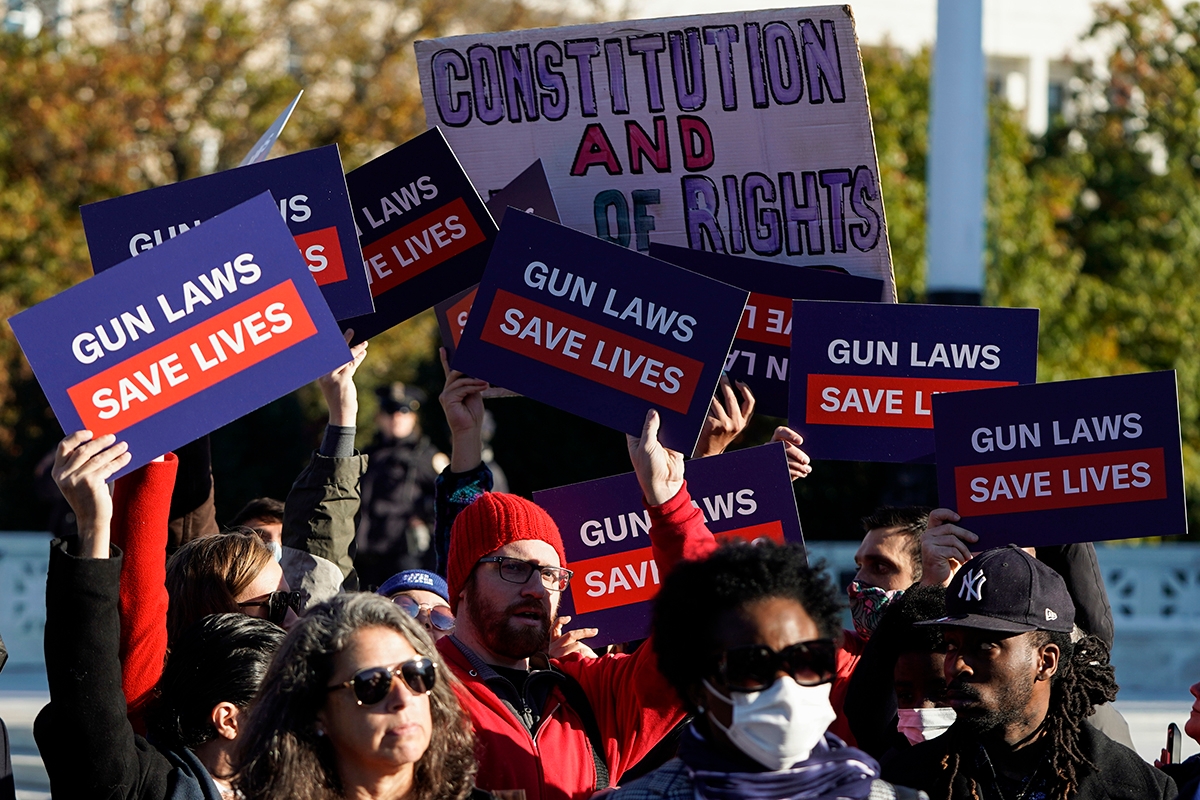 Editor’s note: This piece was originally published on December 2, 2021. We are republishing it today in light of the horrific school shooting in Uvalde, Texas. This has to stop.

The desperate desire to help end the gun violence epidemic in America is rooted in inherently Jewish values. But our reluctance to talk about it is Jewish, too — the way we whisper “cancer,” or refuse to buy baby clothes for the unborn.

It’s the abstinence-only issue of the next generation. Many parents think that if we don’t talk about gun violence, it won’t happen. Meanwhile, our kids hide in supply closets for 20 minutes a few times a year to prepare for the unpreparable.

As we approach the anniversary of the Sandy Hook massacre and the San Bernardino shooting of 2015, which, with the way time flies, will be followed quickly by the anniversaries of Parkland and Santa Fe, of course, I cannot help but feel a responsibility to do something about the constant barrage of shootings in our country. I feel it every year. I feel it every day. As I write this, there was another school shooting, this one in Michigan. We cannot keep letting this happen.

I was raised on “never again.” It’s taken on new meaning now. Every time there’s another mass shooting, I think, this must be the last time. I think of my grandparents, believing they invented the rallying cry after the Holocaust, when really, their ancestors and mine likely said it each time the temple was destroyed or a synagogue was vandalized.

Much like the Passover seder, when we say “I was a slave in Egypt,” we must treat gun violence as if each one of us was there for every. single. horrible. tragedy. That is how we teach our children that, in order to understand the magnitude of tragedy and strife, we must act as if it happened to us.

This ideology is also shown in Yom Kippur services, when we go to temple and collectively take responsibility for our whole community’s mistakes and transgressions. Together, every year, we ask for forgiveness. We ask for the chance to try again, and we forgive each other when it’s healthy and possible to do so (I have to leave space for the times and instances where forgiveness isn’t healthy or productive).

I recently sought counsel about promoting my book, “AfterMath,” which deals with the trauma and healing that come after a school shooting, from a wise, wonderful rabbi I admire. “Who am I to tell this story?” I asked him. Who am I to invoke Sandy Hook and Parkland and San Bernardino to raise awareness? Who am I to take on this topic? Shouldn’t I leave this to the survivors? To the families? To the legislators — to those who can make the laws and sign the bills?

He told me: We are not going to solve this crisis with legislation alone. We must reach hearts and minds if we want to see true, systemic change. And we need all of us to do this important work.

There are many examples of Jews in America joining forces with other minority groups struggling, whether it’s supporting the Civil Rights Movement of the 1960s, amplifying voices of women, speaking up for the Black Lives Matter movement, or speaking out against AAPI hate. Of course, not all Jews do this, and even those of us who already do can, and should, do even more. I think the teachings of Judaism encourage us over and over to help the oppressed, to condemn the oppressor. According to the Torah, we’ve been the underdogs, the enslaved, the out-armed, the stranger in a strange land, and instead of this making our hearts harden, it should serve to make us empathetic towards everyone else suffering, and encourage us to help.

I could tell you that the Tree of Life Synagogue shooting felt personal to me — and it did — because not only was it a Jewish congregation, it was the community where my mother was born and where her cousins became bar mitzvahs, where my great aunts and uncles were married. But the truth is, every mass shooting feels personal to me. There was also one at the mall in my hometown, and one at the Capital Gazette in Annapolis, Maryland, somewhat near to where my own dad was a news reporter for his whole career. I’m just one person, and yet I can give you so many examples of mass shootings that were somehow connected to my life, geographically or personally.

But the point is that it doesn’t require these personal connections for a mass shooting to feel devastatingly close and personal to me. Every single one does. Every time this happens, if it’s at a school, a mosque, a church, a grocery store… every time, it feels too close, too real, too wrong.

And so preventable. Other similarly situated countries do not have this problem. It’s so incredibly American. My ancestors came to this country to seek freedom from violence; my grandfather, Harry Dobkin, came in 1918 from Russia to get away from pogroms. My grandmother, Florence Dobkin, lost all her cousins in the Holocaust because they stayed behind in Hungary whereas her father came to the U.S. My other grandparents’ families and my husband’s grandparents all came here from Germany at various times for the freedom to live safely and in peace.

Ending gun violence is part of that bargain. America took us in when we needed refuge, and now, we all must collectively seek refuge from within it.