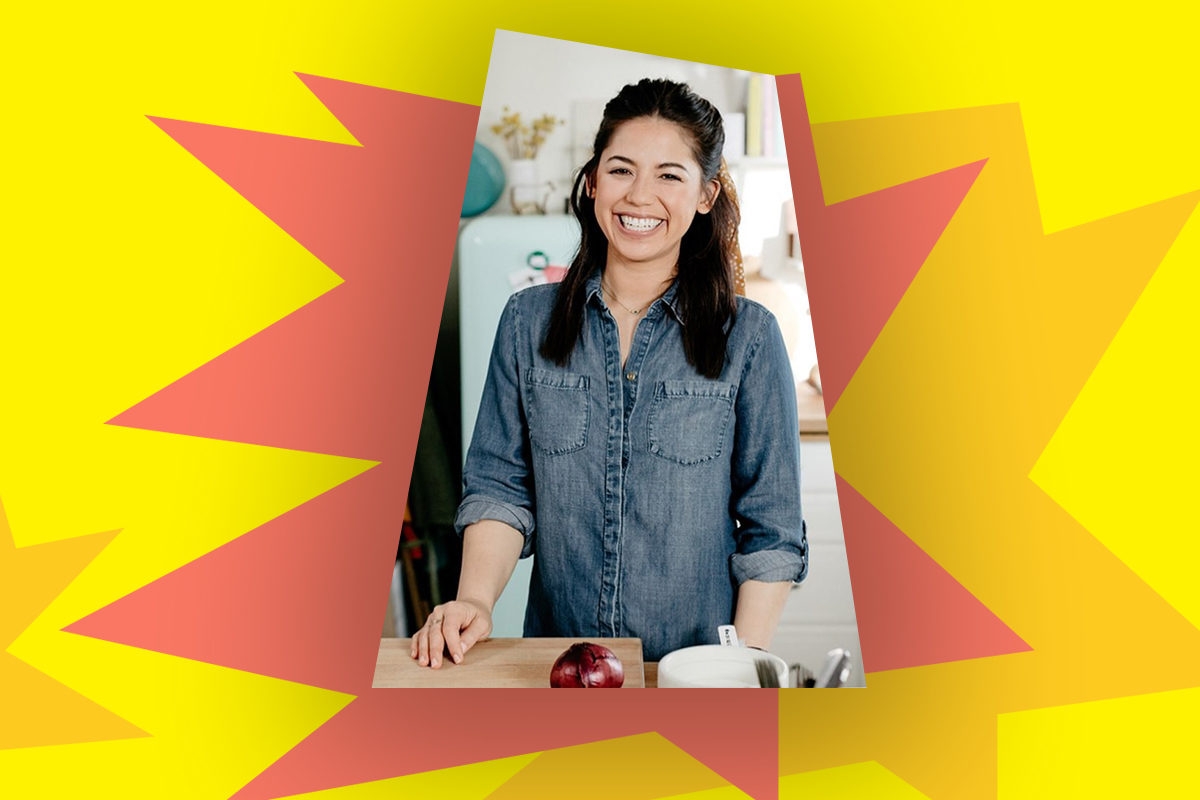 Molly Yeh, the very darling host of Girl Meets Farm on the Food Network, is a new mom. Mazel!

The cookbook author — who draws inspiration for her gorgeous recipes from her Jewish and Chinese heritage — and her husband, Nick Hagen, a fifth-generation farmer, welcomed their daughter on March 31.  Apparently, she “arrived promptly and calmly on her due date.” (We should all be so lucky!)

While pregnant, the Emmy-nominated TV host gave her future little one a cute and, some would argue, very Jewish nickname: poppy seed.

The name did not stick, however, and Yeh went with an adorable, old-school name, Bernadette, nicknamed Bernie (Jew-y!) after her great-grandfather, Bernard, a Hungarian immigrant, as well as her husband’s Norwegian great-great grandfather, Brendt.

She also bestowed her daughter with the lovely food-inspired middle name, Rosemary, after her own grandmother. We love it! (We also love Bernie’s squishy cheeks!)

💕 Meet Bernie!! 💕🧸👶🏻💖 Bernadette Rosemary Yeh Hagen arrived promptly and calmly on her due date (today!) at 1:30am, weighing 7 lb 6 oz. We are so wildly in love! Bernie is named after Nick’s great great grandpa Bernt, who came from Norway and started the Hagen farm, and my great grandpa Bernard, who came over from Hungary. Rosemary was my mom’s mom. 💕 She has a full head of hair and loves to stick her tongue out just like this 😛. If you need me, I’ll be cuddling and smooching her all day long forever and ever. 💕❤️💕❤️💕❤️

Yeh — who, by the way, is a Julliard-trained percussionist, also a posted a picture of herself eating a bagel with lox in her hospital room, which was definitely this Jewish mom’s first post-baby meal of choice! [Ed. Note: Mine, too!] I fondly remember the first taste of lox after all those months of abstention! So good.

Of course, the industrious food maven managed to prep a freezer full of meals for after her delivery, which is awe-inspiring, though perhaps a tad less relatable.

hi! my gigantic meal prep post is now on the blog!!!! ⚡️⚡️⚡️⚡️⚡️ go check it out. #mealprep #babymealprep (📷 @chantell_lauren)

We’re so happy for Yeh and her gorgeous family, and hope to catch glimpses of Bernie is season 4 of Girl Meets Farm!