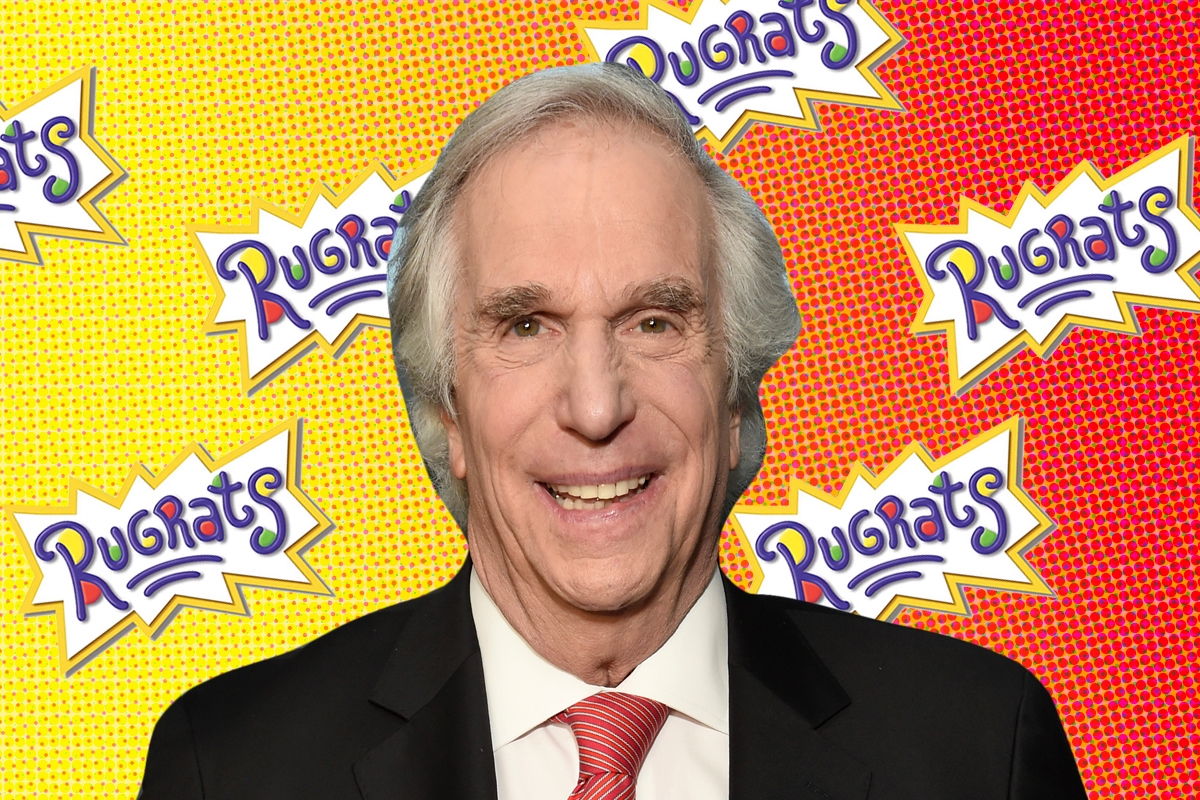 “The Rugrats” — the cartoon that originally aired on Nickelodeon between 1991 and 2004 — proved to us all that you could have a delightful, compelling show about a group of scraggly babies. It’s a premise that should have garnered “I’m too old for this” indignation from kids, but instead, it was winning, funny and a smash hit. The darling nasal voice of protagonist Tommy Pickles, voiced by E. G. Daily, helped bring up an entire generation and spawned a multi-million dollar movie franchise. “The Rugrats” was also one of the biggest mainstream shows that centered around a Jewish family — validating thousands of millennial Jews like myself who rapturously watched it across the world.

That’s why it’s not surprising that the show got a recent CGI reboot from Nickelodeon and Paramount+. The updated version of the show takes place in the present day (2021), but it brings back the same, nostalgic characters we have all grown to love. The first season already started airing back in the spring, but a new batch of episodes is premiering on October 7 — and will include a very familiar Jewish voice: that of Henry Winkler (yep, the Fonz!).

Of course, “The Rugrats”  introduced many viewers (young and old!) to Jewish customs. In the show, Tommy Pickles’s father, Stew, is Christian, while his mother, Didi, is Jewish — just like the series’ co-creator, Aline Plansky, who admitted that she got the inspiration for the show’s toddler protagonist from her own son. The series also released two of the best Jewish holiday episodes ever made; one for Passover and one for Hanukkah. These episodes — which retell the stories of the holidays using the Rugrats characters as stand-ins for historical Jewish figures — are so good that decades later, families still make them a part of their holiday traditions (and bonus: they’re mostly fairly accurate!).

Part of what makes these Jewish holiday specials oh-so-good is the appearance of Tommy’s maternal grandparents: Boris and Minka Kropotkin, who were originally created by Jewish actors Michael Bell (who voiced Drew Pickles in the original) and Melanie Chartoff (who also voiced Didi Pickles from 1991 to 2004).

Now, almost three decades after the show originally premiered, Boris and Minka are getting introduced to a new generation. This time around, they are voiced by two greats: Winkler and Swoosie Kurtz.

The characters will appear in an episode titled “The Bubbe and Zayde Show” — which is what Tommy adorably calls his daily video calls with his grandparents (we call it “The Safta and Saba Show” at my house). Except that in this episode, Minka and Boris take the show on the road and all the way to the famous playpen — they come to visit Tommy from the Jewish retirement state, AKA Florida.

This version of Boris and Minka is a lot more young, hip and relaxed than the earlier incarnation. The characters shed their original Yiddish immigrant accents for the affectations and speech patterns of a pair of retired New Yawk Jews. They’re both dressed in their Tommy Bahama best, with bright patterned attire that’s perfect for the Sunshine state.

“Look what I get for you, it’s for Hanukkah! Well, OK, so it’s a little early,” Boris tells Tommy, handing him an electric dreidel which starts to play “Dreidel, Dreidel, Dreidel” before shortly running out of juice.

“Ah, cheap batteries, now our only grandchild will think we don’t love him!” Minka exclaims in somewhat stereotypical, overdramatic Jewish grandma fashion (we love Kurtz, so we’ll take it!).

“It is so much fun being a grandfather and playing a grandfather,” Winkler told ET online about the episode. “While I’m recording my lines, in my mind I’m talking to my actual grandchildren. I just know that this new iteration of ‘Rugrats’ will delight a whole new generation.”

IRL, the “Barry” star is a grandfather of five — he has two children, Zoe and Max, with his wife, Stacey Weitzman, and a stepson, Jed, from Weitzman’s previous marriage. He recently kvelled about how, after seeing his grandson, Ace, dressed up as the Fonz for Halloween, “my heart dropped out of my chest.”

With 5 grandchildren I TOTALLY agree https://t.co/q8mMeQJNjl

Of course Winkler —  just like his Rugrats counterpart — is Jewish. His parents were German Jews who escaped Nazi Germany in the late 1930s; Winkler’s father told his wife that they were going to the U.S. for a short visit, but they wound up staying here and building a life in New York for Henry and his sister, Beatrice. They joined Congregation Habonim in Manhattan, where his mother ran the Judaica store.

Unfortunately, not all of Winkler’s family was so fortunate — the “H” in Winkler’s first name honors his Uncle Helmut, who did not manage to escape the country and who died in Auschwitz.

If a grandchild asks … You know ! pic.twitter.com/K83N3fQYZz

The prospect of introducing my own little rugrats (who are around the age of the shows’ lead characters) to this classic from my youth with the help of none other than Winkler makes me smile. I can’t wait to screen “The Bubbe and Zayde Show” with my own Jewish family. From generation to generation!