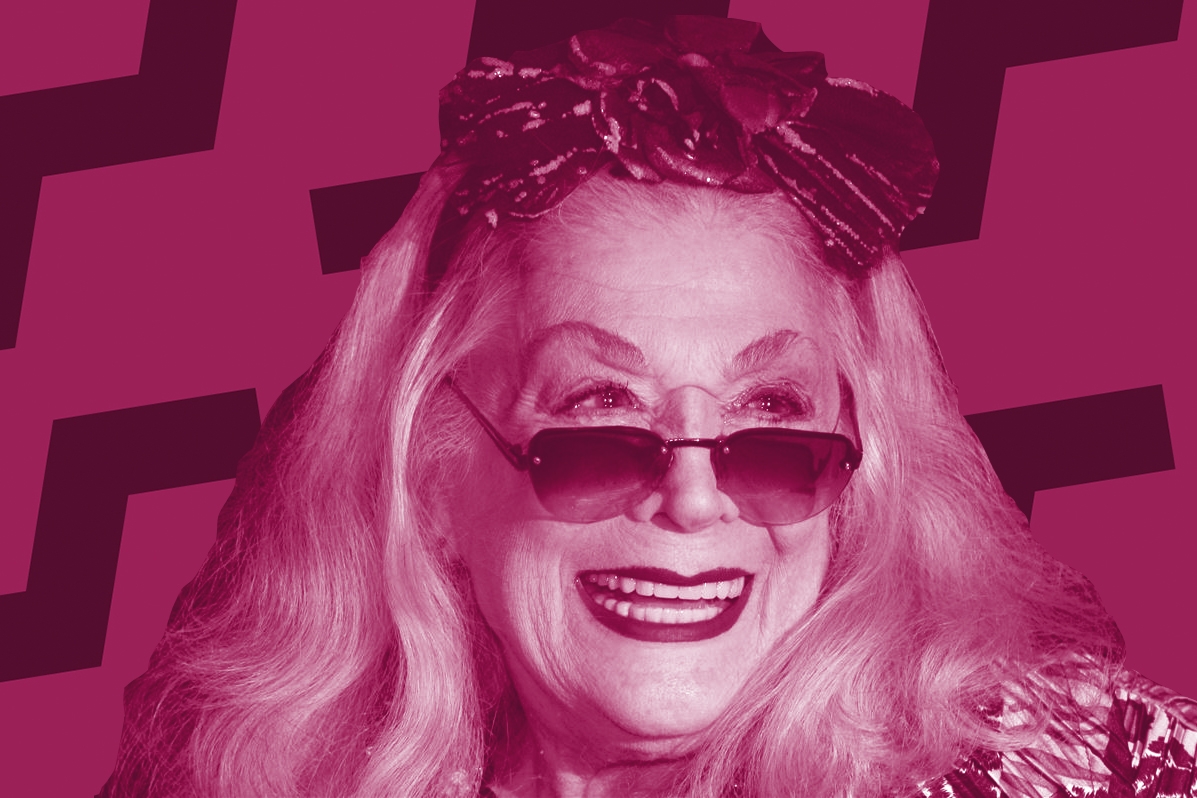 You may not realize that Sylvia Miles — the actress who played the matchmaker in that most Jewish of rom coms, Crossing Delancey — lived her life as an irreverent badass, but that’s exactly what she was.

Miles, who died on June 12 at age 94, was a party lover whose daring animal-print fashion choices could give The Nanny‘s Fran Fine a run for her money. But that’s certainly not all: Miles was an acclaimed, gifted actress who deserves our admiration for her skill, tenacity, and chutzpah!

Miles was born in Greenwich Village in 1926 to Jewish parents. Her father was Reuben Lee, who owned a furniture store in Prince Street in Manhattan. She started her acting career off-Broadway at age 30, in the play A Stone for Danny Fisher, a story about the effects of the Great Depression on a middle-class Jewish family, opposite Jewish stage legend Zero Mostel.

Miles continued to be an off-Broadway pioneer, known for starring in many Tennesse Williams plays, though she was well into her 40s when she started receiving wider critical recognition. She was twice was nominated for an Oscar, for roles in which she appeared less than eight minutes on screen. One of these was for Midnight Cowboy, in which she plays an uptown hooker who outsmarts John Voight’s character, himself an aspiring hustler.

In fact, Miles’ entire career was about small, scene-stealing parts! She played a host of fascinating, quirky roles, from a self-described “mad dead crazed German zombie lesbian ballet dancer” in the horror movie Sentinel to a very Jew-y leopard-print wearing realtor in the movie Wall Street. And yes, like any iconic New York personality, she made an appearance on an episode of Sex and the City, where, according to the New York Times, she played  “a lunch-counter lady who sprinkles drugs on her ice cream.”

Miles was also a serious partygoer, with comedian Wayland Flowers once joking that she would “attend the opening of an envelope.” A 1976 article claims Miles was more photographed than Jackie O on the party circuit, delighting party goers with her wit and charmingly garish outfits.

An actress known for her sexy roles, Miles, who was thrice divorced, was known to play the field, and have younger suitors because, according to her, younger men have “have less problems, less bitterness, and more stamina.” (It was the 1970s, after all.)

But Miles wasn’t “just” a party girl and a gifted actress — she was also a competitive chess player, and she built some of her own furniture. Her one-bedroom Manhattan apartment — which this radio piece calls a shrine to herself — was filled with gifts from friends, like a gigantic alligator handbag from her pal Andy Warhol to a life-size cutout of Rod Stewart draped in accessories.

“People disappoint you,” Miles told once told People. “But theatrical memorabilia stays with you, as long as you keep it under clear plastic.”

Yes, Miles was a character —  a feisty, funny and brilliant Jewish woman. We’re so glad she graced us with her fabulous presence.