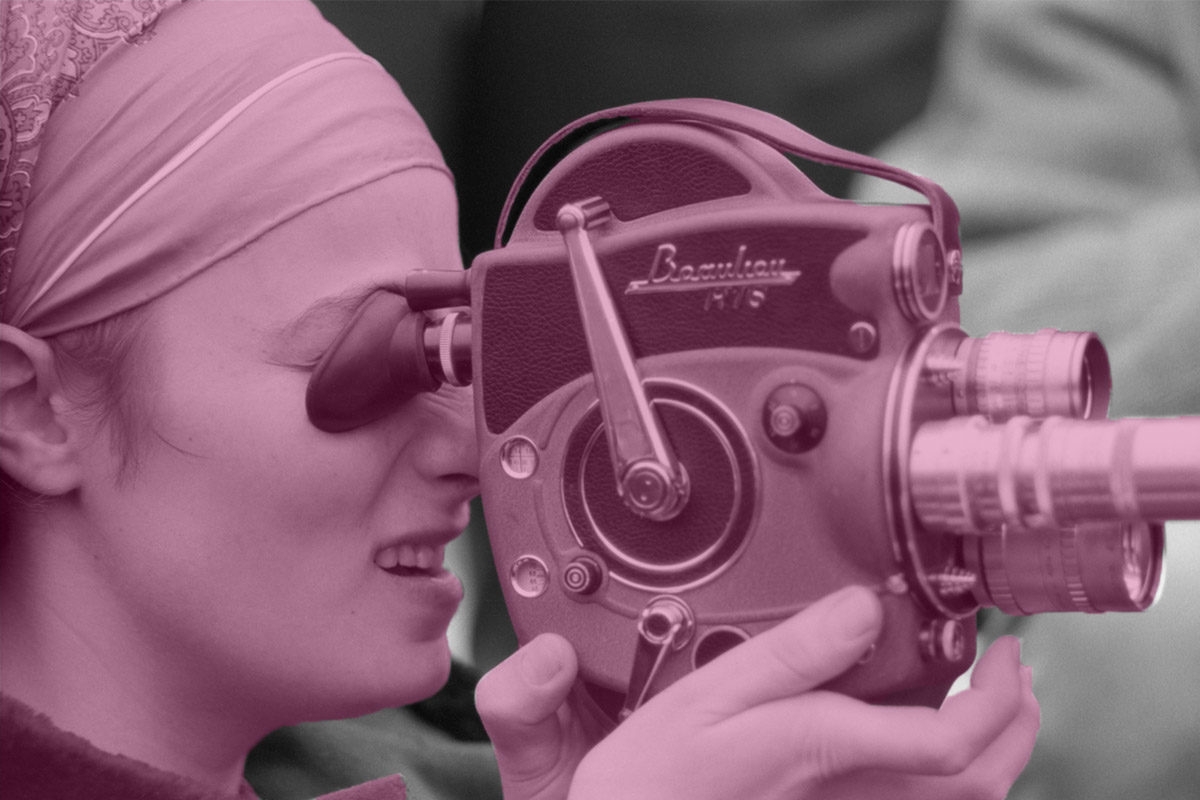 “New York, 1963. Underground film is turning on the world. And the most daring filmmaker of all is… an 18-year-old girl.”

So begins a new a powerful new documentary, Barbara Rubin and the Exploding NY Underground, directed by Chuck Smith.

Rubin is hardly a household name, but, honestly, she should be: This amazing Jewish woman quickly rose to become one of the most important artists of the 1960s — a time in which the burgeoning experimental film scene was almost completely dominated by men. Her experimental film, Christmas on Earth, is still considered a daring triumph today — it uses two projectors simultaneously, with one frame depicting various closeups of vaginas, the other featuring nude actors covered in body paint.

But Rubin’s explosive film was only a fraction of her incredible story. She was both an inspiration and a catalyst for so much of the “underground” scene in New York of the 1960s, helping to make things happen by introducing important artists, writers, and musicians to one another. She was good friends with Allen Ginsberg, dated Bob Dylan (and introduced him to Andy Warhol), and helped launch the Velvet Underground. As one talking head in the movie says, “Barbara Rubin had an incredible ability to stir shit up.”

The documentary provides an overview of Rubin’s brief, blazingly bright life. Rubin was born in 1945 in Queens to “lenient” parents (that’s according to her aunt, Selma Katz, who brings some levity to the doc). During the late 1950s, early 1960s, according to the movie, middle-class nice Jewish girls with a “wild side” would often find themselves institutionalized, and Rubin was no exception. While in treatment, she was turned onto drugs, and when she was released — upon the condition she had a job, which she secured working for filmmaker Jonas Mekas, thanks to a family connection — she found herself at the center of an emerging scene and a new art form.

Rubin was of the belief that filmmaking could change the world, and so much of what she did helped to bring art and artists to the forefront of the conversation — her phonebook was a literal who’s who of famous icons of the 1960s. By the decade’s end, however, Rubin found herself looking for something more, something deeper — and apparently found it in Orthodox Judaism.

Shocking her tight-knit group of artist friends — by the late 1960s, she was living at a failed farm experiment in upstate New York with Ginsberg and a host of pals — she left her world behind and fully immersed herself in a Hasidic Jewish community in Far Rockaway, Queens.

After a brief first marriage in 1971, she married again in 1973, where she moved with her husband to France to join his mystical-leaning Breslov Hasidic community there. In France, Rubin gave birth to four children, and she devoted herself to their care and to finding spirituality in everyday tasks. Tragically, she died in 1980, at age 35, due to a post-natal infection after the delivery of her fifth child.

Yes, these are the nuts and bolts of the story — but the film provides a visual feast of 1960s imagery, including rare footage of Rubin’s films (including a lost film she made about Ginsberg). You may watch Barbara Rubin and the Exploding NY Underground for the glimpses of so many of the era’s icons, but you’ll stay for the examination of the fascinating art and life of a young woman who was light years ahead of her time.

“Barbara Rubin and the Exploding NY Underground” opens Friday, May 24 in New York, with other cities to follow.