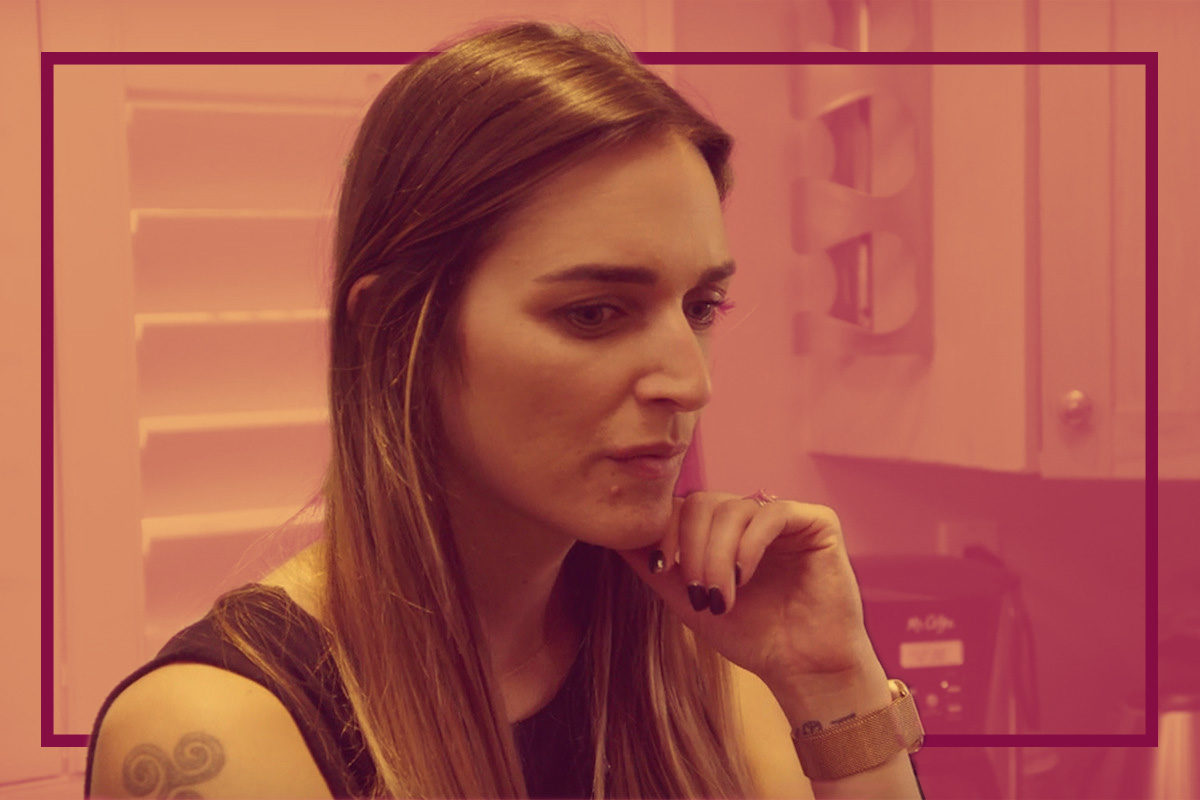 Ever since I had my son this year, messes have been on my mind. I used to really not care about being organized, but I am learning that parenthood changes how you feel about everything — including your home. But despite my pre-birth purging half of my closet, and what I think is probably 200 books, my house still feels like a total mess that I can’t seem to overcome.

This is why I was encouraged when I saw another Jewish mom, Rachel Friend, remove the physical and mental burden of her clutter in Netflix’s new hit show, Tidying Up.

The reality show is based on Marie Kondo’s book The Life-Changing Magic of Tidying Up: The Japanese Art of Decluttering and Organizing. Kondo brings her cleaning and organizing process (which, as Friend tells me, “is not just about tidying your place, it’s a complete shift in mindset”) to one household each episode.

Kondo’s method seems simple, but it’s actually a lot of work. It takes the Friends weeks to completely “KonMari” their house (that’s the verb for using Kondo’s method). It’s all about purging your house of things that you don’t need, and only keeping things that “spark with joy.”

After I watched the first episode, I reorganized my son’s drawers according to the KonMari method. But that was some seriously low-hanging fruit — my baby is growing, after all — so I knew that wasn’t enough.

Fortunately, Friend, a 34-year-old mom of two, agreed to get on the phone with me and tell me what that experience was like — and even provide some advice about taking control of my own home.

Friend is as personable in real life as she is in the show. The Las Vegas native, who lives in California with her husband, Kevin, son Jaxon, 5, and daughter Ryan, 3, teaches interpersonal communications, after all. Friend is Jewish, her husband is not. Both children attend a Jewish school, “but we still spend holidays with [Kevin’s] family so the kids will have a nice little mix,” she tells me.

When I first watched the show, I was struck by how nice and color-coordinated Friend’s home looks: It’s filled with decorative frames, plush and welcoming furniture, and an abundance of accent pillows and throw blankets. But when it comes to clutters, looks can be deceiving.

The mess, she says, affected her relationship with her husband. It wasn’t that Kevin wasn’t involved in cleaning: “In the show it almost portrayed him as not doing stuff, but he’s never been the husband who’s like, ‘Why are things not clean when I get home?’ I would’ve never married someone like that!”

Rather, after having kids, the couple — who met working at a restaurant — started nitpicking each other about the state of the house, a familiar scenario for many overwhelmed parents.

The mess, she says, affected her relationship with her kids. “I realized that once things piling up, when I couldn’t get a handle on it, I started taking it out on the kids more,” she tells me. “I was really feeling tapped out, as most mothers do, but I didn’t realize that a lot of it came from the home.”

After implementing Kondo’s methods, Friend’s relationship with her children also changed for the better, she says. “I’ve definitely been kinder and more loving to the kids which is how I used to be before I started letting things get to me.”

Friend tells me that every time they get new toys, they have to implement the method again. She tells me that aside from a week when her kids were home sick, she’s been able to keep up with the process — a pretty remarkable feat, as its been about six months since the show was filmed.

Friend tells me she ran across Kondo’s method about two years ago, after having anxiety attacks and wanting to change the state of her house and her career. She, like many moms juggling child-rearing and work, wanted to create a home office and work on moving her career forward, but wasn’t quite ready to make the change.

In fact, it was only after the show that Friend purchased Kondo’s book. (“I missed her voice,” she tells me).

As for her interaction with Kondo, Friend tells me what you see on the screen is pretty much all there is to it: “She would come in, and she would go straight from the car and into the house — everything was really raw and open. Literally, the last day we were done [implementing the method] was the last day we saw her.”

She’s hoping that her appearance on the show will inspire others — especially moms or parents of young children — to take control of their homes. “It’s completely possible if that’s something that you want. It’s definitely hard, but it’s definitely possible. It’s just how committed you are to making that change, essentially.”

Friend also shared some advice to me about my book hoarding problem: “Kondo says ‘books should represent where you are now.’ She also says that if you started a book but didn’t finish it, it’s a sign that you’re never going to finish it.”

OK! Guess I am saying farewell to Catch-22 and Ulysses. Inspired by Friend (and Kondo), I  am planning a massive book purge this weekend.

After our episode on Netflix with Marie Kondo many are asking if we’ve kept up the process. The answer is Yes. The foundation has been set for us and the habits have changed. . Is it super easy with kids? Hell no! It’s still hard as most things are with young kids, but it is still possible with the right mindset and approach. The difference now is knowing the process, that everything has a place, and knowing there is calm within reach when we tidy —as opposed to complete chaos before. . What does it look like to fold the KonMari way with toddlers? Here is a time lapse to give you a sneak peak. . Sometimes we are able to fold with the kids, other times we do it when they are asleep or just take turns. We make it work for us. 😊 . Find what works for you and stick to it. You’ll feel the difference. . #mariekondo #konmari #tidyingup #family #tidyingwithkids #laundry #netflix #mindset #perspective #lifechangingmagicoftidyingup #normalizebreastfeeding #motherhood #parenting