How to Make a Tragic Shiva Call 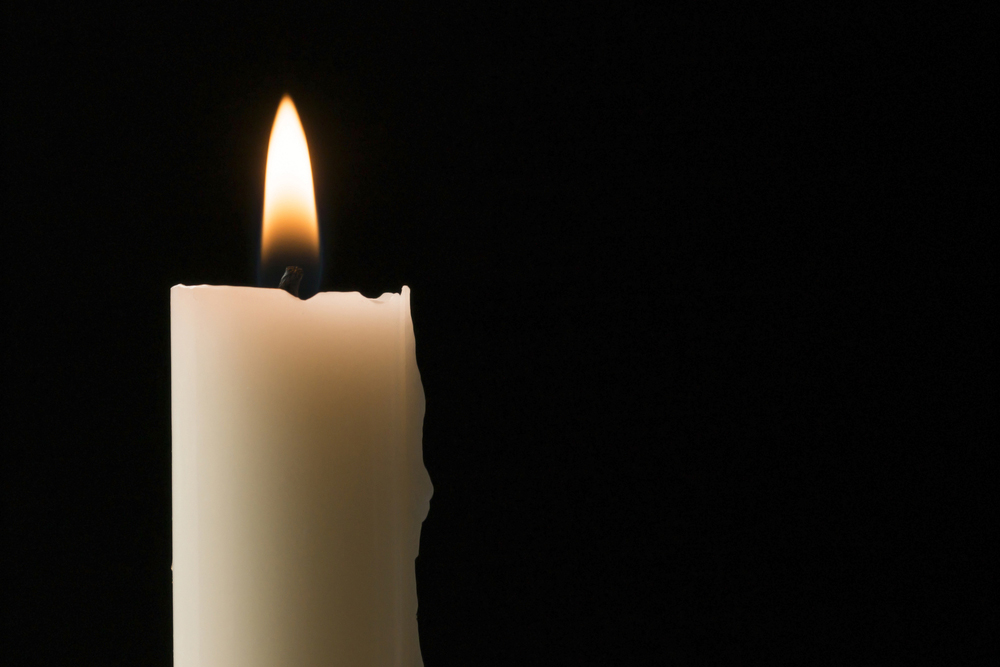 Every shiva is hard, but some are harder than others.

Recently, I went to the second kind of shiva: the shiva for our friend who was tragically, oh-my-God-shockingly, killed in a cycling accident at the age of 36. He was healthy and happy; he had a wife whom he adored and four small children whom he loved. He was an excellent specialist paediatric ophthalmologist who helped children on a daily basis. He had a long, productive, joyous life ahead of him. Except that now, he didn’t.

It was hard to believe that he was gone. Hard to believe that life could be ended so suddenly and so finally. Harder, far harder to attend his funeral, to pay a shiva visit to his widowed wife, his fatherless children, his siblings, his parents left broken with the loss of their beloved first-born.

READ: A Place for Children During Shiva

Because sometimes, people really do say things that make it worse. I have sat silently fuming at a shiva where a woman walked in, interrupted the mourners who were in a fine flow of reminiscence about their mother, and sat down to tell them all about the holiday she had just returned from.

I didn’t want to think of anyone making it worse for our friend’s family. I didn’t want anyone to choose not to visit them during the shiva, either, because he deserves to be mourned en masse. So here is my list of points for How to behave at a shiva:

1. Don’t be scared of silence. If I could write up one golden rule for shiva-visiting, it would be this. Don’t be scared of silence. I don’t have any kind of statistics, but I suspect that 99% of all hurtful comments were made by someone trying to fill a lull. If the mourners are not talking to you, it’s OK to sit quietly until they do. They may be struggling to hold back tears, or remembering a particular memory, or just feeling tired of conversation.

It is the halachah (Jewish law) that when you pay a shiva visit, you may not open the conversation. The mourner has to talk to you first.

2. Don’t try to cheer anyone up. This battles number 1 for my golden rule spot. Too many people think that when visiting someone who is sitting shiva, their job is to cheer them up. Which leads them to tell inappropriate stories about something funny their child said yesterday. So let me tell you: That is not your job. Your job is to be with them in their grief. The man or woman who passed away is special enough that he/she deserves to have people cry for them.

Allow the mourners to cry; allow them to be sad; allow them to mourn. Don’t try to distract them from their grief or cheer them up out of their pain. If you really feel the need to do something, you can silently hand them the tissues while patting their shoulder, or nod sympathetically and murmur how special so-and-so was. But don’t try to cheer them up.

READ: 17 Things to Say to Someone Who’s Lost a Child

3. Sit down. This might sound trivial, but it is physically uncomfortable and emotionally overwhelming for the mourner, sitting in a low chair, to have a conversation with someone who is towering over them. Pull over a chair, or bend down, or kneel on the floor while you talk.

4. Don’t call. The ideal shiva visit is in person, since the mourners are comforted by the physical presence of those who have come in person to share their pain. Phone calls are an intrusion which prevent the mourner from spending time with visitors. Since there is usually not much that can be said, phone calls are not an effective way to communicate comfort and togetherness. Over the phone, you are forced to say something instead of being silent, which increases your risk of saying the wrong thing. It is far, far, far better to write an email or (even better) a snail mail letter that relates your special memories of the deceased and expresses your sympathy, or else to make a phone call after the shiva ends, when the mourners are left alone and would appreciate hearing from you.

However, if it is physically impossible for you to visit the shiva house in person, it can sometimes be appropriate to call. In that case, keep the call short, and do bear in mind time zone differences and visiting hours. Try to call during the quieter times of day.

5. Timing really is everything. It shouldn’t need to be said, but it does. Respect the visiting times that are posted for the shiva. Do not come early (or late) because it was convenient for you. Paying a shiva visit isn’t about your convenience.

Do not stay past the visiting times; you will be delaying the mourners from eating their meal, or preventing them from snatching five minutes with their children before they go to bed, or just intruding on time that they desperately need to recoup their energy after an exhausting few hours. My friend told me about a relative of his who was sitting shiva. Visitors came and stayed so long that her mother went upstairs, changed into her nightgown and dressing gown, and came back down again to tell them that they had to leave as it was time for her to go to bed.

READ: Allowing Myself to Sit After My Father’s Death

If you want to have a longer chat, try to time your visits for quieter times. Davening (praying) times are always busy, and carry on being so for a good hour afterwards, but late-morning and mid-afternoon are usually quieter times when the mourners might be alone for long stretches of time.

And especially if you know that it is a busy shiva, do not turn up 10 minutes before the end of the visiting time. The mourner might be finally getting to the end of a long line of people who were there for ages waiting to talk with them, or they might be longing to have a cup of tea in peace. Or they might really want to talk to you, but will be just too tired by then.

6. If you aren’t sure whether or not to visit the shiva, visit the shiva. Because if you don’t, then the next time you see the mourner you will be consumed with shame and embarrassment, and at a high risk of either avoiding them or putting your foot in it as you gush out your apologies. You can go for 10 minutes, sit quietly at the back, and then leave. What matters is that you’ve been there.

7. Remember that it is not about you. I am guilty of this one myself. It is easy to think that if you didn’t manage to talk with the mourners, then your shiva visit has been a failure. This is not true. Mourners aren’t always able to talk with everyone who comes, but I have heard over and over again that they appreciate every single person who visits them. Every visitor to the shiva represents someone who loved the deceased—or the mourner—enough to overcome all the fears, make the trip, find a parking space, and come in. And that is a true comfort.

8. Do ask the mourner if you can get them anything. Be concrete: Ask, “Would you like a glass of water? Can I get you a cup of tea?” And if the mourner admits that actually, he/she didn’t have time to eat breakfast yet, offer to get them some breakfast, and then (this is the hard part) offer to leave so that they can eat in peace. Chances are good that you’ll be asked to stay, but not everyone is comfortable eating in front of others, and the mourners might need to eat more than they need to talk to you. Remind yourself about number 7, and graciously leave.

9. Do ask about the deceased: Especially if you are paying a shiva visit to a friend, but you didn’t personally know the relative who passed away. A shiva is, after all, a time for remembering the dead and talking about them. Not your holiday, or the latest news.

You can say, “I’m sorry that I never got to know your mother/father/brother/sister. Could you tell me a bit about them?” Or, “Your mother/father/sibling sounds like a very special person. Tell me, what is your favorite memory?” If there are photos of the deceased, then point to one and ask when it was taken. It gives the mourner an opportunity to talk about their loved one.

10. But don’t ask for details about what happened. They might not want to have to relive the events leading up to the death. Or they might be tired of repeating themselves. Unless the mourner leads the conversation this way, don’t ask how he/she died. And if the man or woman who passed away died of illness, never, ever question any medical decisions. Don’t ask why they didn’t get a second opinion, or whether they thought of trying some other approach. Just don’t.

11. Introduce yourself. Granted, as per point number 1, you have to wait for the mourner to talk to you first. But once they do, if there is any possibility that they don’t remember who you are, remind them of your name and connection to the deceased. Especially if it’s your friend who died and you are having to pay ashiva visit to their siblings and parents. Even if they met you once or twice before, in the shock of loss they might not remember you.

And try to introduce yourself to the other mourners before you leave. Look for an opportunity to say your name and how you knew the deceased. It is comforting to hear from someone who knew the deceased in a different context and had a different relationship with him/her.

READ: My Father Died Two Hours After My Son Was Born

When you leave, repeat this phrase to the mourners. It might feel weird to you, but ritual is comforting to those in mourning:

Or the sephardi alternative, which I’ve only just learned:

May you be comforted from heaven

If this article helps anyone to pay a painful shivah visit and comfort the mourners, may that be for the merit of Henri Sueke z”l, Moshe ben Yaakov, who died far too young and whose shiva is far too painful. May we all be comforted for this loss, and spared any future pain.