I Did This While Pregnant to Ward Off Bad Luck 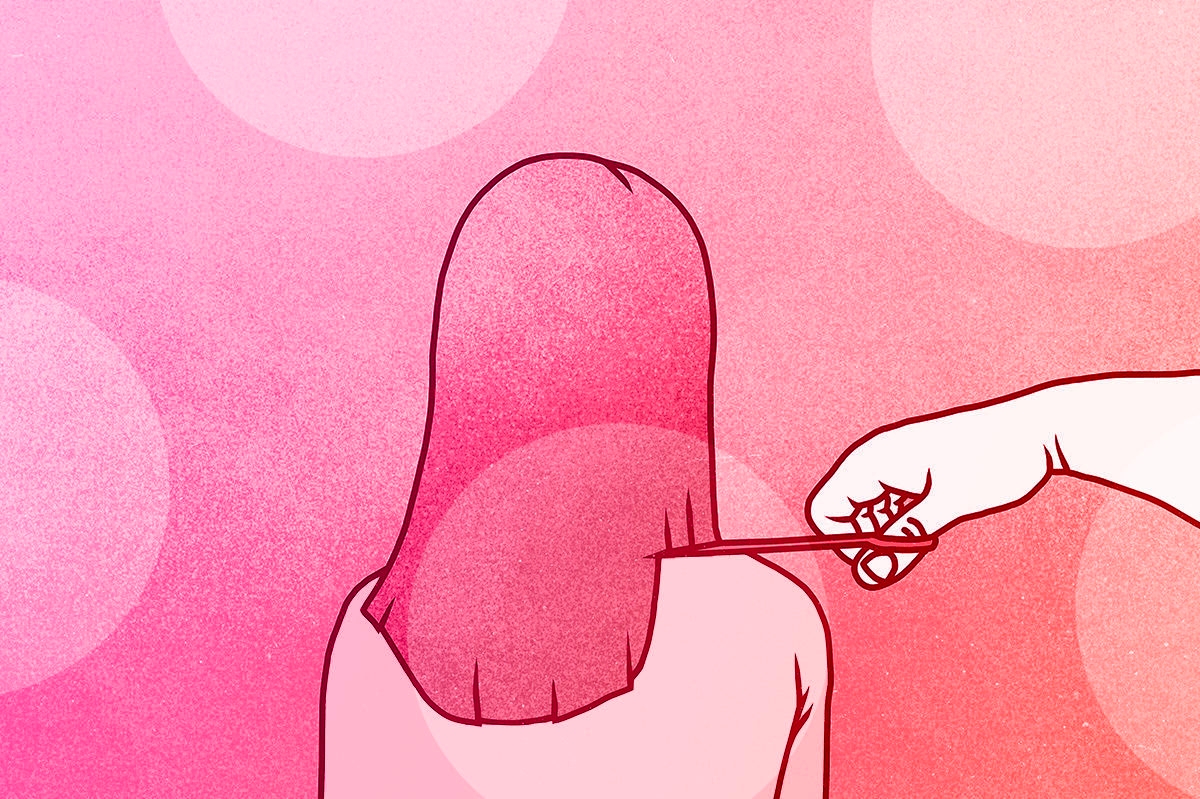 I did not fall under the category of “tranquil easygoing pregnant woman with wind-blown hair” depicted in advertisements. I ballooned pretty quickly throughout my pregnancy and had all sorts of challenges. In fact, both of my pregnancies were difficult. Yes, I was eternally grateful to be pregnant, but I was counting down the seconds until the worries of pregnancy ended successfully.

The secret that I have learned through much of life is that even when shit hits the fan, so to speak, focusing on my blessings (and this doesn’t always come easily!) can sometimes help to remind me to snap out of a pity party. Even better, focusing on mitzvot (in particular, working to help someone else) reminds me to snap out of my funk. So even when I was pregnant and on bed rest for 10 weeks, for instance, focusing on goals that helped others helped to distract me from my ever present fears.

With my first pregnancy, which was was a surprise, I didn’t pre-plan any of this. I had just happened not to have had a haircut recently. I was also in graduate school, so I didn’t have much time for anything. But when I found out I was pregnant—after the initial shock and then exhilaration—I decided not to cut my hair throughout my pregnancy, and wait until after I gave birth to cut it.

I figured that it would be nice to take advantage of those crazily active hormones pumping through my body–the same ones causing my laugh cries, swelling, and other fun–and grow my hair extra fast, so I could donate it. I wanted to be efficient, and also put my pregnancy challenges (which were scary). I focused on letting my baby come into the world already having contributed to a good deed, with the hope that this would be a lifelong value.

And honestly, this knowledge felt like insurance and protection for my baby. It felt a little like the custom of giving a traveler (to Israel) a dollar to donate in Israel, because in some way, being in transit to fulfill a donation perhaps offers some protection in this crazy and unpredictable world.

A darker interpretation was that I felt that my pregnancy–and this baby–was giving something to the world, no matter the outcome.

As it turned out, increasingly long hair (growing at a remarkably fast rate thanks to those pregnancy hormones) can be hard to take care of, especially while pregnant. My energy was so low on some days that it was exhausting to wash. It was sometimes annoying and I wondered if I was just being silly–maybe a trim wouldn’t make a huge difference towards my goal? Yet playing further into my superstition, with all of the health obstacles my baby and I faced, part of me worried that cutting my hair would detract from my strength.

In the end, I never cut it. I measured my hair constantly. Finally, towards the very end of my pregnancy, and when I was cleared off of bed rest because it was finally time to have my baby, one of the first things I did was go get a haircut. I was able to donate a long strip of hair to Locks of Love (for kids with any medical hair loss), and bonus: it was lovely to feel lighter and have some shape.

I sent my lengthy donated ponytail away in an envelope and felt a surge of happiness in my still enormously pregnant body. It was a rewarding milestone that came towards the end of pregnancy, one that blessedly came sooner than my due date and delivery date. In the midst of those sleep-deprived first weeks with my baby, I received a thank you card for my donation, and smiled to myself.

My first baby, was born with shockingly long hair, beautiful brown hair with frosted tips, which the hospital nurses in the nursery (before it was taboo to send your baby to the nursery overnight) would pet all night long. Our family joked that he was like the biblical Samson, shimshon hagibor. Unlike Samson, he remained strong and beautiful despite our cutting his hair at 6 months (at my mom’s insistence).  We had no idea how big he was, (wish I had known that during my 19 hour intensive labor!), but my body knew. As soon as he was born, despite an emergency C-section after an excruciating back-labor, my milk came quickly. I had to pump in the hospital right away due to some technical breastfeeding issues on one side, and continued accumulating my milk stock at home, even though I would be home for a few months before needing my pumped stash. And so that’s how I decided to do another mitzvah, and donate my milk.

Even before the days of Facebook mom groups making connections, I was able to find a local mom, a cancer survivor, who had had a double mastectomy and wanted milk for her son. It was indescribably amazing to continue to provide her multiple supplies of my milk and know that my body— fueled and replenished by the need for my son—was simultaneously immunizing and nourishing not one, but two beautiful boys.

Through my pregnancy with my second child, I repeated my hair-growing. My second baby, a rainbow baby, was born and whisked away to the NICU just a few short hours after birth, after I had watched her turn blue. It was a terrifying and drawn-out time full of hourly frights and changing diagnoses. She was quickly put on too many machines, including a feeding tube—and I couldn’t breastfeed my precious child. I pumped like a fiend—not without plenty of obstacles, tears, and work with lactation consultants. I even found a nurse to help me improve my pumping on Easter itself.

This just speaks to the unbelievable mensches that work around the clock in the hospital system—and the fact that small acts of grace and charity are everywhere around us. One year later, today, the health problems have disappeared, and I am beyond thankful. When I came home from that frantic and horrible hospital experience, I still had to grow my hair out a little longer still in order to meet the minimum. This time, I donated to Pantene Beautiful Lengths (for adult cancer patients).

I was ecstatic when the day finally came for my long-awaited haircut. And as a result of my feverish round-the-clock hospital pumping, despite my c-section, I again had an enormous supply of breast milk. This time, I was able to use modern Facebook mom groups and because there was so much need from so many moms, I was able to choose a mom who wanted my breast milk, and who wasn’t able to produce enough milk for her son. The stories of moms looking for extra milk is astonishing, and those preemies who were neighbors of my giant of a daughter in the NICU will always hold a special place in my heart.

Maneuvering my still swollen body, and unwrapping my long hair from my baby’s fingers was definitely annoying at time but mitzvot are not meant to be easy. Since my pregnancy and post-natal experiences, several people–friends, those healthcare workers who saw me frequently–have let me know that they too have started to grow their hair while pregnant with the intent of donating. They too are hoping to bring their baby into the world along with some extra kindness alongside baby .

Rambam wrote about ladders of giving, and by donating milk to recipients I personally selected and certainly by talking about it here, I am not achieving the highest level of fully anonymous tzedakah. However, I hope this serves as a reminder to myself, and a discussion point for others, about how rewarding it is to turn a negative experience (for me, pregnancy was really tough!!) into a positive one.

Maybe values are transmitted via umbilical cord, and maybe through and maybe simply by observation or inspiration, but in any case, I hope my babies felt the splash as they came into the world already making a difference.