I Tried to Raise a Jew & He Turned Out a Communist 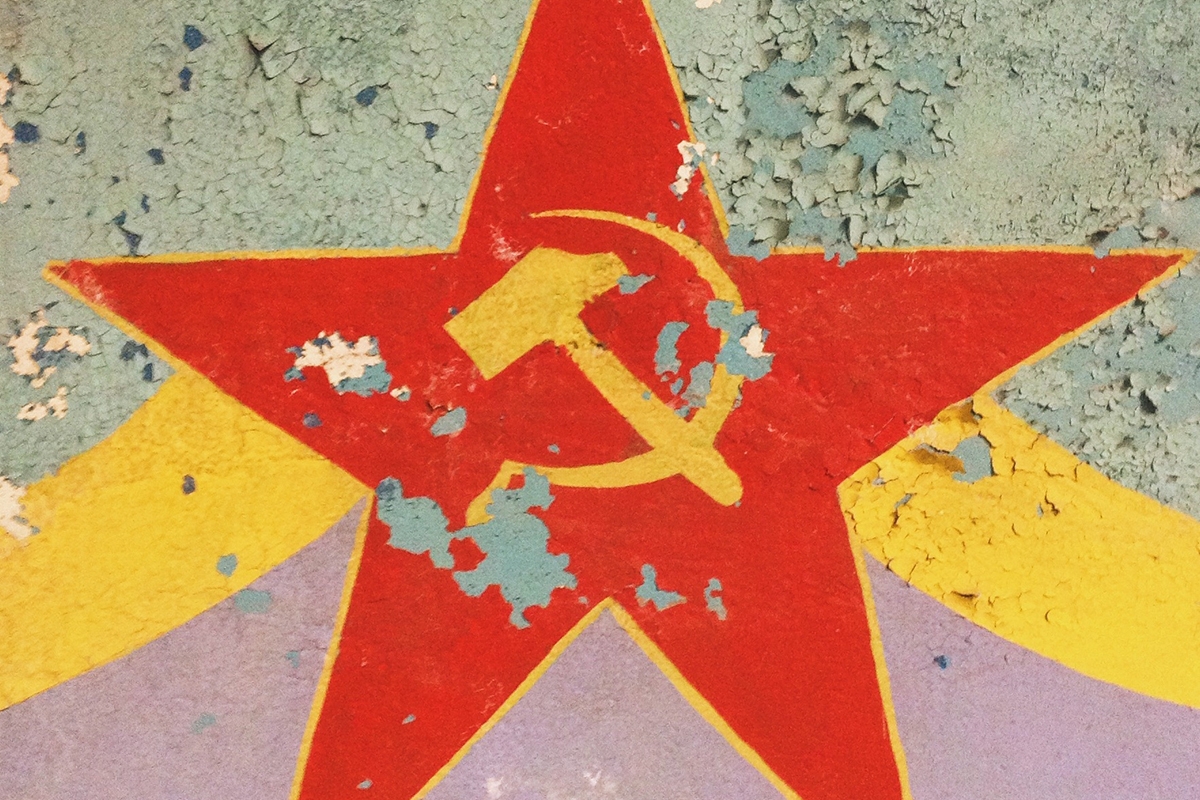 This post is part of our month-long series featuring different ways that parents have talked to their kids about God.

I was raised in an Orthodox Jewish home, but I studied physics in college and stopped believing in God. The universe seemed wondrous enough without inventing miracles.

I married a biologist who believed in Darwin. He didn’t object to raising our children Jewish, as long as I didn’t expect them to take the bible literally. When our son, Noah, was born, I decided that the wisest approach to his education–both secular and religious–was to teach him to rely on empathy, logic, common sense, and love. Above all, I vowed never to lie to him, or expect him to put his faith in anything I didn’t trust myself.

At first, this approach seemed to bestow some very real advantages on our son. A rational little boy, he knew monsters weren’t real and so didn’t fear them. Once, when a giant yellow creature came toward him in a video store, Noah collapsed to the ground and started screaming. The man inside the Big Bird suit removed his head; when I finally was able to persuade Noah to look up, he saw that the apparition was now explicable, at which he brushed himself off and asked why any grownup would want to go around scaring kids like him.

Another time, Noah summoned me in the middle of the night to ask if he needed to worry that an alien would get in his room. I could have lied and told him no. Instead, I said that I was pretty sure there were creatures on other planets. But the chances that such a being would visit earth were very small. If aliens did manage to travel such great distances, they would need to have developed a very advanced civilization, which meant they were likely to be peaceful. Besides, I said, wouldn’t it be exciting to make contact with a creature from another planet? It sure would be, Noah said, and he tried to stay up to meet one.

The only time I lied was when he started losing his teeth. I’m not sure why this one aspect of childrearing caused me to indulge in make-believe, but my father had been a dentist, and anything to do with teeth seemed laden with tradition. Like my parents before me, I told Noah that if he put a tooth under his pillow, the Tooth Fairy would visit him in the night. Sure enough, the next morning, he found a Susan B. Anthony dollar in place of the tooth. “See?” I said. “The Tooth Fairy left you a coin. It even has her picture on it.” I didn’t think he would believe me, but he did. “How could I not believe you?” he told me later. “You said the Tooth Fairy would leave me money, and she did. If God had left money under my pillow, I would have believed in Him, too.”

I might have stretched the truth when it came to the Tooth Fairy, but I wasn’t about to lie to my son about anything as important as God. When Noah asked me if God was real, I told him that I believed God was whatever positive force had caused the universe to exist. God was the reason there was something rather than nothing, the reason human beings loved each other and worked toward making the world a better place for everyone rather than a paradise for just a few and a miserable, unfair swamp for so many others.

For a while, this seemed to satisfy him. But one night, Noah woke up sobbing. “Mom!” he said. “God doesn’t care about anything we do! The universe doesn’t care who we love, or who loves us!”

I wanted to lie and say that the universe does care. I wanted to say that even though we die, our spirits continue living. “Sweetheart,” I said, “everyone has nights like this. Usually, they’re much older than you. But when it happens, they ask someone they love to hold them.” I took him in my arms. “The universe might not care, but I do. Your father cares. Your grandparents care.” I remembered the Beanie Baby I had bought earlier in the week. “And you know what? I have a Beanie Baby I’ve been meaning to give you. It’s not much. But it’s better than nothing.” Noah stopped shaking. He dried his eyes. “All right,” he said. “I’ll take it.” And he cuddled the penguin to his chest and went back to sleep.

Of course, a Beanie Baby can stave off existential despair only for so long. One day, I was driving Noah to school when he announced glumly that he had decided it didn’t matter what he did with his life. Luckily, I had felt this way often enough that I was prepared to tell my son what I usually told myself. “Just because there’s no God to tell you what to do with your life doesn’t mean you should throw it away. If you found a million dollars, but it didn’t come with instructions for how to spend it, would you toss it in the trash?” No, he said, he wouldn’t. “Of course you wouldn’t,” I said. “You would think a long time and figure out the best way to spend it. You would keep some of the money so you would have enough food to eat, and a nice place to live, and enough money to go to college. You would buy some fun stuff for yourself. Maybe you would take a trip. And you would probably give the rest to poor people, so they wouldn’t have such hard lives.” Noah’s eyes lit up. “You’re right!” he said. He would definitely use some of it for himself, but he would give most of it to other people. “Well,” I said, “think of your life as a million dollars you just happened to get for no good reason. Just because there’s no God to tell you how to spend it, doesn’t mean you can’t figure it out for yourself.”

That conversation kept my son satisfied for another few years, until he started preparing for his bar mitzvah. The rabbi at our ultra-reform temple in Ann Arbor is a feisty, iconoclastic intellectual, and he wasn’t offended by Noah’s skeptical questions. Between us, we managed to keep him on track. But a few weeks before the big event, Noah told me that he felt like a hypocrite going through with the ceremony. He had started reading Karl Marx and considered himself a Communist. He didn’t believe in God. He didn’t believe in organized religion. The best I could do was extract his promise that he would go through with his bar mitzvah, in return for which I would never require him to attend religious services of any kind again.

I shouldn’t have been surprised. If you raise your kid to believe that it’s up to him to decide the right way to spend his life, you can’t express shock when he announces that he’s become a Communist. I guess the bigger surprise was how disappointed I was that he didn’t consider himself to be a Jew.

Then I got an idea. My mother’s father had been an ardent socialist, and I showed Noah the card that documented his great-grandfather’s membership in whatever branch of the party he had belonged to. It was no coincidence, I said, that so many Communists and socialists were Jews. You know how you want to bring about a better, more perfect world? I said. That’s pretty much the same as the Jewish principle of
tikkun olam
.