In Dollywood During Christmastime, My Family Found Our Jewish Pride – Kveller
Skip to Content Skip to Footer

In Dollywood During Christmastime, My Family Found Our Jewish Pride 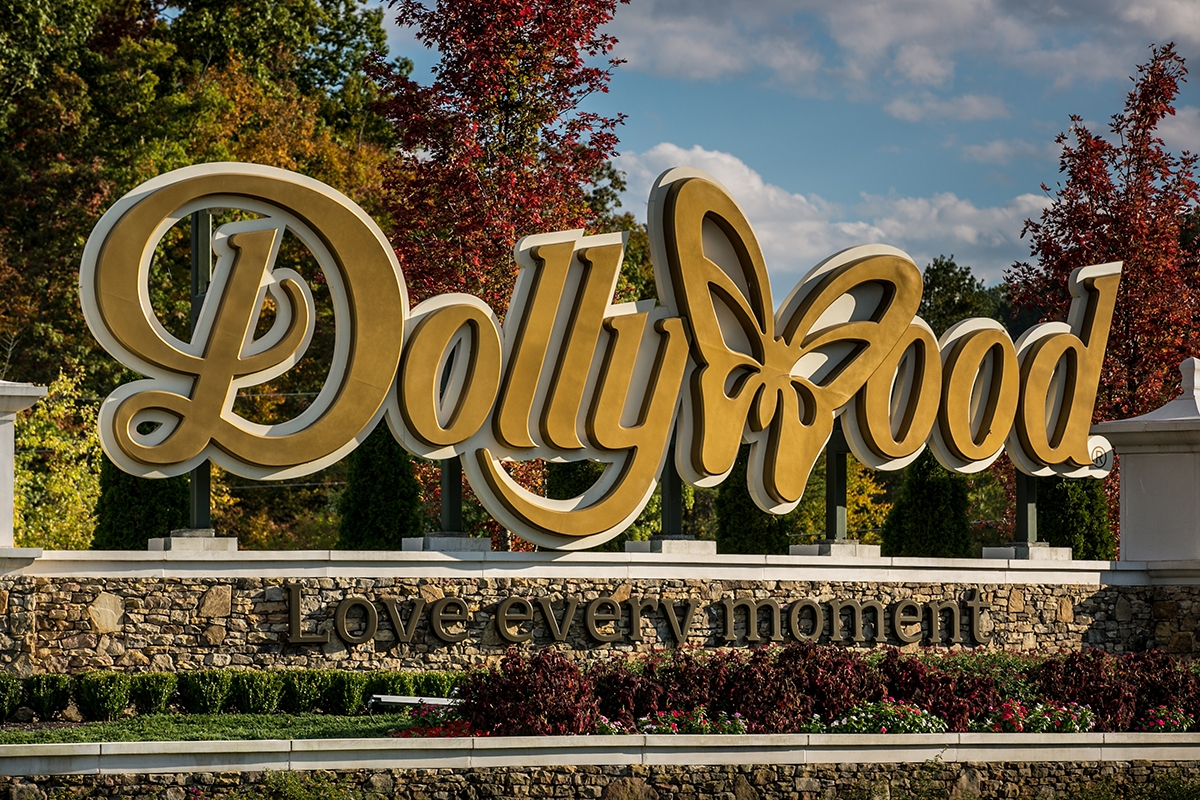 No matter where we went, we couldn’t escape it. It was almost as if the Christmas spirit was following us.

Lights shone oppressively bright and blinding red and green while a gigantic Christmas tree loomed above us, projecting light and sound shows about a reindeer that I do believe was looking for lost gifts, and which ended with a loud booming voice wishing the crowd a “merry Christmas.” In one square a bluegrass band was performing yuletide classics; in another, carolers sang in front of a replica church with the fierceness of a Broadway ensemble cast. Booths were brimming with Christmas paraphernalia — hats, socks, ornaments — and everywhere, everywhere, was playing seasonal classics on repeat.

We were a family of New York Jews in Dollywood.

It seemed we were in enemy territory, surrounded and outnumbered at Dolly Parton’s theme park in the heart of Appalachia, during the peak of the Christmas season, and yet strangely enough — against all odds — we were loving every minute of it.

You may be wondering how we ended up in this predicament. Well, I first heard about Dollywood on a podcast (I feel like this would be a way of telling you I’m Jewish without telling you I’m Jewish), and it captured my imagination, as Dolly Parton is often wont to do. As my family of four planned our first road trip across the nation, from Brooklyn to Nashville, where my husband’s uncle lives, I couldn’t help but think that we had to, absolutely had to, stop and make a pilgrimage to the land of Dolly and pay our tributes.

Parton, of course, transcends religion and politics (even though she is definitely always pro-vaccine and LGBTQ-friendly — in fact, Dollywood is a queer site of pilgrimage). But the state of Tennessee, on the other hand, does not, and neither does most of the South. As we drove our way through the heartland, we passed giant crosses, a Trump store (selling what, I couldn’t tell you) and many a Jesus-y billboard.

We showed up at the park an hour before opening, and parked our car in parking lot B (for butterfly, of course.). As we walked in, it was clear we weren’t in Brooklyn anymore, with maskless crowds speaking in lilting accents (which were, honestly, gorgeous, I love me a Southern accent). And then there was Christmas, which, as I previously established, was absolutely everywhere. In New York, I’ve always found places to escape it. But here, it was impossible; not even the public restroom offered a reprieve (also my son was scared of the automatically flushing toilets, so I couldn’t really hang out there very long).

In the decade since I came to America from Israel, I’ve struggled with Christmas. A lot. I grew up in a Jewish state, where Christmas fanfare was very different and very limited. My first Christmas here I felt assaulted with the season. It was all so much. I love my Jewish holidays, but I had never seen anything quite like Christmas in America: the grandiosity, the auditory and visual overwhelm of green and red and songs and merch and shopping and everything. Simply put, I became the Grinch. And I was proud of it. In fact, I’ve written about it more than once.

Of course, my aversion to Christmas was about more than an irritation. Though I was irritated at the commercialization and the reminder of Christian hegemony, as someone who is trying to raise Jewish kids, I have to admit that, more than anything, I was scared. I was scared that nothing I could offer them could compare to this.

But something strange happened when we were in Dollywood, with my own Jewish family, the one I started with my Jewish husband who, ironically, I met on friggin’ Christmas Eve. Upon entering the park, my older son immediately started singing Hanukkah songs. As the sun was setting, a group of carolers with microphones were chanting Christmas hymns outside the replica of a small-town church to an adoring crowd, and we stopped by them. “Do you want to watch it?” I crouched in front of my son. He stared for a minute or two, then gave a deep, heartfelt sigh and beckoned me to walk away.

It turns out, he wasn’t feeling the Christmas spirit. He was enjoying Dollywood — the rides, the oversized Nathan’s hot dog (his favorite food, which followed us from Brooklyn, it seems), the old-time train that billowed black smoke and whistled loudly, his first experience of listening to bluegrass music performed live, the warm cinnamon bread we waited an unreasonable amount of time for (it was delicious! Like a more yeasty babka!), the toys in the gift store, the ridiculously large statue of an eagle (AMERICA!) we stopped to take our photos in front of. But while he made observations about Christmas, he still kept coming back to those Hanukkah songs.

But something even stranger happened to me. I found myself singing along to the Christmas songs playing in the background (mostly written by Jews, to be fair). I watched the Christmas tree show while giggling (it was a bit much), and I felt zero irritation or worry about it all. It was fine. Everything was fine. I was raising Jewish kids — and part of raising Jewish kids means raising them to be confident in spaces where they don’t see themselves represented. To not lose the joy or pride of being Jewish even when that identity is not affirmed in the space around them. And to do that, I had to find a way to be comfortable in those spaces, too.

Christmas doesn’t quite belong in my Jewish home — but it doesn’t mean that it doesn’t belong in my life. In many ways, I still feel like the Grinch. I don’t like Christmas, but I’m living with it, and yes, I guess, if you have to twist my arm, I do like certain things about it. Like being a guest at my friend’s Christmas festivities — in fact, I’m grateful and humbled by their invitations; I invite them to my Jewish holiday tables, after all. I will admit that I genuinely enjoy Kacey Musgraves and Aimee Mann holiday albums.

And yes, I thoroughly enjoyed Dollywood at Christmas, especially when we can walk around there, innocently humming Hanukkah songs under our breaths.