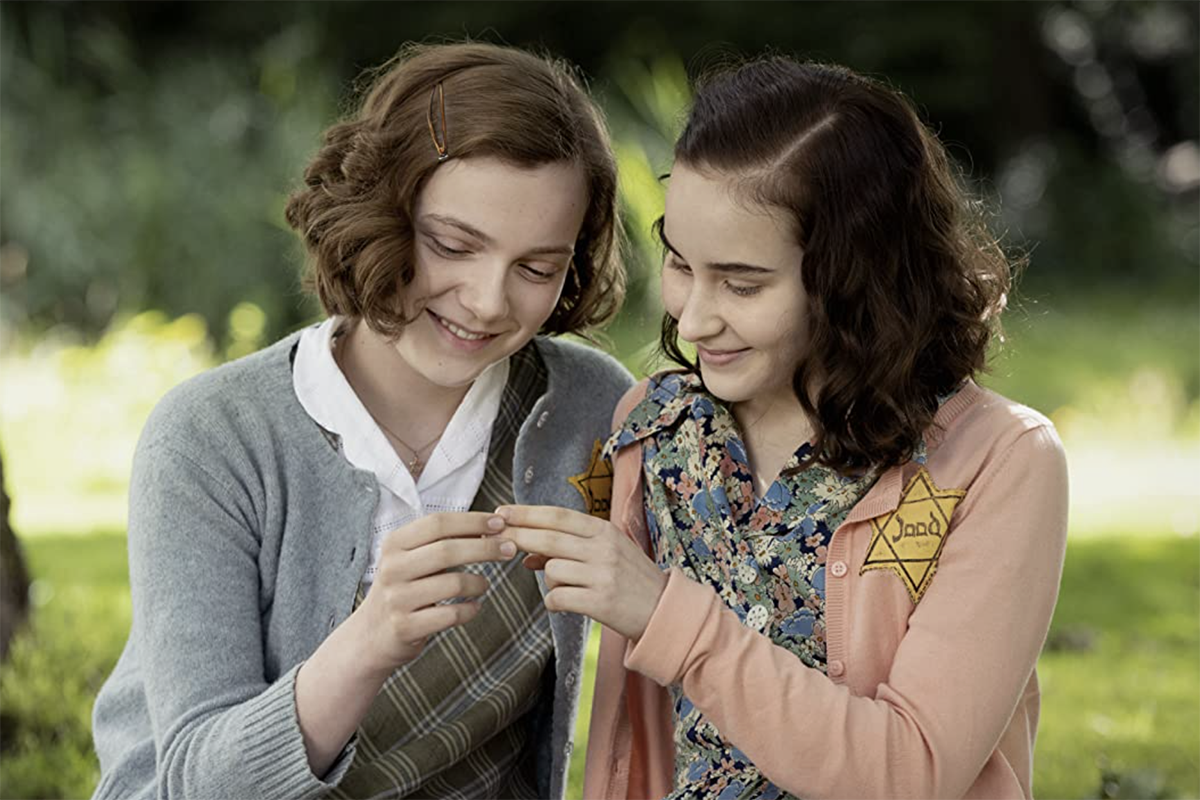 In the opening of “My Best Friend Anne Frank,” Anne Frank and her childhood best friend, Hannah “Hanneli” Pick-Goslar, are playing hide and seek in Otto Frank’s office when they climb into a hidden wing of the building. This wound up being the secret annex — the area where Anne, her sister Margot and her parents, Otto and Edith, hid from the Nazis between July 1942 and August of 1944, when the family was discovered and deported to Auschwitz.

Yet “My Best Friend Anne Frank,” which premiered on Netflix this February 1, doesn’t touch on the time that Anne spent in that secret annex, hiding from the Nazis and writing “The Diary of a Young Girl,” the most famous and widely read of Holocaust memoirs. Instead, it focuses on how pivotal, almost mythical, Anne Frank was in Hanneli’s life — and, posthumously, in so many of ours.

The Dutch movie, which premiered in the Netherlands last year, is the first cinematic and fictional movie about the Holocaust victim to be made in her home country — not counting the animated Ari Folman “Where is Anne Frank,” a Dutch co-production that premiered in Cannes last year but is still not widely available to international audiences.

The movie was directed by Dutch filmmaker Ben Sombogaart who directed 2002’s “Twin Sisters,” which was nominated for an Academy Award for best foreign film. It’s based on the book “Memories of Anne Frank: Reflections of a Childhood Friend” by Alison Leslie Gold.

The choice to focus on Hannah and her life allowed the filmmaker to bring a fresher perspective than many movies and books that recount Anne’s story; Josephine Arendsen, who plays Hannah, makes for a compelling heroine, the yin to Anne’s yang.

The chemistry between Arendsen and Aiko Beemsterboer who plays Anne is magical. As a doting caretaker for her younger sister Gabi, Hannah’s practical and serious nature is tempered by her imaginative, mischievous best friend who would rather think about boys than about the world falling apart around them. Beemsterboer is a charming, nymph-like Frank, with a haughty smile and a sparkle in her eyes. You really feel how she captivates her friend. Though they have Jewish stars sewn onto their colorful clothes, they explore the city together and play together, confiding in each other and teasing each other despite the constant threat and violence of Nazi rule.

The movie is, indeed, masterfully crafted. Scenes from Anne and Hannah’s time together in Amsterdam, where their German families came to seek refuge from German Nazi rule, are painted in vivid color, in firm contrast with the dark tones of Hannah’s time in Bergen-Belsen, where she has one final encounter with her larger-than-life friend.

Hannah arrived in Bergen-Belsen in February 1944 and was imprisoned in a different part of the camp from Anne, who came to the German concentration camp from Auschwitz in November of 1944, and the two reunited briefly in early 1945.  “I heard by chance that she was there behind the fence,” she told JTA in 2004. In reality, Hannah never saw Anne; in the movie, she does see her, head shaved, through the barrier that separates the two parts of camp. Just like in real life, Hannah delivers Anne a care package with some food.

Judaism is an important thread in the movie — Hannah’s family is deeply observant, more than Frank’s more modern family. Her father sings Adon Olam when her mother is going through pregnancy woes; her mother prays when their street gets bombed; Hannah kisses a mezuzah and wears a golden Magen David. Jewish ritual plays a comforting, poignant role in the movie. After Hannah and Gabi’s father dies at Bergen-Belsen, the women imprisoned with them help them sit shiva. Before Hannah goes to find Anne and bring her food, a Hungarian inmate prays for her success and safe return.

Hannah’s dreams of becoming a nurse are also at the center of the movie, with a book about Florence Nightingale that Anne owns becoming a constant motive; Anne, meanwhile, speaks of being an actress and writer and dreams of seeing the world.

Unlike Frank, who died in Bergen-Belsen shortly before the camp was liberated in April of 1945, Pick-Goslar survived the war and still lives in Jerusalem with her family — where she did in fact become a nurse. Along with Gabi, she has 38 grandchildren and 27 great-grandchildren, their revenge on Hitler. But Pick-Goslar continues to be a part of memorializing her friend, participating in interviews and movies about her and, now, becoming the focus of this new film.

“My Best Friend Anne Frank” is an imperfect movie, but it is a beautifully woven and deeply heartfelt tale of friendship — and, for adults and teens, an interesting interpretation of a dramatized Holocaust memoir that may not reach the depth of its horrors, but is still very much worth watching.