Is ‘Skin,’ the Oscar-Winning Movie by an Israeli Director, Problematic? 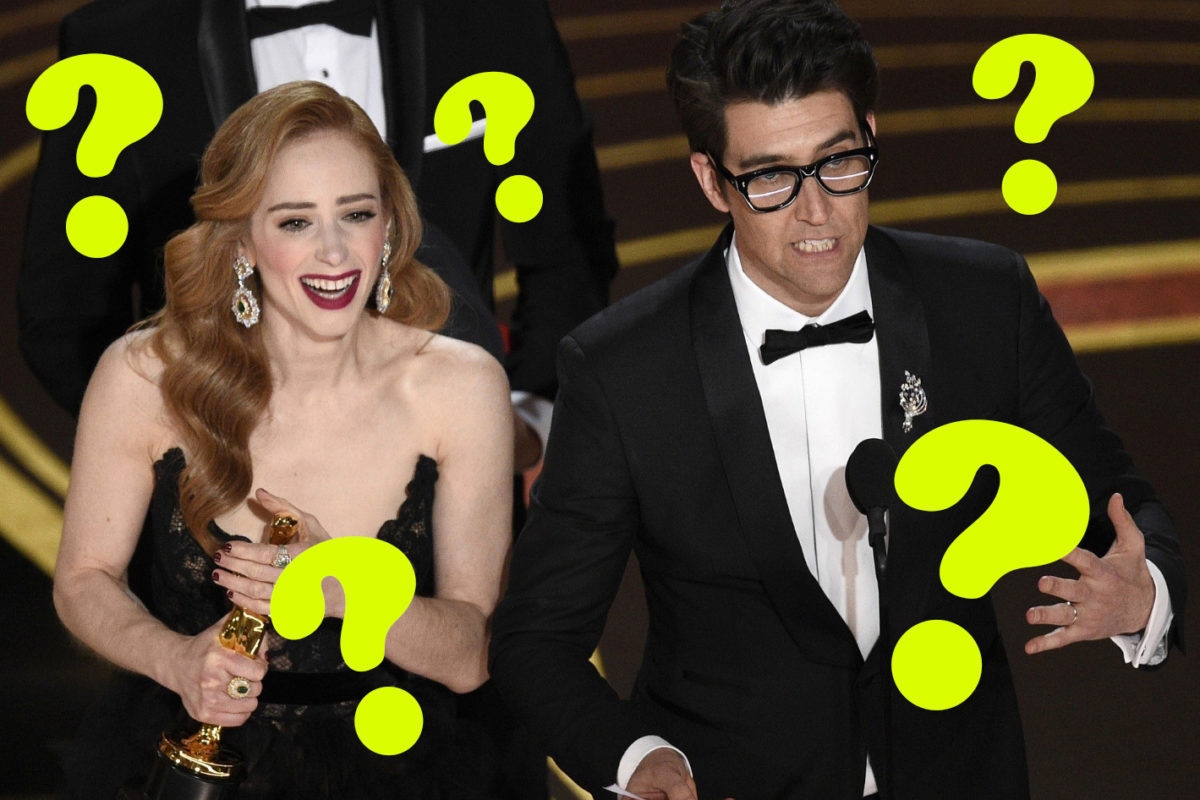 Well, this is awkward.

Like many of you, I was kvelling when an Israeli director, Guy Nattiv, and his wife, Jamie Ray Newman, won an Oscar for best live action short film on Sunday night. Nattiv, who was born in Israel and moved to the U.S. five years ago, even mentioned his Holocaust survivor grandparents in his moving acceptance speech.

“My grandparents are Holocaust survivors. The bigotry that they experienced in the Holocaust, we see that everywhere today, in America, in Europe. This film is about education, about teaching your kids a better way,” he said.

All proud Jewish mothers (myself included) around the world released a sigh of deep satisfaction at these words.

Except, like many of you, I also totally didn’t watch the film. Because, you know, Oscar shorts, they’re not really as popular as the full-length features. And as a new mom, I can’t say I saw many of those, either.

But according to one Slate review, this movie is, well, pretty problematic. I know, I know, that word, right? We label so many things problematic lately, and sometimes, it feels like, is there anything that’s NOT problematic anymore?!

But reading the full synopsis for this film, it’s hard not to have the feeling that, despite some good intentions, its premise is kind of misguided.

Now to be clear, unlike some other movies that took home Oscars this year, this one is not trying to make a feel-good movie about racism. In fact, reading about this movie, it seems pretty brutal, almost needlessly so.

And let me stress, I STILL haven’t watched this movie, so I’m going off a description and not the movie itself, which at least looks pretty well-made in this trailer:

However, it seems this movie falls into melodramatic, and simplistic, ideas about racism in America, going as far as to make a weird “both sides” argument, according to Slate’s Jeffrey Bloomer.

In the movie (SPOILERS), a white supremacist attacks a black man in a parking garage, as the man’s family watches helplessly in the car. The man’s crime? Smiling at the Nazi man’s son.

Some time later, this man is abducted in front of his own son by an African-American gang which then… tattoos his entire body black (?!?!?!?! I seriously can’t get over this plot point?!). When the Nazi comes home, his own frightened but confident child, indoctrinated in his father’s racist ways, shoots him down.

According to Bloomer, Skin‘s win suggests that the membership of the Academy “is happy to accept that racist hate violence is actually a cycle perpetrated from many directions and passed down to children on ‘both sides.’”

Bloomer notes the movie has a “lurid obsession with dwelling on the children in the thick of the violence, for a cheap lesson about how racism is learned.” He also reports Skin was “so breathtakingly vulgar that the audience in the theater where I saw it laughed out loud in incredulity when the lights came up. Even when you’ve just watched it, it is honestly hard to believe it’s real.”

Quite a few people on Twitter seem to agree:

i watched the SKIN short film that won last night and it's so much worse than everyone said it was lol: https://t.co/8wT89vAp36

Guys, no one has seen "Skin" which just won best live-action short but please take my word that it is by far the worst movie nominated for anything this year. It is HORRIFIC

Again, I just want to say, I HAVE NOT WATCHED THIS FILM. So I can’t really fully make up my mind about it. But it sounds like it uses a lot of cheap melodrama instead of delving deep into the real problem of racism in America, so I’m not sure it will be added to my to-watch list. Sigh.

To add to my complex feelings about Nattiv and Newman’s oeuvre, it seems that the two are currently working on a full-length feature, also named Skin, starring Jamie Bell. This movie tells the true story of Bryon Widner, a white supremacist who fought to leave the white power group he helped found in Indiana, and who got funding to remove his many Nazi and white supremacist tattoos.

It sounds like a story that does, potentially, show us a nuanced and complex view of racism in this country — a story in which a white (supremacist) man’s true savior ended up being a black man and activist, Daryle Lamont Jenkins, who put Widner in touch with the Southern Poverty Law Center which helped him get funding to remove his offensive and racist tattoos.

The movie is coming out in the US this summer, and yes, I do actually want to see it (in fact, unlike its short movie counterpart, it’s already received some good reviews).

So yes, I really don’t know what to think.