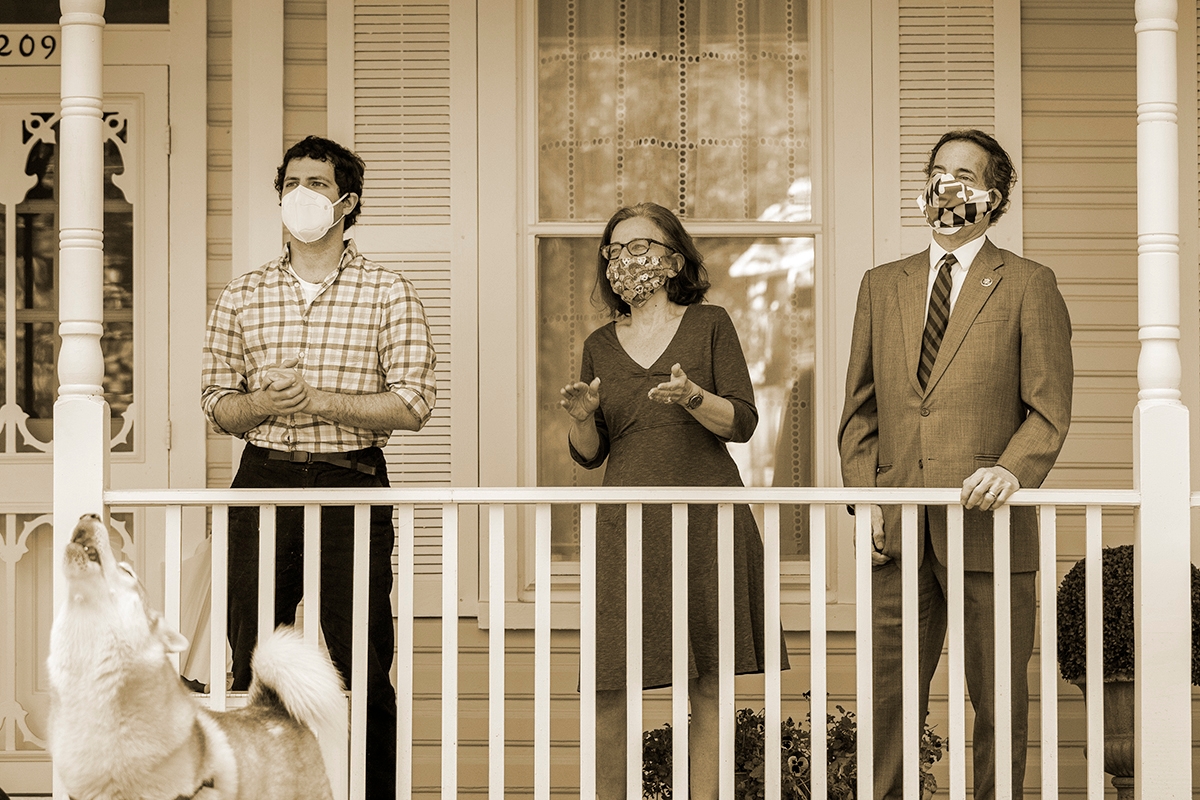 Congressman Jamie Raskin (D-Md.) and his wife, Sarah Bloom Raskin, who was deputy Treasury secretary in the Obama years, published a deeply moving and important eulogy for their son, Thomas (Tommy) Raskin. Tommy died on the last day of 2020. He was just 25.

The emotional statement, which the couple published on Medium, is full of humor and love. It’s a tribute to a luminescent child lost too soon — and to a life of compassionate service as a “radiant light in a broken world,” a reference to the Jewish tenet of tikkun olam.

The taboo-breaking tribute is filled with pictures of Tommy, from cherubic toddlerhood to strapping adulthood. In every picture, he exudes joy; the expression in his piercing blue eyes is unbearably kind and thoughtful. The piece speaks of a boy widely loved — by his family; his two sisters, Tabitha and Hannah; many cousins; and by his peers. He grew to be a man with a passion for writing, languages, and animals, as well as an anti-war activist. He graduated from Amherst College and found a passion for the law. Tommy was a second-year law student at Harvard — one who gave away more than half the money he made as a teaching assistant to charity — before he lost his battle with depression.

The eulogy also movingly recounts Tommy’s Jewish evolution. He went from being a 12-year-old who wrote “a detailed brief to his mother explaining why he should not have to do a Bar Mitzvah and citing Due Process liberty interests (appeal rejected),” to becoming a Sunday school teacher, “often substituting his social-struggle analysis of the Exodus story for teachings on the Hebrew alphabet,” to interning at J Street during his years as an undergrad.

Tommy’s parents also write about his passion for non-fiction literature, including books about “World War II and resistance to Nazism, Jewish history, libertarianism, moral philosophy, the history of the Middle East conflict, peace movements,” and his love for the writings of Jewish authors Gar Alperovitz (about dropping the atom bomb on Hiroshima and Nagasaki) and Peter Singer (on animal rights).

“Tommy Raskin,” his parents write, “had a perfect heart, a perfect soul, a riotously outrageous and relentless sense of humor, and a dazzling radiant mind.” The detailed obituary gives a full sense of just what bright and driven presence he was. It’s hard to believe the volume of his accomplishments fit into just 25 years.

As is appropriate, and recommended by most mental health professionals, Rep. Raskin and his wife do not go into the details of the circumstances of his death, probably because they wish their son to be remembered for the many things he did in his short life of kindness and service.

But what they do say is incredibly important — Tommy, they write, lost a “blindingly painful and merciless” battle with what his sister Tabitha dubbed “a disease called depression,” one that has plagued him since his 20s.

“Despite very fine doctors and a loving family and friendship network of hundreds who adored him beyond words and whom he adored too,” they write, “The pain became overwhelming and unyielding and unbearable at last for our dear boy, this young man of surpassing promise to our broken world.”

While the family doesn’t go into details about Tommy’s depression, the eulogy movingly breaks the stigma around depression and death by suicide — that people who suffer from it are in any way weak or unaccomplished; that you can always tell if someone is struggling with it; that it can always be beaten. This is especially significant the social isolation and stressors related to the Covid-19 pandemic has created a mental health crisis for many individuals and communities.

Suicide is a taboo subject in Judaism, and the Raskins do not mention this word. But what they do write about Tommy succumbing to his struggle with depression is accurate — deaths by suicide can often be deaths from terminal mental illness. In other words, depression-like other mental illnesses, and like many illnesses, in general — can and does kill. It does not spare the young, the old, the firm, the infirm, those who hide it well, and those whose entire lives are consumed by it. Yet, just like any other fatal disease, it does not define a lived human life.

Tommy lived and left behind an amazing legacy. He was a man who was fiercely himself and fought ardently for what he believed, and who attempted to make this broken world more whole with his every step. “Please look after each other, the animals, and the global poor for me,” he wrote in his final message to his family. May we all take care of this world in his honor, and may his memory be a blessing.