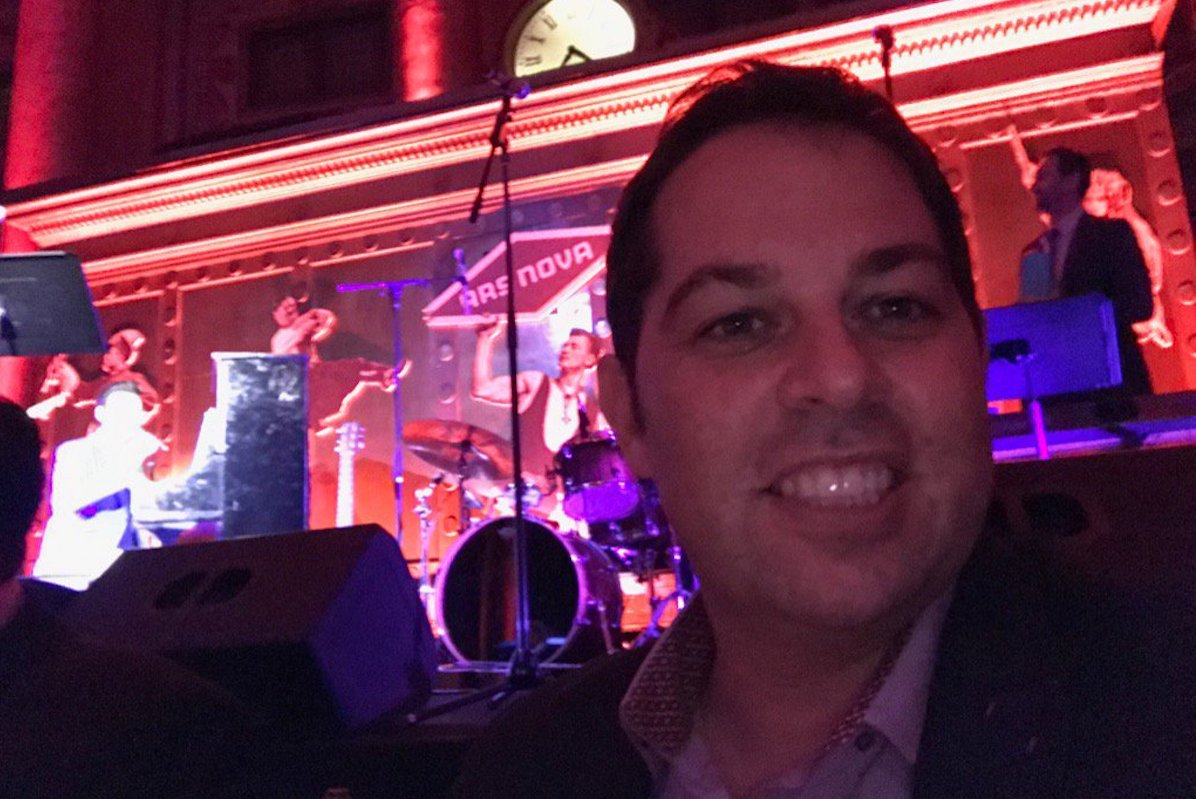 Police responded to a 911 call regarding a woman being attacked outside of a house in the upscale suburb of New York City. When the officers arrived, Karen L. Bermudez-Rodriguez, 26, was lying on the street in critical condition. Inside, the owner of the house, David Kimowitz, 40, a father of two, was dead.

Kimowitz, who managed several comedians and owned the Strand Restaurant and Comedy Club in New York City, was pronounced dead in his home, and Bermudez-Rodriguez, the au pair for the Kimowitzs’ two children, died at Newark Beth Israel Medical Center. Luckily, Kimowitz’s wife and their daughters weren’t home during the attack, the New York Times reported.

The Jewish dad had strong ties to USY and the Jewish community — as a teen, he participated in Nativ, an Israel gap-year program. In a Facebook post, Philip Goldwasser, a former USY advisor, said that he had been very fond of Kimowitz, and that a group of USY kids, including Kimowitz, had attended his wedding.

“I fondly remember him as an amazing young man who always put a smile on people’s faces,” Goldwasser wrote.

On Sunday, police stated that an arrest had been made: Bermudez-Rodriguez’s boyfriend, Joseph D. Porter, 27, who is being held at the Essex Country Correctional Facility, was charged with two counts of murder, possessions of a weapon, and possession of a weapon for an unlawful purpose, and criminal restraint. Porter had used a spare key given to him by Bermudez-Rodriguez to enter the home; earlier on Saturday morning, Bermudez-Rodriguez had texted Porter saying she wanted to end the relationship and that she wanted the keys back.

RIP Dave Kimowitz. Known him over 20 years. Later he got into the comedy biz and owned the great Stand Comedy Club. Most important, the kind of dad we all aspire to be. Heartbroken for his family. Can’t believe he won’t be around to fuck up our fantasy football draft this year. pic.twitter.com/JY2xBefjHs

Up until the weekend, Maplewood has been mostly known as a quiet place: There have only been 15 homicides in the past 30 years. Known, at least in certain circles, as a sort of “Brooklyn West,” it’s a popular place for young families to move from the city, thanks to its diversity, lively downtown, and relatively easy commute to Manhattan. Needless to say, this brutal and shocking double homicide shook the neighborhood.

Friends and family left flowers outside the family’s home to pay their respects for the “really nice people.”

David Kimowitz never greeted me without a smile. Great guy. I am sad. I love you. That is all.

Some neighbors said they heard the Bermudez-Rodriguez screaming when the attacks occurred: “It’s a shocking feeling,” next door neighbor Kathy Cantwell told the NYT. “You wish you could have interceded or you could have saved David.”

A comedian whom Kimowitz managed expressed his condolences on Twitter. “A great guy and friend has passed this weekend,” Rich Vos said. “He seemed so happy, a wife, 2 kids, his new club opened.”

This is such shocking news. A great guy and friend has passed this weekend. Just talked with him last week and Fri night. He seemed so happy, a wife, 2 kids, his new club opened. And now this horrific new. David Kimowitz you will be missed. RIP

Johan Montoya, a family friend of Bermudez-Rodriguez, said the nanny was a student from Colombia who had been working for the Kimowitz family for more than a year. “She was so far away from her family,” Ritila Reis, a nanny from Elizabeth, told NJ.com.

On Sunday, Maplewood residents held a small vigil for the victims.

“We’re sad for both families — the family who lives here and has been in the community for the last few years and, of course, the au pair who was working for them,” said Maplewood Mayor Victor De Luca. “It’s a very tragic domestic incident that had just a horrible, horrible result.”

Our condolences go to the Kimowitz and Bermuda-Rodriguez families during this tragic and difficult time.