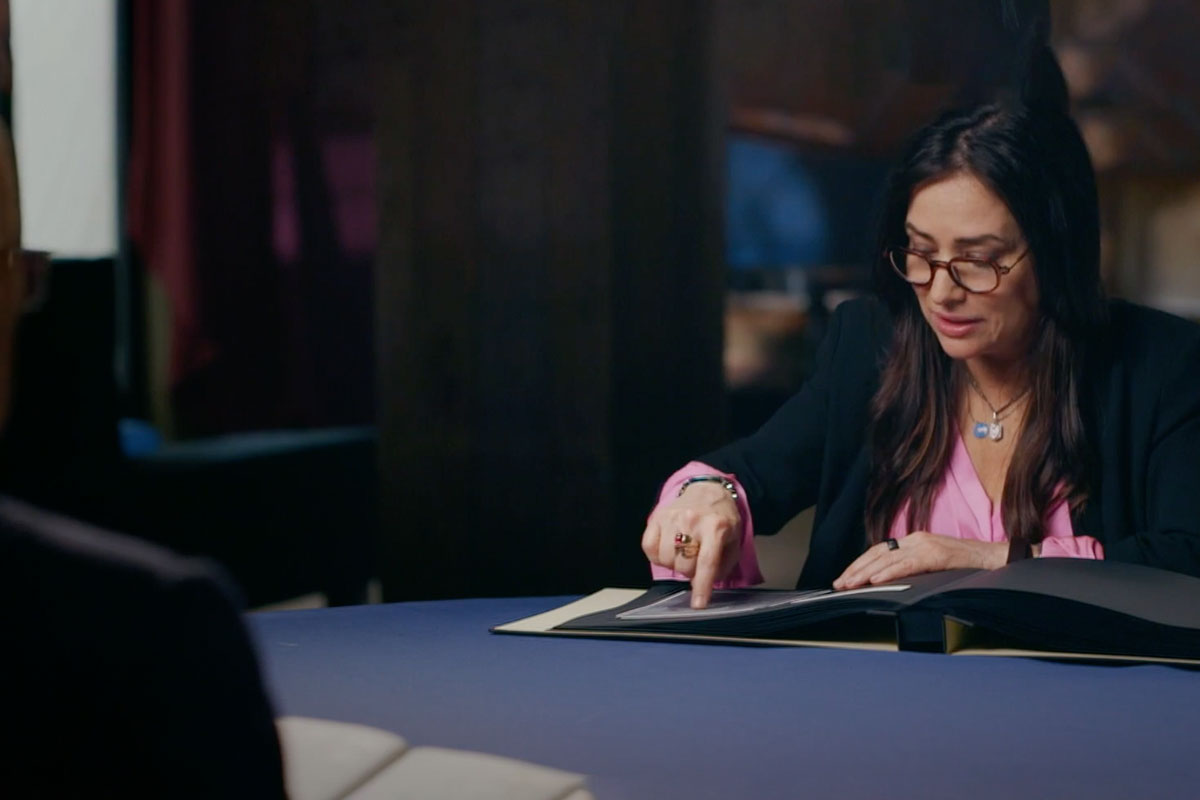 Pamela Adlon appears in season 8 of Finding Your Roots (Screenshot)

Pamela Adlon describes learning that her great-great-grandfather was a famous rabbi as “mind blowing” in an upcoming episode of the celebrity genealogy show “Finding Your Roots.”

In an exclusive clip from Tuesday night’s episode that is debuting on the Jewish Telegraphic Agency, host Henry Louis Gates Jr. asks Adlon to read the translation of the Hebrew inscription on her great-great-grandfather’s tombstone.

“Good,” she says. “I was having PTSD of Hebrew school and I thought you were going to make me read the Hebrew on the stone.”

When she learns about her great-great-grandfather’s occupation, she yells “Yes!”

“The amount of time I spent in temple — if somebody had just said to me, ‘your great-great-grandfather was a rabbi,’ I would’ve been like ‘Oh wait, let me catch up to this sermon right now,’” she says.

The actress and comedian Adlon, 55, is known for her roles in Louis C.K.’s sitcom “Louie” and “Better Things” on FX, the latter of which she co-created. She is also famous for voicing the character of Bobby Hill on the animated series “King of the Hill” and has appeared in several movies.

Adlon’s father, writer-producer Don Segall, was born to a Jewish family of Russian and Ukrainian descent and her mother, originally an Anglican, converted to Judaism.

On “Finding Your Roots,” the historian Gates gives celebrities a “book of life” about their families and ancestral lineage. Past Jewish guests of the show include Dustin Hoffman, Scarlett Johansson and Paul Rudd.

Also on Tuesday night’s episode, which airs at 8 p.m. ET on PBS, is Kathryn Hahn — who is not Jewish but is known for her several Jewish acting roles.