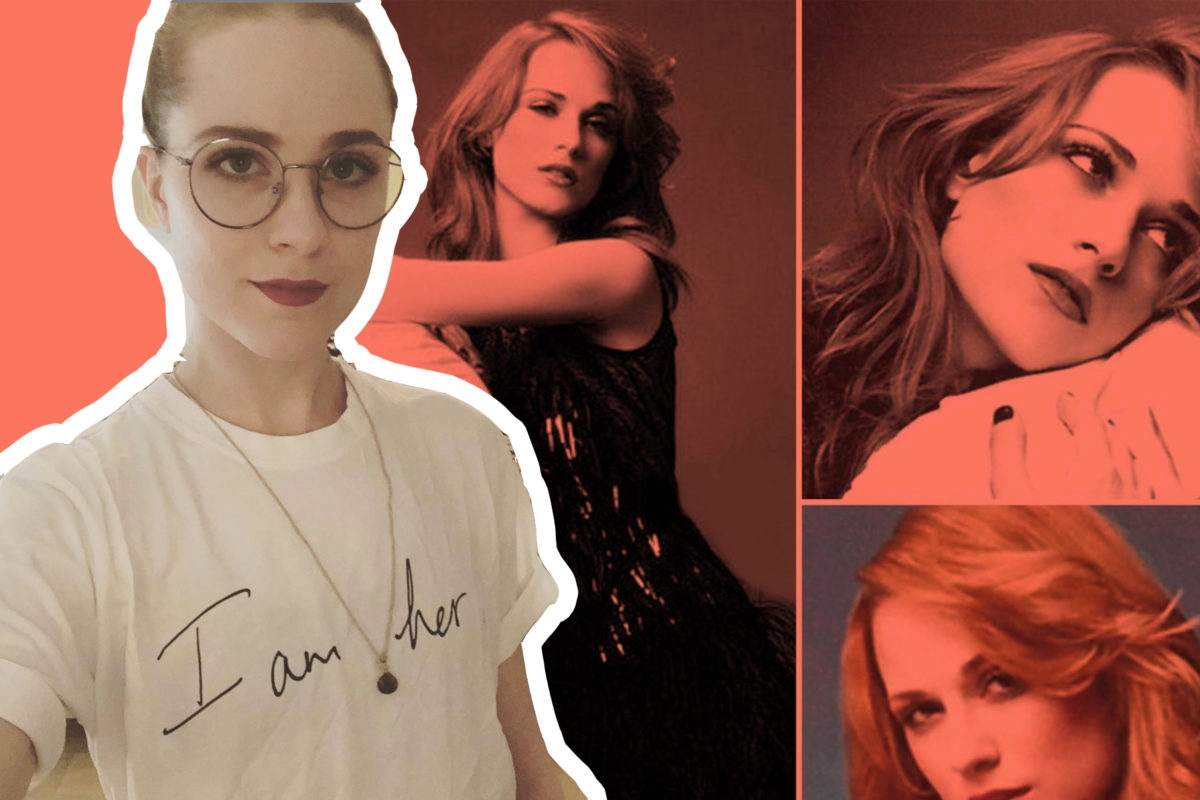 Jewish mom Evan Rachel Wood is opening up about intimate partner violence — and how it drove her to self-harm — with #IAmNotOK. The hashtag is meant to help survivors of abuse share their stories, draw attention to the prevalence of abusive relationships, and help fight the scourge of domestic abuse.

This isn’t the first time the 31-year-old — who has a son with ex-husband, actor Jamie Bell — has used her high profile to draw attention to important issues. In the wake of the 2016 elections, she joined the wave of #MeToo testimonies by opening up about being raped while in a relationship. In 2018, she testified to Congress about rape and sexual abuse. She visited immigrant families detained in Texas to draw attention to their plight. She opened up about her suicide attempt, and being hospitalized in a mental health facility, to help end the stigma around mental health.

And now, in a candid and heartfelt way, she is sharing her own harrowing experience in order to help others who have experienced abuse.

Yesterday, the Westworld actress posted a picture of herself from a photoshoot in which she looked glamorous and poised, and revealed the dark truth behind it:

The day of this photoshoot, I was so weakened by an abusive relationship. I was emaciated, severely depressed, and could barely stand. I fell into a pool of tears and was sent home for the day. #IAmNotOk pic.twitter.com/aVUQ1w8ayQ

“The day of this photoshoot, I was so weakened by an abusive relationship. I was emaciated, severely depressed, and could barely stand. I fell into a pool of tears and was sent home for the day. #IAmNotOk.”

Wood shared a picture of herself with self-harm scars (warning: the photo is explicit), explaining that she used self-harm as a way to “disarm her abuser. It only made the abuse stop temporarily. At that point I was desperate to stop the abuse and I was too terrified to leave. #IAmNotOk.”

She also shared a candid and heartbreaking video about how the abuse affects her to this day. “It’s really hard to feel safe. I think about it every day, in one way or another,” she said, through tears. “I’m not OK. I don’t know what it feels like to not be scared.”

Like many who have experienced abuse, Wood told actor Dax Sheppard on a recent episode of his podcast, “Armchair Expert,” that she only recently came to terms with what happened to her. “When it happens, it’s very complicated; you lie to yourself, you’re being lied to… You lose a sense of self and your sense of reality because you’re stuck in this nightmare.”

Throughout yesterday, Wood used her Twitter and Instagram stories to amplify voices of other abuse survivors She shared dozens of people’s experiences, talked with them and helped validate their emotions with empathy.

@evanrachelwood I left an ex bc they would scream at me in public if I didn’t do what they wanted, drove erratically to scare me, controlled all the $ to keep me at home, fat-shamed me, threatened to burn our Ketubah, & bit my breast when I cried & begged him to stop. #IAmNotOk

Thanks to Wood’s efforts, we hope many people who have been in abusive relationships feel a little bit more empowered, a little less stigmatized, and a little less alone. Her strength, openness, and vulnerability are an inspiration to us all.

The National Domestic Violence Hotline can help both victims and survivors. Call 1-800-799-7233.