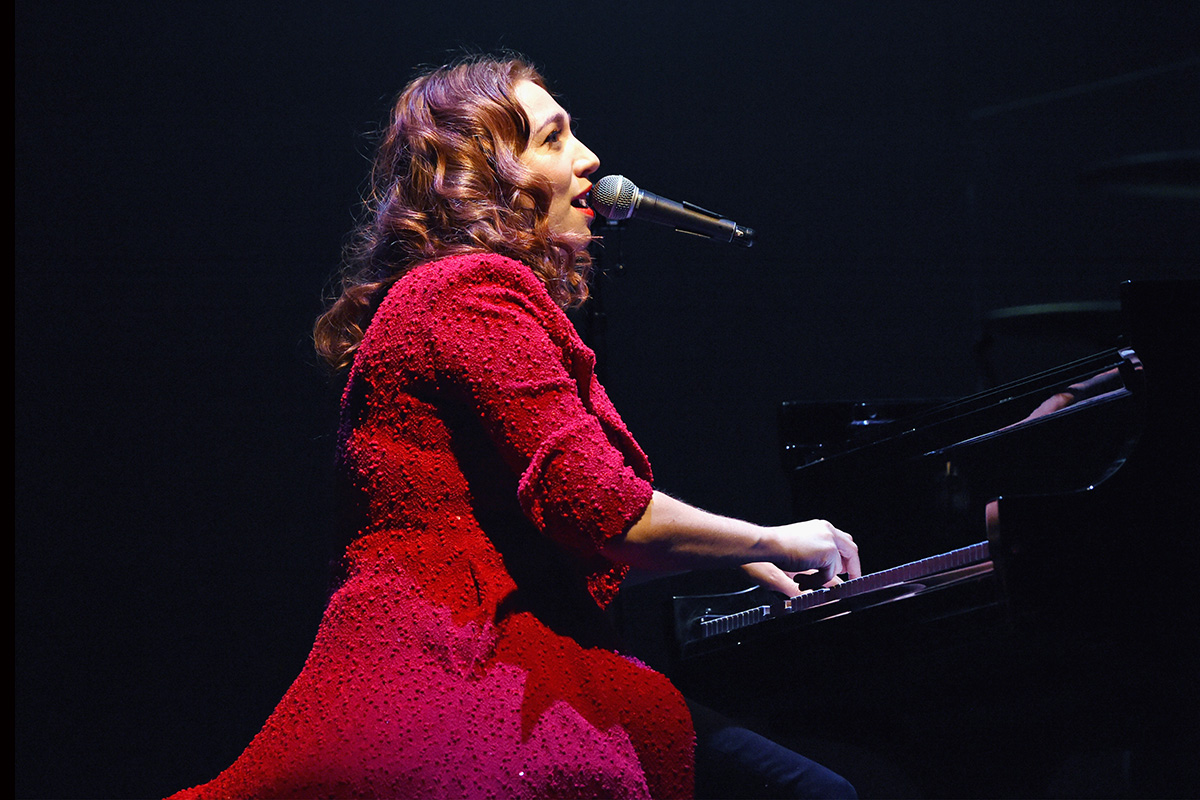 Singer-songwriter Regina Spektor just lost her father, Ilya Spektor, a photographer, amateur violinist — and Spektor’s number one fan. The Jewish musician, who canceled her show at Carnegie Hall in New York City this week after Ilya’s passing, penned a moving message about her father which she shared with her fans and followers on Instagram.

“There aren’t enough words or tears to express the boundless loss we all feel having lost my beautiful papa,” Spektor, who has one son with her husband, Jewish musician Jack Dishel, wrote.

“This morning the shiva ended,” she continued. “I’m so grateful for all the stories I got to hear during this time and how many friends and family showed up in all different ways. Much of it feels miraculous.”

Spektor recounted how people kept using the traditional Jewish phrase “may his memory be for a blessing.” She wrote about how much her father cared for her community of fans, and how he would be wishing them all health and happiness and to be “enjoying life to the fullest and the sweetest.”

She ended her post by asking people to make donations to HIAS in his honor, explaining that the organization, which was founded to help Jews escape the pogroms of Eastern Europe in 1881, “helped our family, and helps countless refugees all over the world.”

Last Father’s Day, Spektor shared a picture of her father as a child, calling him a “sunshine smile kid.”

“On this Father’s Day and World Refugee Day,” she wrote, “I want to thank my papa, who is both, for being a beautiful human being!” She ended the post with a “Spasibo Papachka” — Russian for “thank you.”

Despite experiencing anti-Russian sentiments in the U.S., Spektor found her vocation in Jewish spaces in her new home. The singer had to leave her family piano in the USSR and found a way back to the instrument in a synagogue basement. She attended the Jewish SAR academy in the Bronx and was inspired to start writing songs after a visit to Israel as a teen, where she hummed made-up songs to get herself through challenging hikes.

Her Jewish and Russian roots are often featured in her music, including in Samson, from her debut album, “Soviet Kitsch.”

“The only reason I’m Jewish is probably anti-Semitism,” Spektor told the Guardian in 2016, “Think about Soviet Russia – religion is illegal. So there’s no cultural Judaism, no tradition. The only thing that made Jewish people marry other Jews is that they didn’t want to be called ‘kikes.’ They knew they wouldn’t hear the word ‘zhid’ come out of their husband’s face when they had their first marital fight. So it’s the only reason a lot of us exist.”

This isn’t the first time Spektor has raised money for HIAS. After the Pittsburgh shooting at the Tree of Life congregation, which was perpetrated by a shooter angry about the work of the organization, Spektor wrote a post paying tribute to the Jewish organization that helped bring her family to this country.

Recently, as war rages in Ukraine, Spektor acknowledged her family’s Ukrainian roots. “Most of my grandparents are from Ukraine, Jack’s too,” Spektor wrote in a recent post in which she shared a photo that her father took of her as a child on May 9 in the USSR, which celebrates the defeat of the Nazis in WWII.

“I look at that kid with her white ‘bantiki,'” she continued, referring to the ribbons in her hair, “and I wish her, and all the little kids of the past, present, and future, some lasting peace.”

HIAS is currently supporting refugees in Ukraine, and we love that in this difficult time, Spektor is thinking about helping refugees just like her and her amazing father. May Ilya Spektor’s memory be for a blessing.