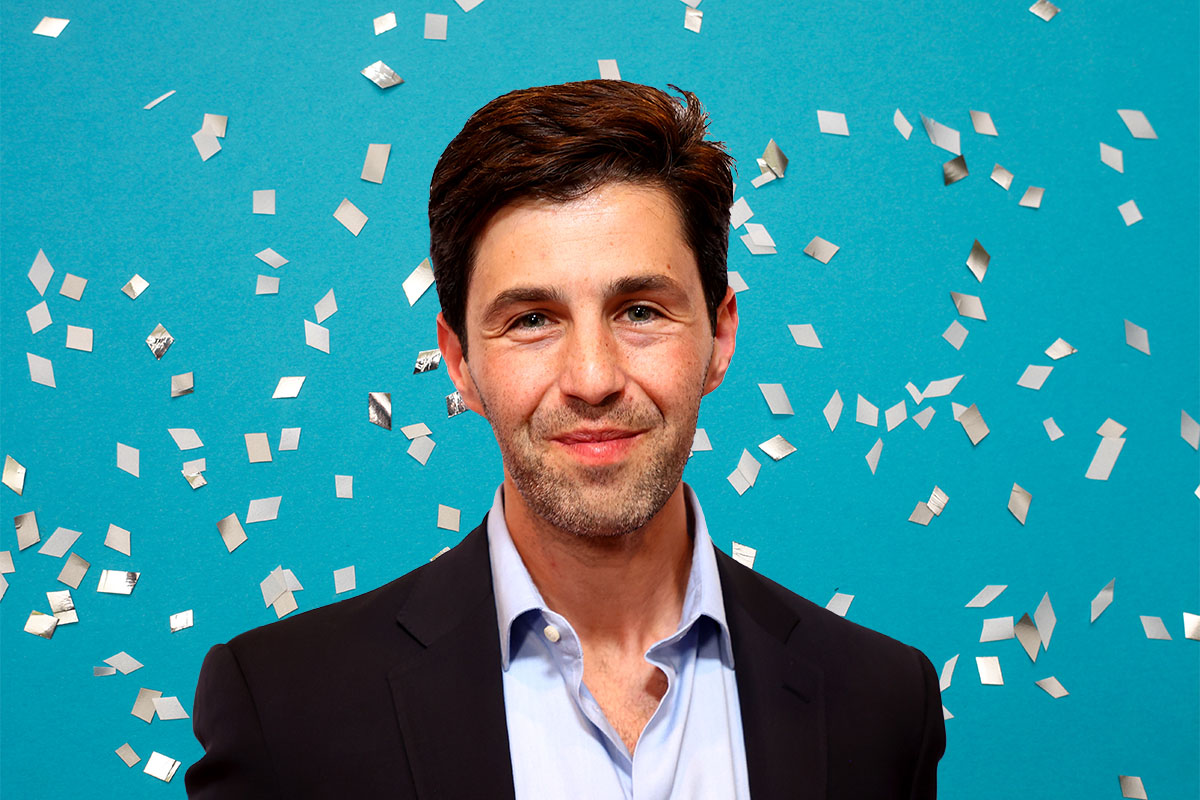 Josh Peck, aka the rabbi of “13: The Musical” and my heart, welcomed his second son back in October of this year.

In a new vlog, he revealed that he gave the adorable new baby a very Jewish name: Shai. Shai is the Hebrew word for gift, and it’s a lovely, short unisex name that’s both mellifluous and meaningful.

For those of you who know Josh Peck, 36, mostly from his “Drake & Josh” days, the actor has been vlogging for over five years. His first vlog documented his wedding to longtime girlfriend (and now co-parent!) Paige O’Brien, and many of his vlogs talk about his Jewish identity — in one video he even tries Christmas snacks for the first time with a fellow Jewish influencer.

Back in September of 2018, three months before the birth of his eldest son, Max, Peck shared a video sponsored by the genetic testing company “23 and Me” in which he revealed that he is 100% Ashkenazi Jewish. Peck had never met his dad, who was 62 when he was conceived, and he was delighted to find out more about his family history (he also shared his vehement love for matzah in the video — “What’s not to like, it’s a cracker, you put some peanut butter on it!”).

After a two-year hiatus, Peck started vlogging again, and in a video that he shared this week, it opens with their drive to the hospital. He films himself in scrubs, getting ready to enter the operating room where he will welcome his second child. “We don’t know if it’s a boy or a girl yet,” he reveals as he paces. “I’m not nervous, you”re nervous,” he says before cutting to shots of his son in his hospital plastic crib and sharing his name.

The video also shares the Peck’s Thanksgiving with baby Shai. He drives to pick his mother up, who he says doesn’t see well enough to drive herself, but who more than makes up for it in youthful energy. At her house he finds a tray of rugelach, which he of course samples, and then asks her to explain what it is “for the gentiles.”

“It’s a dessert made out of nuts and raisins and yummy things rolled into a pastry dough — I think it originated in Poland but who cares, it’s so delicious,” mama Peck says. Yes, that all checks out. (She also reveals that she paid $100 dollars for that tray of deliciousness!)

The video shows Shai getting all the family cuddles at Thanksgiving and Max frosting some lovely holiday cookies.

In the video Peck shares that baby Shai likes the baby butt tap (familiar to many a baby parent) and the little swinging metronome dance (also a signature move). He praises Shai’s amazing neck control — “I won’t show you off too much,” he tells the baby, but “you’re just so cute.” He also captured a very juicy baby poop — because babies always time their poops for maximum drama (also maybe those butt taps help move things along).

“Thanksgiving is my favorite holiday,” Peck tells the camera in the video, explaining that despite its evil origins, the tradition we created now is pretty nice.

He also adds that “there are some top tier Jew holidays I’m a big fan of: Hanukkah [pronounced with a perfect ch, because, he is our rabbi forever], Sukkot, Purim — which is just Jewish Halloween, shoutout Kanye.” Some Jews would resent that explanation — but no one would resent the Kanye call out.