‘13: The Musical’ Is the Perfect Jewish Family Night Movie – Kveller
Skip to Content Skip to Footer 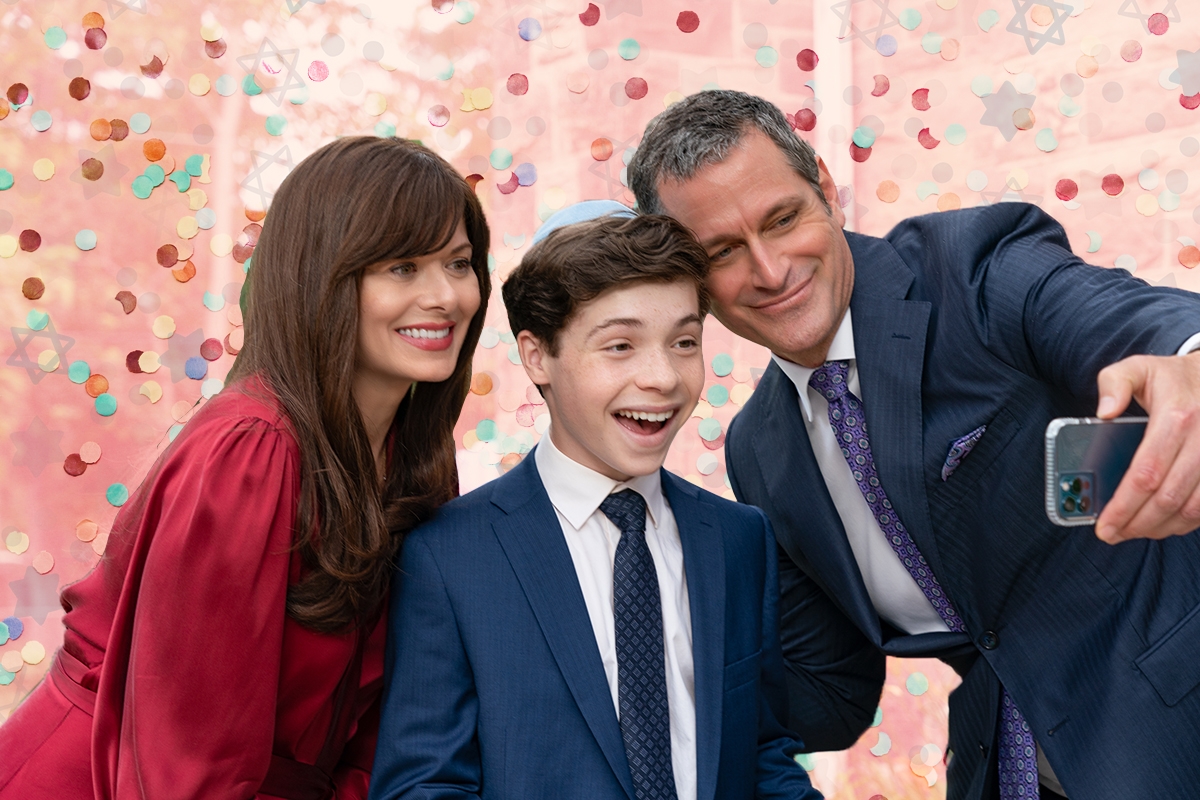 The phrase “Josh Peck plays a rabbi in it” could get me to watch literally anything. But Netflix’s “13: The Musical” is more than just a good avenue for the Jewish dad to show off his Hebrew skills (a hearty kol hakavod to him) — it’s also the perfect Jewish family night movie.

Regardless of denomination, being Jewish is all about family, chosen or genetic. I mean, what other religion has this many holidays that revolved around a family meal in addition to weekly Shabbat dinners?! Considering that, the modern family tradition of the movie night feels like it should be super Jewish — and yet there just aren’t a lot of explicitly Jewish movies to watch.

In fact, back in January of this year, I tried to make a list of Jewish movies for Jewish family nights.  Sharing my love for movies with my kids brings me so much joy. But only a few family-oriented movies actually have Jewish themes — the basketball drama “Full-Court Miracle” which centers on Hanukkah, “An American Tail” about a Jewish immigrant mouse (though you could easily miss that tidbit), “The Prince of Egypt,” the “Rugrats” holiday specials (all very very good) and perhaps, also “Fiddler,” make up the entirety of explicitly Jewish, specifically family-oriented films on that list. I will not even go into the amount of Christmas kids and family movies out there, because do we have the time?

Enter the protagonist of “13: The Musical”: Evan Goldman, played by Jewish actor Eli Golden. Here is a Jewish character who plainly loves being Jewish. There is no conflict for him about whether or not he wants to have a bar mitzvah, or whether a bar mitzvah is cool. In fact, he calls it “the Jewish Super Bowl” — is there anything more exciting than that?

Evan’s entire concern during the movie is getting in with the cool crowd in his new small town so that he can have the same exciting over-the-top bar mitzvah that he imagined having in New York before his parents divorced and he and his mother Jessica (played by Debra Messing) had to move back to her childhood home. And while the bar mitzvah at the culmination of the movie is hardly the expensive opulent party his Manhattan crowd is used to, it is grand.

Many bar and bat mitzvah scenes in TV and film skip over the actual Hebrew part of the service, let alone the reading of the haftorah — the weekly portion. But in “13: The Musical,” Evan beautifully sings a line from Isaiah in Hebrew in a way that feels so reverential and beautiful, and it, along with the movie’s final song, really brings it all home.

“13: The Musical” is plain good Jewish representation. No character is reduced to a Jewish stereotype. That’s especially true when it comes to the two main Jewish mothers of the movie — Messing’s Jessica and Rhea Perlman’s grandma Ruth.

Jessica, particularly, is a full-fledged character, trying to find her footing after her divorce and revisit her childhood dream of being a writer while also trying to figure out how to best parent her teen in his new social environment.

Both Jessica and Ruth are very involved in their kid’s life — which yes, sometimes can translate into being overbearing. But they are ultimately incredibly close and care about their child’s happiness more than anything.

At Jessica’s most difficult moment, the place she wanted to be was in the comfort of her mother’s loving gaze (which Perlman really aces) at home. There’s something so lovely about that.

Then there’s Rabbi Shapiro, played by the aforementioned and very iconic Josh Peck. There’s no way not to be obsessed with this snarky, affectionate, tell-it-like-it-is rabbi character. The surrogate father figure that he becomes for Evan in a turbulent post-divorce time is really sweet, and the truths he dishes about prep for your b’nai mitzvah are pretty spot on — “you find a 6000-year-old language confusing, now I see the problem,” he says in one scene. “You thought this would be easy, that’s just bad intel.”

“13: The Musical” is a movie about Jewish family, Jewish pride and Jewish love. It’s also about making mistakes, learning from them and acknowledging that you can still make more. Judaism is all about that — every year at Yom Kippur, we have to come to terms with the wrongs we have done to others and apologize. Jessica, Evan and the other kids all mess up and try to do better.

After he finishes chanting his haftorah, Evan sings “A Little More Homework to Do,” a song about how his learning and growing isn’t over — and isn’t that what Jewish thought and Jewish tradition is all about? (OK, I’m oversimplifying it, but also, this is a kid’s musical we’re talking about.)

As Jews, we haven’t gotten a lot of movies catered to us that also celebrate Jewish joy (there are plenty of somber Holocaust movies out there). “13: The Musical” has enough Jewish reverence and specificity to entice a Jewish audience, and enough fun storytelling and music to entrance the non-Jewish crowd as well. For non-Jews, it’s also a nice primer about what a bar mitzvah is really about. As Messing told me in my interview with her: “This is the first time that a Jewish kid, you know, has to perform, and they have to do it alone.” And the movie really brings that point home.

Is “13: The Musical” a perfect movie? No, hardly. Nitpickers may find the dialogue schmaltzy, the choice of buying your bagels at Zabar’s sus (that’s me! I’m the nitpicker!) or find other flaws in what is, without any doubt, no arthouse film.

And yet, watching a kid wearing a kippah being celebrated in a big Netflix musical, singing his heart out and finding joy in Jewish ritual while making all the Jewish kids like him — our kids — feel seen? That’s priceless.