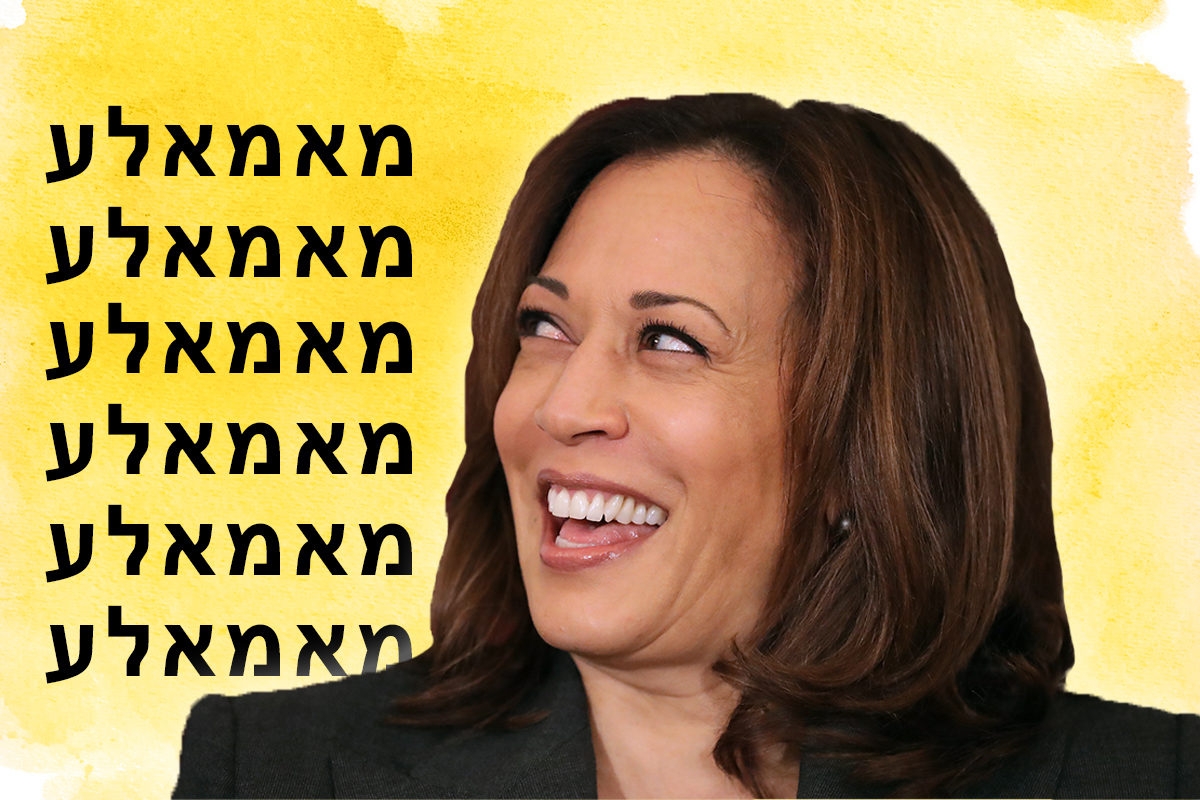 In today’s dose of adorable, breaking political news (bet you haven’t heard that one before!), Sen. Kamala Harris’ Jewish stepchildren have given her a very Yiddish nickname.

Now, it’s unclear if siblings Cole and Ella made the explicit connection between the endearing nickname and the Yiddish word mamaleh (which literally means “little mama,” but is commonly used as a term of endearment  for kids). But, for our intents and purposes, we sure hope so.

Happy Birthday @KamalaHarris⁩! You are always there for us with a big hug, bright smile, infectious laugh and just the right words, all with delicious food and an amazing soundtrack! We love you so so much (and are VERY proud of you)! Doug, Cole & Ella. pic.twitter.com/7evystcTz1

Although it’s probably just a cute portmanteau of “Kamala” and “mom,” the Yidd-ish nickname suits Harris, considering her Jew-ish history. (To be clear, the 54-year-old junior senator from California is not Jewish; her mom immigrated to the U.S. from India and her father is from Jamaica.) Harris met Emhoff in San Francisco on a blind date, and although her sister officiated the wedding, Harris smashed a glass in honor of Emhoff’s Jewish heritage — talk about a feminist marriage!

Perhaps the Jewiest thing about Harris — besides her Jewish family, of course — is her charity work for Israel when she was young. “Having grown up in the Bay Area, I fondly remember those Jewish National Fund boxes that we would use to collect donations to plant tress for Israel,” she said at the American Israel Public Affairs Committee in 2017. “Years later, when I visited Israel for the first time, I saw the fruits of that effort and the Israeli ingenuity that has truly made a desert bloom.”

So while Harris may not be Jewish, she’s certainly a mensch — and so this Yiddish nickname has Kveller’s seal of approval.