Kids Depressed Because They're Back from Camp? Here's How to Deal. – Kveller
Skip to Content Skip to Footer

Kids Depressed Because They’re Back from Camp? Here’s How to Deal. 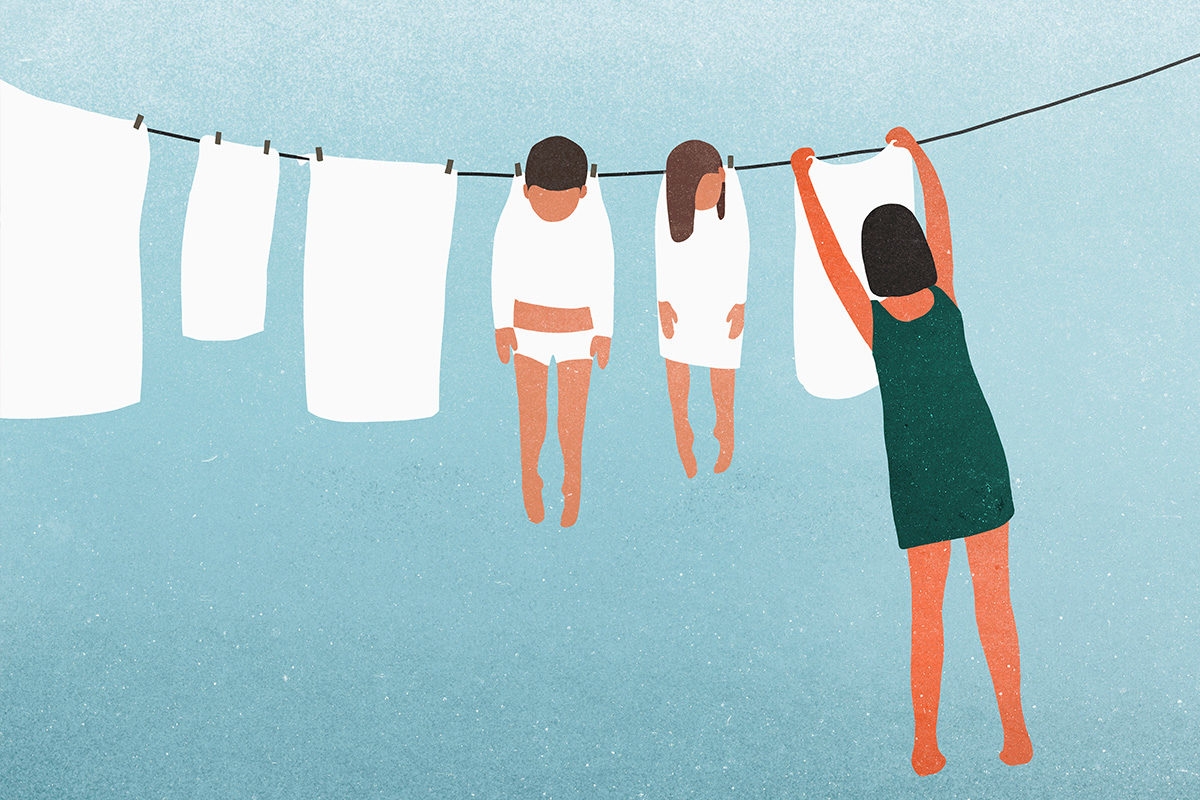 This summer was the first time both of our kids went to camp together. Our son, 11, stayed for the whole month of July, and our daughter, 8, for two weeks.

When we picked her up on visitors’ day, she was so excited to see us, she could hardly wait for us to park the car before mobbing me with hugs and kisses (sorry, Daddy, tough luck). Once I had been thoroughly squeezed, her priority was showing us around camp and demonstrating her waterskiing skills.

Once the skis were off, however, our girl was very eager to get in the car and head for home. Her iPad was waiting by her booster seat and she happily gorged herself on episodes of Nicky, Ricky, Dicky, and Dawn while periodically telling stories about her camp adventures during the two-hour drive home. My husband and I, still basking in the glow of our kid-free time — our first in 11 years! — smiled at each other, quietly congratulating ourselves on our cleverness in choosing such a great camp, and for having kids who transition so seamlessly from context to context.

It was a rare moment of smug parental satisfaction. I should have known something was up.

The moment we opened the door to our house, our daughter burst into tears. You might be imagining a delicate sadness that we could easily brush away with a snack and a cuddle. Alas, no —  this was an explosion of emotion unlike anything I’ve ever witnessed in my own children. She was despondent, crying so hard she couldn’t catch her breath. Through her tears, she said that all she wanted to do was to go back to camp. She missed her friends, her counselors, and, most surprising of all, her brother!

It took more than an hour — which included a snack and several cuddles — for her to calm down. When she eventually did, she was still incredibly sad. The looks that passed between my husband and me had lost their smugness entirely; now they were more of the “what the heck do we do now?” variety.

As I cradled my sobbing kid on the couch, I found myself thinking about what we teachers refer to as “after-school restraint collapse.” I used to teach kindergarten, and I’d hear about it from parents all the time: They would get a report card describing a polite, respectful, engaged child who followed routines and demonstrated care for their classmates. By contrast, however, the child who got off the school bus at the end of the day was frequently a hot mess who would collapse in a puddle of rage, tears, and tantrums.

For a 5-or-6-year-old, such a Jekyll-and-Hyde scenario is very common. After a day spent self-regulating their behavior as best as they possibly can, it’s very normal for a kid to completely lose it. They feel safe at home, so that’s where their emotions come out. It’s actually kind of a compliment, although it doesn’t necessarily feel that way.

In the absence of an analogous camp term, I’m going to make one up. I’m calling it “post-camp entertainment collapse.” Maybe restraint has something to do with it, too. After all, kids are adjusting to a new environment, friends, caregivers, food, schedule — it’s a lot of fun, but it’s also just a lot to get used to. However, at least for our girl — and, no doubt, the thousands of kids who are heading home after an AMAZING TIME at camp — the biggest cause of her distress seems to be that camp is fun… so much fun that nothing, certainly not just being at home, can compare. Camp is on par with an amusement park but, unlike Disney, camp goes on for weeks. Moving from one super-fun activity to the next starts to feel normal, and everything that follows is a letdown.

When I was younger, I spent summers as a camp counselor, so I know how much work goes into making camp as fun as possible, every minute of every day. From planning special evening programs to organizing age-appropriate pranks, it’s exhausting. This mama — who works an extra summer contract in order to pay for camp — is not going to be recreating camp at home; I’m on holiday too, kids.

Still, even though we’re not going to be installing a high ropes course in our backyard, I’ve realized that there are some things we parents can do to lessen the thud of the post-camp letdown. So, as I settle in for the remaining five weeks of summer holidays, here are seven things we’re trying to combat the post-camp blues:

I may be busy, but I’m usually able to organize one fun thing every day. This might be a trip to the splash pad, the beach, the library, or just turning the sprinkler on under the trampoline. If there’s one thing to look forward to, then it’s easier for kids to cope during the hours that aren’t filled by parent-led activities.

Lots of activities that we don’t do during the year are holding drop-in classes over the summer. It’s a great opportunity to try something new. My kids don’t typically do martial arts but now is the perfect time to give it a try; the class sizes are usually small and if they don’t like it, we’ll try something different tomorrow.

My husband gets the credit for this one. He picked up a projector on sale — and they’re often on sale! — and rigged up a screen outside, and voila! All you need to do is pop some popcorn and everyone is happy. (Pro tip: We put up our screen under our deck; this way we don’t have to wait until it’s completely dark outside.)

We have a lot of books and toys in this house, many of which don’t get looked at or played with very often. (I see you nodding your head in agreement!) One of our favorite summer activities is to gather up a bin of books we’ve outgrown, bring them to our favorite used bookstore and use the credit to grab a couple of new ones. It’s a win-win. I get some stuff out of the house, and my kids get books or toys that feel new to them.

One of my kids’ favorite camp activities is cooking class. This summer they made smoothie balls and latkes, among other things. Fortunately, this dovetails with one of my working mother survival strategies: to have as much food as possible prepared and frozen before the school year starts. If we can have one session of cooking club per week for the next five weeks, that’s five more freezer meals ready to go for the fall, and we have fun in the process, too. As a bonus, maybe my kids won’t survive on ramen when they go to college!

I didn’t grow up Jewish, so I often feel the absence of the formative tunes that most adult Jews take for granted. At camp, my kids do this version of birkat hamazon (grace after meals) that involves hand motions, clapping, and… sour cream? One of my own goals is to learn some of these songs so that we can sing them together and keep that camp spirit alive. We’re also jamming to Israeli music in the car, since that’s what they come back singing every year.

Yesterday, my daughter danced around the main floor of our house singing a song she had invented about how bored she was and what a terrible mother I am. (It was quite catchy, actually.) But newsflash: She survived. Eventually, she went off and did something else. Maybe one of the best things they can learn this summer is how to entertain themselves — that’s a life skill that everyone needs.