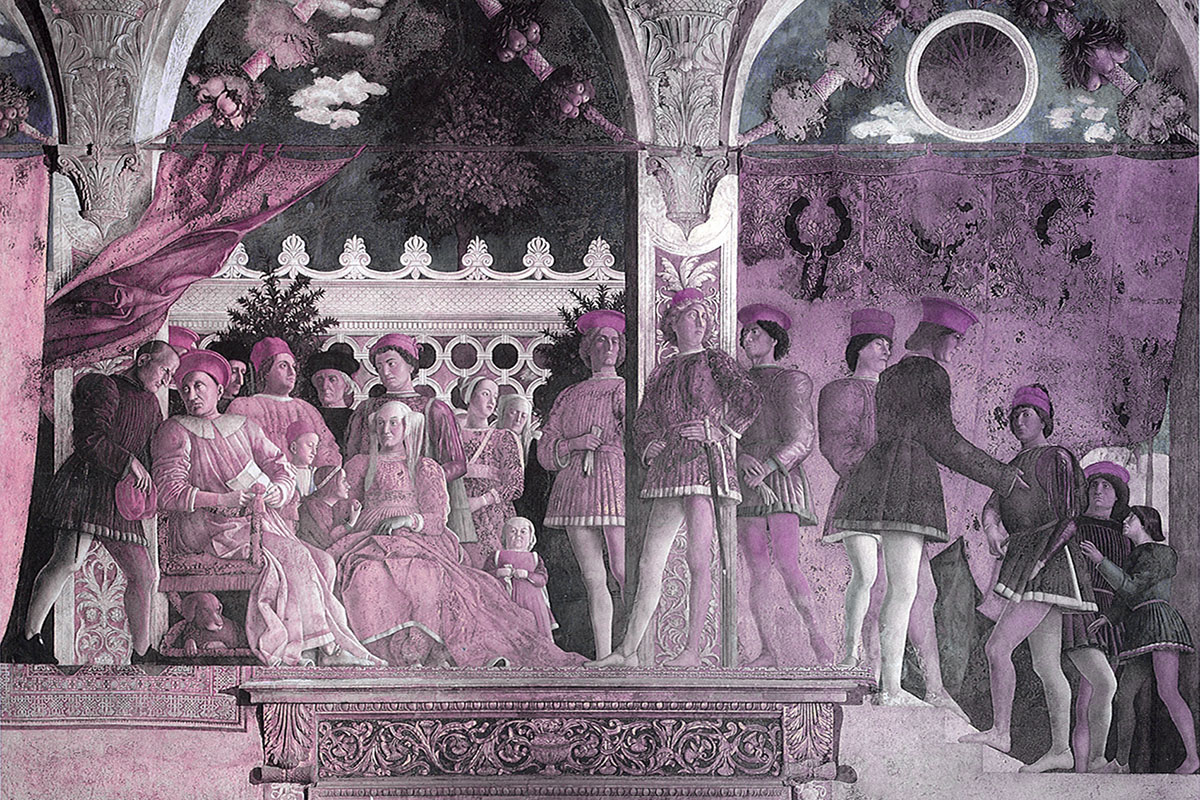 This week, Chicago audiences will be transported to Renaissance Italy in a program that centers celebrated 16th and 17th century singer Europa Rossi, known as “Madama Europa.” Rossi was, according to some, “the first female Jewish singer to gain substantial fame beyond the Jewish world.”

Europa was a celebrated singer who was richly rewarded for her talent by the royal court of Mantua, led by the princely house of Gonzaga — a central place in the history of opera.

A Jewish mother, Europa was married to David Ben Elisha, a Jewish community leader, and had two sons with him — Bonaiuto and Angelo. Neither she nor her children or grandchildren converted to Christianity — a rarity at the time.

Europa came from quite a musical family. Her brother, Salamone Rossi, was a violinist and composer who worked both at the Mantua court and composed Hebrew liturgical music that was preformed in synagogues during the 17th century.

She preformed along with her brother in the Mantua royal court singing music composed by some of early Modern Italy’s most famed composers and the court’s most celebrated musicians, including the Concerto Delle Donne, which was the city’s ensemble of professional women singers. One observer said that she sang in a “most delicate and sweet voice” and brought the audience to tears.

Now, some lucky spectators will get to experience what it was like to be at the Mantua court through Madama Europa at the Gonzaga Court at Congregation Rodfei Zedek in Hyde Park, a concert directed by Liza Malamut, the Newberry Consort’s new artistic director. Malamut is a historical trombonist and has co-edited the book “Music and Jewish Culture in Early Modern Italy: New Perspectives,” which was published earlier this year and explores the story of Europa and her family.

Malamut spoke to Kveller about why she chose to center this concert around Rossi, and what her significance is.

How did you find out about Madama Europa?

I’ve always had an interest in Jewish music and culture during the Renaissance, and I got the opportunity to dive in during an independent study about Salamone Rossi’s music in graduate school. Madama Europa Rossi was Salamone Rossi’s sister, so her name came up while I was exploring that literature.

At the time I was more focused on Jewish liturgical music, and Madama Europa was in the secular world. However, she was always in the back of my mind. She didn’t write any music, but her name pops up periodically throughout the story of Jewish performers in Renaissance Italy. With a few notable exceptions, there isn’t a lot of scholarship on her, and even less in the way of performance-based research. The opportunity to finally explore her story more in depth with The Newberry Consort is really exciting to me.

Tell me a little bit about her story; what do we really know about her?

In some ways, Madama Europa is a mysterious figure. We have concrete evidence, in the form of musician payrolls, that she was performing at the court of Mantua during the late 16th century. She’s listed in tandem with her brother Salamone’s ensemble of Jewish musicians, as well as on her own as a musician “extraordinarij” [sic], which means that she was hired as an extra when the occasion called for it. From those lists, we can see the other people she worked with, and that tells us a lot. For example, some of those people were members of the court’s concerto delle donne, or Mantua’s virtuoso women’s ensemble in emulation of the original group from Ferrara. There are also some big names attached to her — [Renaissance and Baroque composers] Claudio Monteverdi, Alessandro Striggio, Giovanni Giacomo Gastoldi, to name a few — that tell us she was doing some really incredible performance work.

Beyond that, we have some eyewitness accounts that we think described her. A lot of it is guesswork gleaned from those reports and her known associations in various performances. For example, there is a theory that she played the part of [the Greek mythological figure] Europa in Act II of “The Rape of Europa,” an intermedio composed by Giovanni Gastoldi to lyrics written by Italian poet Gabriello Chiabrera. Some have even suggested that Europa was a stage name based on that role, but that’s probably not true.

Why did her story resonate with you?

As a Jewish performer who is interested in Renaissance music, as well as a trombonist in what has, up until very recently, been a male-dominated field, I feel some personal kinship with Europa. I don’t doubt she had to navigate some interesting situations as a professional Jewish woman musician in a secular world. In a broader sense, Europa’s story weaves together important threads from the Italian Jewish community, women musicians and Renaissance music more generally. That’s really significant! It seemed like a really important story to tell.

What was the most surprising thing to you about her story?

Madama Europa never converted to Christianity — in fact, none of her family did, which I found very interesting. There was a lot of pressure on Jewish musicians to convert, and I can imagine that it was no different for Europa.

One of her colleagues, the harpist Abramino dall’Arpa, did succumb to that pressure, undergoing a forced conversion and getting baptized under a different name. It’s not a happy story, and it resulted in his legacy nearly disappearing into obscurity. But Europa’s descendants continued to live and work as Jews.

What is the significance of her being a Jewish musician? And a Jewish woman musician at this time?

As a performer, she is highly significant. Reports of professional Jewish women musicians are extremely rare. While Jewish women and girls did study music, familial duties usually came first. On top of this, Jewish communities in Italy sometimes enacted self-imposed sumptuary laws aimed to prevent accusations of impropriety or ostentatiousness by reigning authorities. While the Jewish community in Mantua had a relatively tolerant relationship with the ruling government during the late sixteenth century, this wasn’t the case everywhere. Madama Europa’s occupation as a professional musician essentially created a bridge between the Jewish community and the ruling dukes of Mantua, as well as between Jewish women and the professional performance world.

Why did it feel important to revive her music today?

As in Abramino dall’Arpa’s case, we have a lot of examples of erasure in the history of music performance and composition. This occurs not just with the Jewish community, but with many marginalized communities throughout the centuries and in many different parts of the world.

Even in the Jewish community of Mantua, we are mostly only aware of Salamone Rossi’s music, and that’s because he had the privilege of publishing it. However, there were so many more voices that haven’t yet been heard.

Madama Europa was alive and active during one of the most exciting periods for music in Western history, when Monteverdi was writing the first operas and the great theatrical spectacles were taking place on stages throughout Europe. I think it’s really important to uplift her voice.

It gives us a more complete picture of what was truly happening, and greater insight into the cultural and artistic tapestry of Italy during the late Renaissance.

What are you hoping that people will take from this concert and from getting acquainted with Madama Europa?

I would love for people to walk away from these concerts with a new appreciation for Madama Europa’s role in Italian Renaissance music, as well as a broader understanding of the importance of the Jewish community in Italian music and culture. We’re very familiar with names like Monteverdi and Striggio, for example, but the world in which they were writing music was peopled with a diverse array of talented artisans who had a direct influence on what they produced. Madama Europa was one such voice, and if the audience leaves simply with a new knowledge of her story, I’ll be happy.

Also, the music is absolutely luscious — in addition to singers, there will be strings, Renaissance brass, harp, guitar, theorbo and harpsichord — so I very much hope people will enjoy that!

You can buy tickets to the concert here.